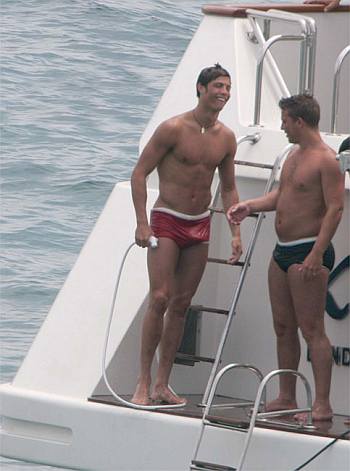 Hot damn. Please tell us we are not the only ones thinking that the Portuguese soccer star caught all the gifts when God sprinkled them down from heaven. How can ordinary guys go head to head with him, no? 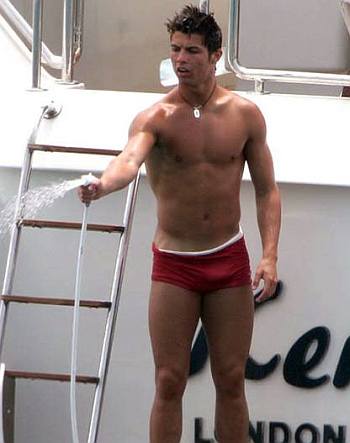 …..
Cristiano Ronaldo’s Underwear: Tighty Whitie Briefs? (16 February 2009). Why is no underwear company hiring Cristiano Ronaldo to model their undies? He sure has adoring fans who worship him and who, no doubt, will buy whatever underwear he is made to “market”.

Until a company hires Ronaldo to model their underwear, we have to content ourselves with paparazzi photos of the guy looking impressive in his Speedos as well as in photos like the only below which, to be honest, is kinda hawt. Who says tighty whitie is a thing of the past? Certainly not one of the best football players in the world. 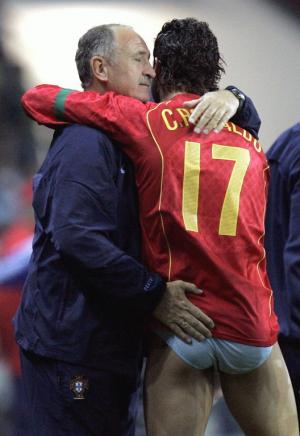 UPDATE: A few months after we asked why no one is hiring this talented and hunky Portuguese footballer as their underwear model, the people of Armani went on to hire him precisely to model their famous underwear. Check out these Cristiano Ronaldo in Armani Underwear photos. Now, if you are into wet celebs, then you should check our post on male celebrity wet underwear.

…..
Cristiano Ronaldo Shirtless (28 July 2008). For those of you who are fans of a shirtless Cristiano. We gotta give him props for getting a real tan and not the orange fake tans that some celebrities are getting these days. 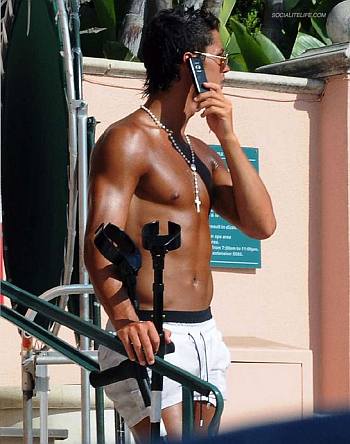 We hope he does not overdo it though because, as you all very well know, too much time under the sun can be bad for one’s health. 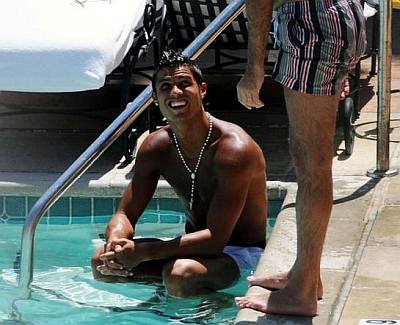