Famewatchers, meet Ewan’s better half, Eve Mavrakis. She sure is pretty but what’s up with her dress? It’s shimmering and all but it looks, for want of a better word, “ribbony”. It’s what our friend Deena would say “a design-challenged dress”.  And it reminds us of the gift we received last Christmas which was wrapped in gold with a ribbon on top. 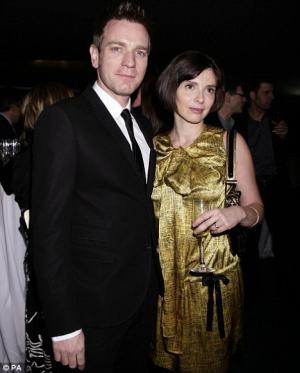 IMDB tells us that Eve is film production designer and that she met Ewan when the two worked together in the TV series, Kavanagh QC. She’s born 22 June 1966 in Dordogne, Aquitaine, France. Eve and Ewan got married way back in 1995. They now have two children Clara Mathilde, Esther Rose, and Jamiyan. Probably the most popular film that Eve worked on is the 1998 classic, Lock, Stock and Smoking barrel directed by Guy Ritchie.

But enough with Eve’s background. Let’s check out more of her dresses. Do you think she needs a stylist? This next dress is just not flattering on her. 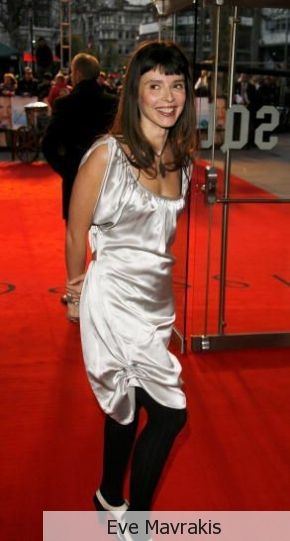 This one’s better, black is safe. No one ever goes wrong with a black dress. In fact, most of the dresses we’ve seen Eve wear to events is black, black, and black. 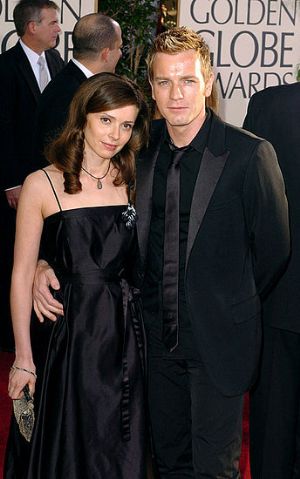 But she does change it up every now and then like when she wore this purplish dress which looks pretty good on her. This is our favorite dress for her. [Want more celebrity dresses?] 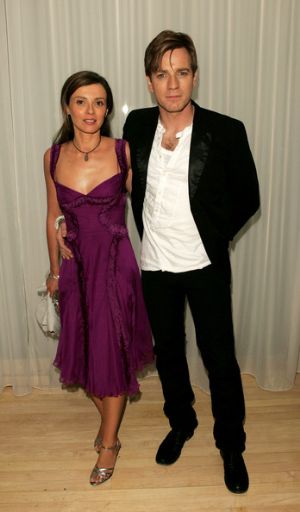 So that’s it Famewatchers. Oh by the way, for those of you who are wondering, our favorite Scottish hunk is late night talk show host Craig Ferguson. We think he’s friends with Ewan because they always have a hell of a time whenever Ewan visits Craig for interviews.