Eric Decker Shirtless, Gay or Girlfriend, Underwear, and Wedding Photos. Seven years latter, we are updating this post on Eric Decker. Our former college jock from the University of Minnesota is now a bonafide NFL star. He is currently playing for the New York Jets. He joined the NFL in 2010 when he was picked by the Denver Broncos as the 87th overall pick.

Oh, Eric is also very much married. He tied the knot with country singer Jessie James last June 2013. The couple have three children together. Here’s a photo from the Eric Decker and Jessie James wedding. 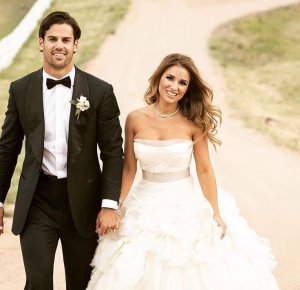 Of course, you want more Eric Decker shirtless pics so we are bringing you more: 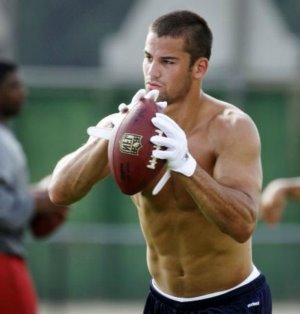 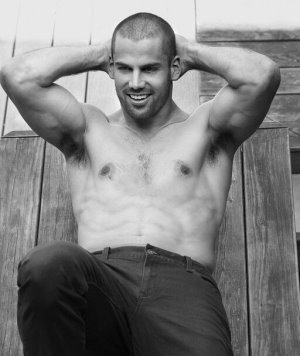 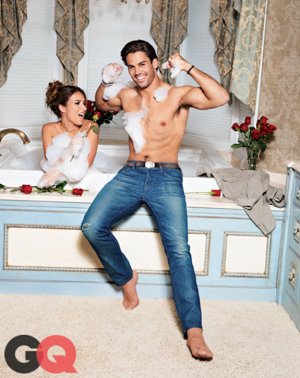 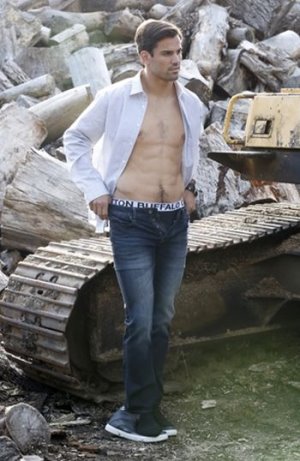 Like many professional athletes, Eric wears Under Armour underwear: 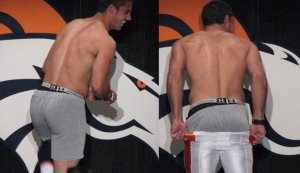 Eric Decker Gay Pose. Our Eric is as straight as an arrow but here are photos of Eric doing kinda gay stuff. Hehe. 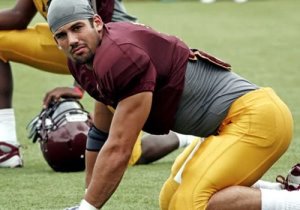 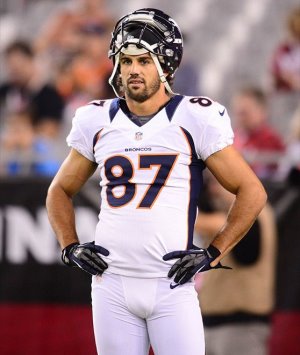 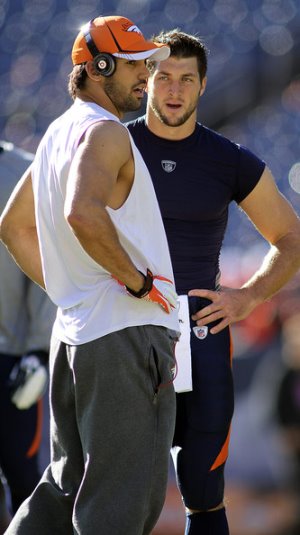 Eric Decker Shirtless College Jock: University of Minnesota (posted 5 February 2010). Today, in our ongoing project to bring you the hottest college hunks from around the world (oh, really?), we decided to do a post on Eric Decker of the University of Minnesota. Eric is every inch a sports jock; he’s the wide receiver for his college football team and is the outfielder for the baseball team. Ain’t that awesome. 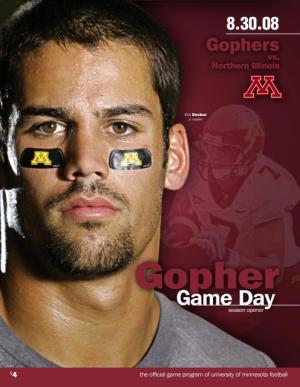 What about football, is Eric good at it? Huh! Of course he is! Otherwise, Sports Illustrated columnist Stewart Mandel would not be declaring him as the “3rd best wide receiver in college football” across the entire US of A.

Check out these shirtless photos of our Eric. 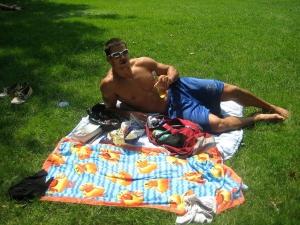 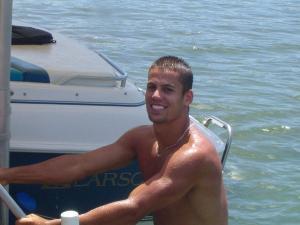 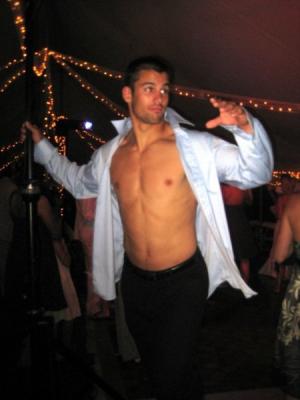 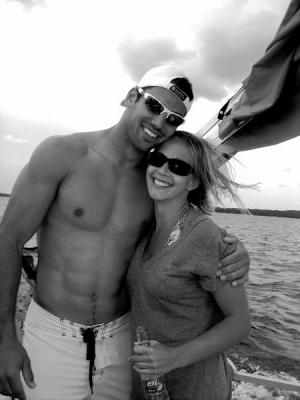 …..
Dress Like a Football Player: Eric Decker on GQ Magazine (27 November 2010). You want more Eric Decker fashion style don’t you? Of course so do! So here’s the second part of Eric’s fashion spread for GQ Magazine. In the first photo above, our Denver Bronco footballer is dressed in a wool coat by Hugo Boss, sweater by J. Lindeberg, shirt by Rag and Bone, and khaki pants by Dockers. 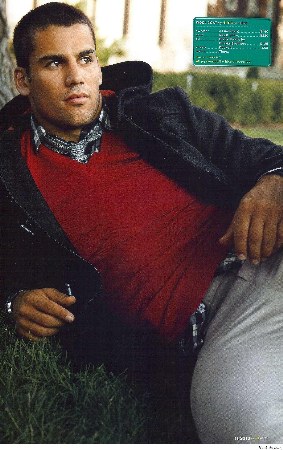 And what is he wearing in this next pic? That’s a wool coat by Topman, sweater by Polo Ralph Lauren, and shirt by Brooks Brothers. 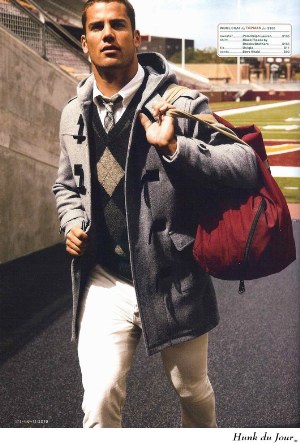