He’s been in the acting biz since 2011 and currently stars as Fangs Fogarty on the TV series Riverdale which you can watch on The CW or Netflix. To date, he has a total of 28 acting gigs according to IMDB and this includes the upcoming Netflix movie Work It which also stars Keiynan Lonsdale, Sabrina Carpenter, Jordan Fisher, and many more.

So how hot is our Canadian actor? Well, he sure is sizzling hot in this interesting photo where he’s like simultaneously wanting and not wanting to show us his underwear. 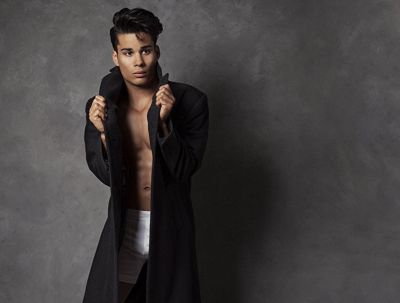 Speaking of underwear, Drew actually shared a saucy selfie of himself wearing a pair of Calvin Klein boxer briefs. It is so sizzling hot we had to crop it so as not to increase our Grandma Akita’s BP reading. 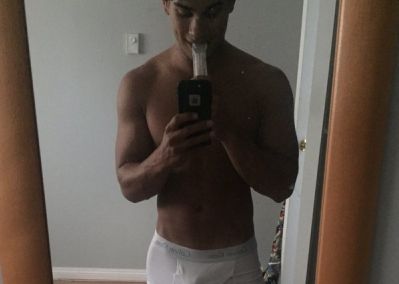 Anyhoo, here are more hawt photos of Drew who truly is in pretty good shape considering his six-pack washboard abs and all. 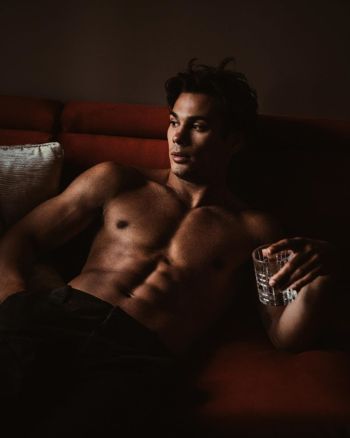 According to Men’s Health Magazine, Drew is the love interest in Work It and the director encouraged him to have a bod that would”break the internet”:

The young star was cast as the romantic interest of one of the characters in an upcoming Netflix movie, the Alicia Keys-produced Work It, and the film’s director had a very specific challenge for his look: “She told me, ‘I want people to watch this movie, and I want you to be like, the hot guy of the generation,'” Tanner recalls in an interview with Men’s Health. “‘I want it to break the internet’ were her words.”

Well, you sure kind of did break the net with your saucy underwear photo, Drew. Hehe. 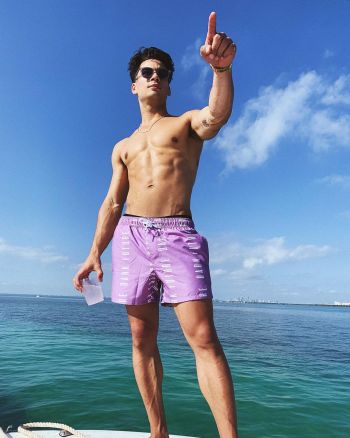 For those of you searching for smoking photos of Drew Tanner. Let it not be said that we don’t literally give you want you are looking for. 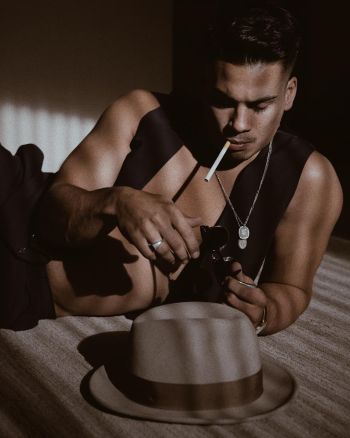 Drew goes shirtless by his trailer. 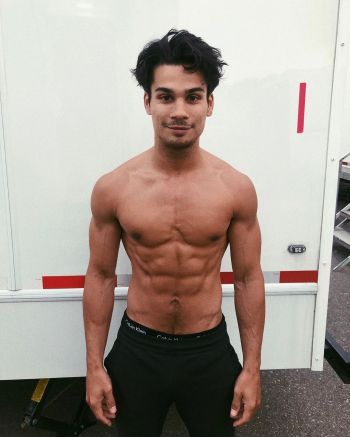 Drew Tanner Gay or Straight? We do not know his preference in real life but he’s kind of a tease in Riverdale where he gets flirty with both guys and gals. Okay, not him but his character Fangs Fogarty. Anyhoo, we will update this post in the future once we do have the answer to this question. 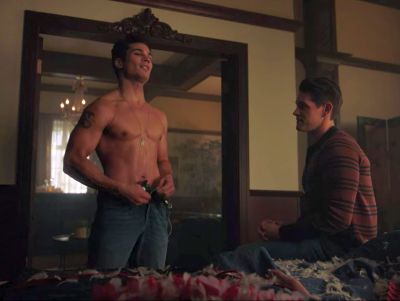 Initially, we thought the girl below is his girlfriend when we came across the pic on Drew’s Insta (follow him @drewraytanner). Turns out that the twosome coosome are modeling Daniel Wellington watches. They look so good together though, don’t they? 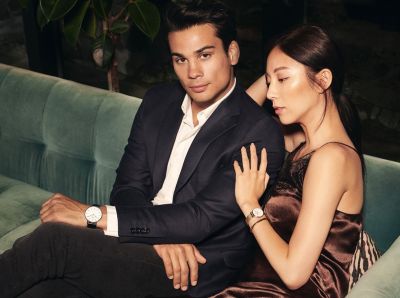 Drew does a meet and greet for Daniel Wellington which is a fairly new Swedish watch brand established by Filip Tysander in 2011. 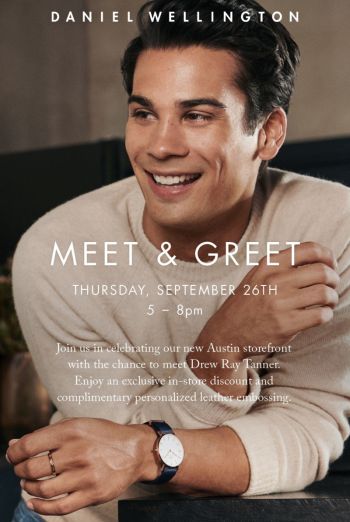 Drew Tanner Ethnic Background. He is of African/Jamaican and Chinese descent according to ethnicelebs.com. Drew and his mom which we grabbed from his Instagram page (follow him @drewtanner). 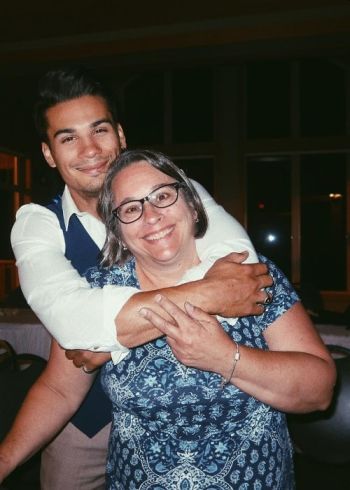