Donald Faison Zach Braff Underwear and Shirtless Photos. Hello fellow Famewatchers, you want some hot men in uniform, doncha? We know you do. So let’s check out Donald Faison and Zach Braff in these still photos from back in 2009 when they spoofed the iconic TV show CHiPs. These two look good in them khaki police uniform, don’t they? 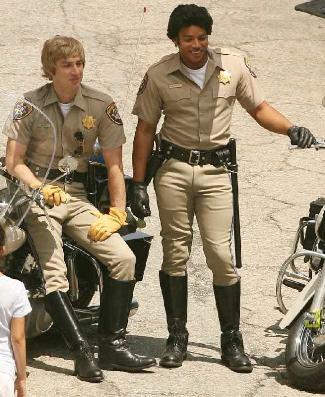 You know of course that these two are BFFs (Best Friends Forever) so its no surprise that they continue to do things together. They go to awards and red carpet events together, they go to parties together, and they go on vacations together (with their families of course). Last December Zach married off Donald to CaCee Cobb. The newly married couple are expecting a baby according to the latest reports. Congratulations, Donald and CaCee. 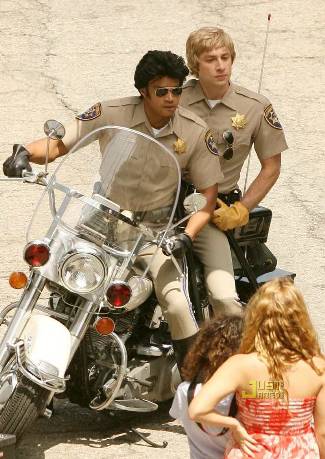 Still, we know that Donald’s new relationship status does not spell the end of the Zach and Donald bromance, right? Otherwise the superfan who wrote the following “conversation” between the former Scrubs co-stars will be very, very disappointed. 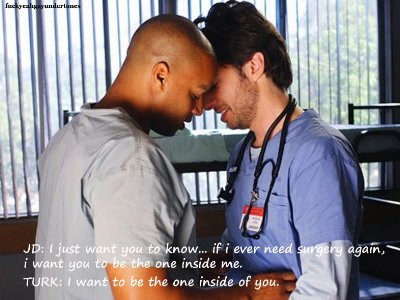 Speaking of Scrubs, one of the highlights of the show for our friend Deena would be any scenes where either Zach or Donald strip to their underwear. Check out the still photos.

Obviously, our Donald does not limit his underwear preference to tight briefs. He likes him his boxer shorts too. 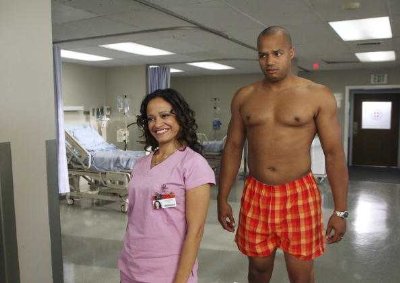 For his part, Zach also likes him his boxers underwear Question: What is he doing in the picture? Our grandmama is kinda scandalized by it but we assured her that Zach is just having a medical checkup. Haha. 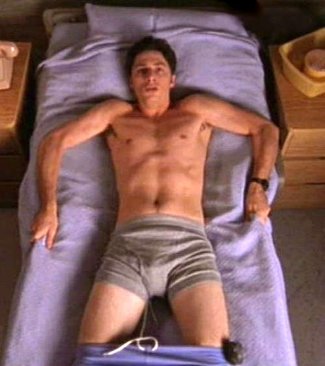 Zach in a pair of what appears to be boxer briefs. 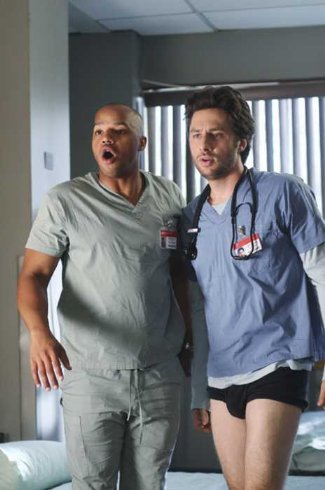 Do we have any updates on what either of these BFFs are doing in terms of projects? Donald is going to be in the next installment of Kick-Ass where he plays the role of Dr. Gravity. Watch out for the movie this coming June. Meanwhile, Zach will be in the upcoming fantasy adventure film, Oz: The Great and Powerful. It’s due for release next month, March 2013.