Dominic Cooper Underwear, Speedo Swimsuit, and Shirtless Photos. We’ve seen him looking dapper in stylish in his suit, now let’s check our Dominic Cooper looking hot in his skimpy Speedo swimsuit. Oh wait, we think that’s an Adidas swimwear and not a Speedo. 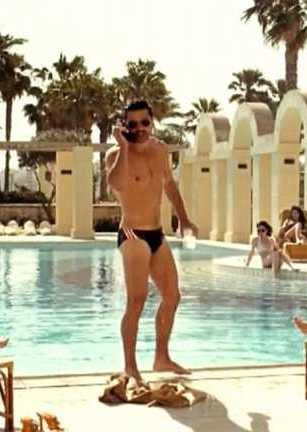 We’re told that the above pic is from the movie, The Devil’s Double, where our British hunk plays the dual role of Uday Hussein and Latif Yahia. Want more male celebrity Speedo? [Note for the history buffs among us: Uday is the son of Saddam Hussein while Latif Yahia is an Iraqi soldier who resembles Uday and who was forced to be the former’s “body double”.] 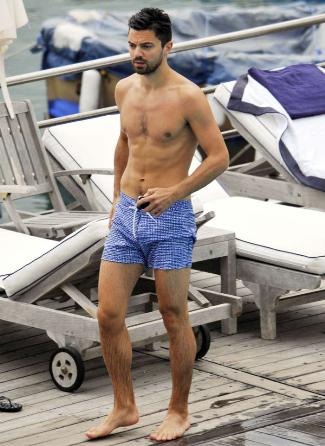 Damn! He looks fit, gorgeous, and body-sculpted in this still photo from Mama Mia. 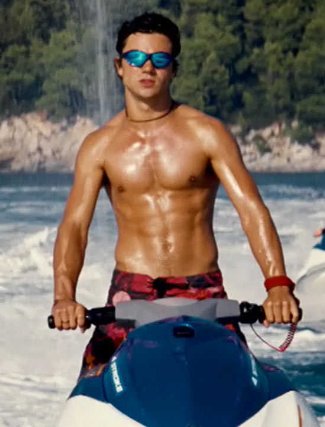 By the by, if you have ever wondered whether Dominic is gay, rest assured that you are not the only one. In fact, his Mama Mia co-star and future ex-girlfriend, Amanda Seyfried, thought that he was gay. Reports starpulse.com:

Amanda Seyfried was convinced her boyfriend Dominic Cooper was gay when she first met him. The pair fell for each other on the set of Mamma Mia! last year and has been stepping out together ever since.

However, Seyfried admits the romance almost didn’t happen. She tells Britain’s InStyle magazine, “It was so not instant. I thought he was gay. I didn’t know many Englishmen and it was just the way he dressed – he’s quite fashionable.”

Oh come on, Amanda. Just because someone is an Englishman and is quite fashionable does not mean that he is gay. Yeah, even if he loves to wear V-Neck shirts which, according to the silly Malaysian Ministry of Education, is a sign that a guy is gay. 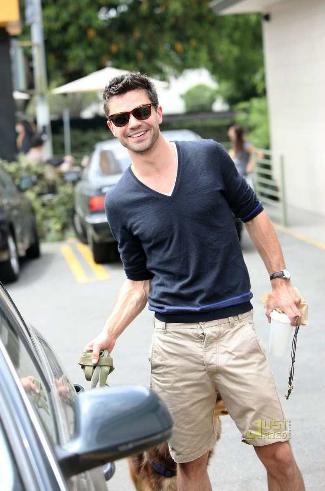 But he appears to be LGBT-friendly having appeared in Attitude Magazine. Check out Dominic’s photos for Attitude: 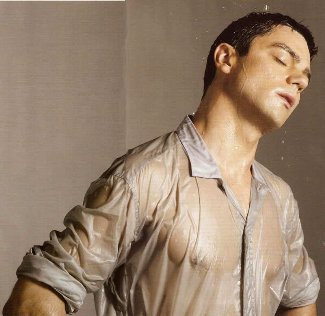 The pic above reminds us of Big Bang Theory’s Sheldon Cooper? Must be the haircut.

Dominic is one of them guys who don’t have to chuck off their clothes to exude their masculine hotness. As you can see in the next photos below, he sure is rocking his tank top shirts. 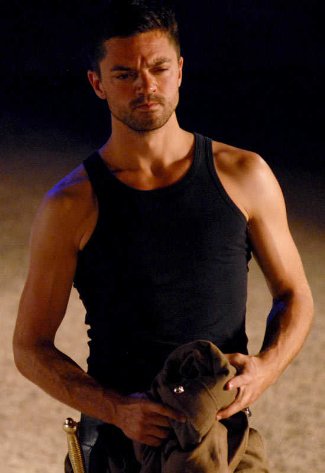 Our friend Deena thinks there should be a Hollywood rule that buff actors like our Dominic should have at least one scene in their movie or TV projects where they are wearing athletic shirts. Interesting thought and not that it is inherently bad but how do you implement it? Is there going to be an athletic shirt police to ensure that the rule is followed. 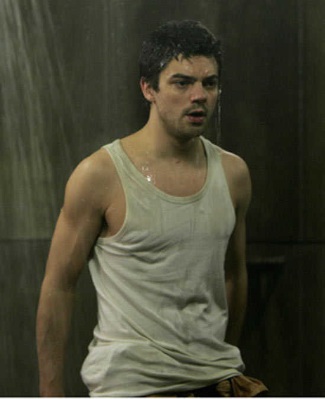 2020 Update: Apparently, our Dominic stripped down to his boxer briefs in some scenes on the AMC TV series, Preacher. 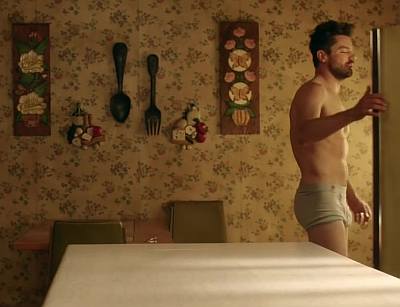 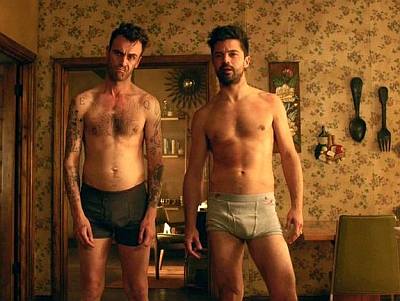 And here are GIFs from the show for those who like them their GIFs rather than still photos.

Relationship Update: Our English actor is no longer dating Ruth Negga. These days, he is reportedly seeing actress Gemma Chan.