Derek Jeter Shirtless, Baseball Shorts, Young Derek Photos. Is baseball star sporting a woody in the photo below? Or does our good friend Deena have an over-active imagination? She insists its a b*lg*ng package (in which case, it must have made Alex Rodriguez a very happy guy indeed). But we kinda think that maybe Derek is just carrying something in his pocketses. 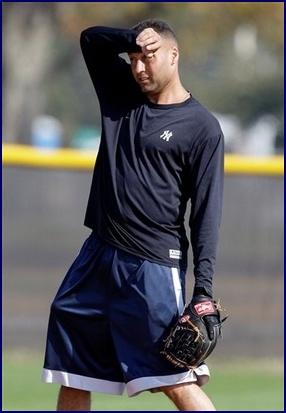 It’s not as if he is dancing with a star (a-la Mark Ballas when he partnered with Olympic champ Shawn Johnson) to get him excited. But then again, men’s you-know-what have a mind of their own like in the case of Cristiano Ronaldo’s teammate, which if you’ve seen the video, left Cristiano curious and confused [See Is Cristiano Ronaldo Gay? Update: Sorry, no more video. It’s been disabled!].

Anyhoo, those of you who are looking for “revealing” baseball players should go check out our post on Gabe Kapler’s Speedo. For sure, that Gabe has all the right hmmmm in all the right places. We’re referring to his well-developed muscles, okay? UPDATE: Of course we know it’s a baseball in his pocket. It’s painfully obvious!

Here are some shirtless photos of the baseball star for those of you looking for ’em. It would seem that Derek Jeter shirtless photos are so rare such that the New York Post puts him in the front page when he goes shirtless. 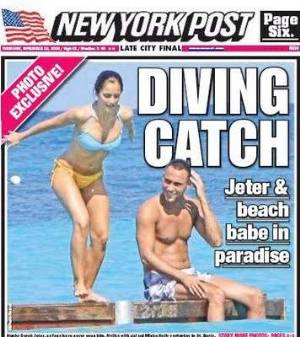 Derek go swimming with then girlfriend Minka Kelly. According to the Los Angeles Times, the actress and the baseballer have called it quits “amicably” and that they remain “friends”. 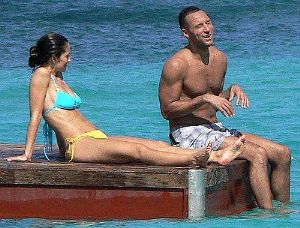 Now, some of you are wondering what Derek looked like when he was a kid. We’ll we’ve got photos for you too. Here’s Derek when he was still learning the ways of baseball. 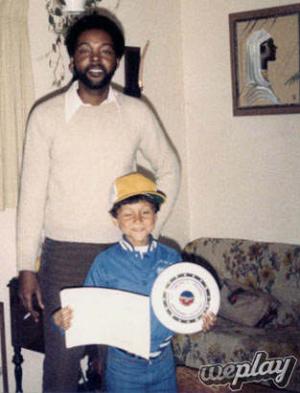 Who wants some Derek Jeter baseball cards? All of us? Here’s one from back in 1992 when he joined the minor leagues. 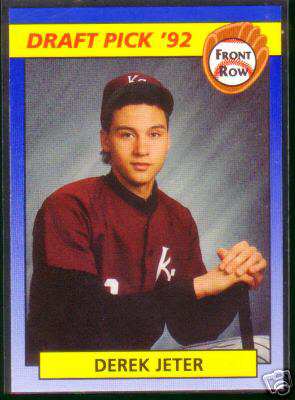 Another one four years later in 1996 when he was a rookie with the New York Yankees. 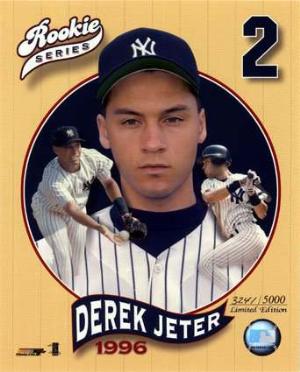 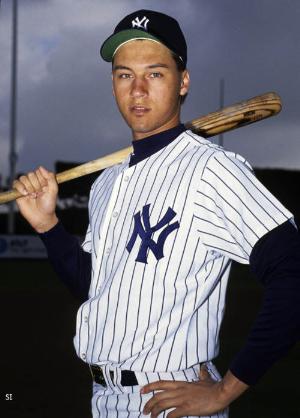