Brad and Angelina Family Photos: Portraits of a Hollywood Family. Wow. What a great picture. It’s one big happy family, I must say. Angie looks so motherly in this photo which definitely adds to her appeal. Brad looks like a great daddy too. The kids? They’re adorable. But where’s the older boy? 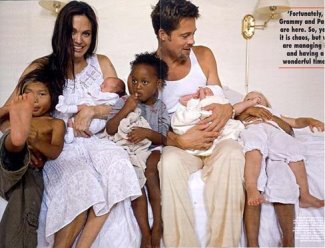 OTHER BLOG POSTS ON THE BRANGELINA FAMILY

Now, is it me or are the twin’s names a bit hard to pronounce? Seems like you have to do some tongue twisting to say Vivienne Marcheline or Knox Leon. Brad and Angie should have picked easier names. Just saying. 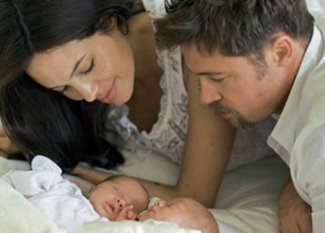 Finally, we now have the photos of the Brangelina twins. All I can say is wow, wow, wow. I’m speechless. These really are great photos. They’re all so adorable [especially Brad, hehe]. The twins got Angelina’s famous lips. 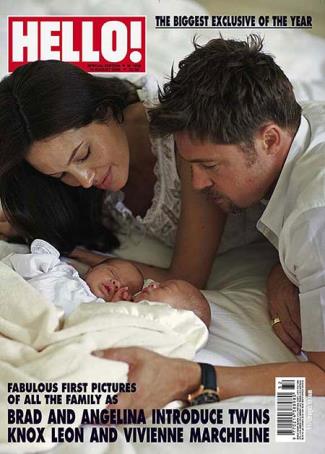 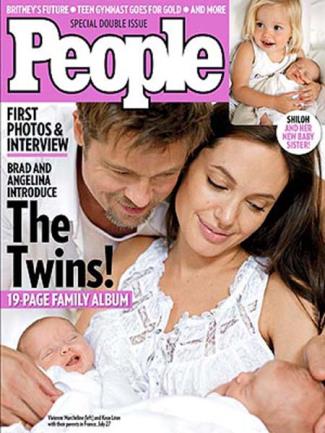 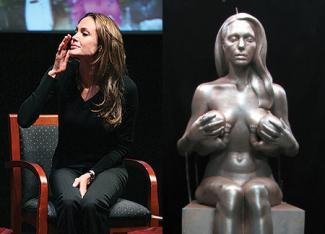 Anyways, the above statue by Daniel Edwards was made in honor of World Breastfeeding Week and will be unveiled in Oklahoma sometime in September.

Says Sandy Wilson of Phantom-Financial, the organization behind the statue: “We believe the statue sends a beautiful message by promoting the acceptance of public breastfeeding. Mothers should be encouraged to nurture their babies anywhere.”

Oh, here’s the photo of Angie breastfeeding her twins which reportedly inspired the sculptor. 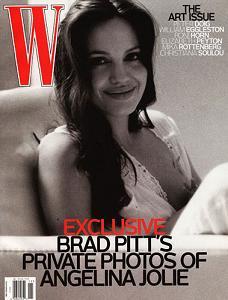 10 August 2009: Here’s another and more interesting photo of the Angelina Jolie sculpture where she’s breastfeeding her twins. We’re with those who are hoping that this will help promote breastfeeding among mothers as mother’s milk is the baby’s main defense against parasites. 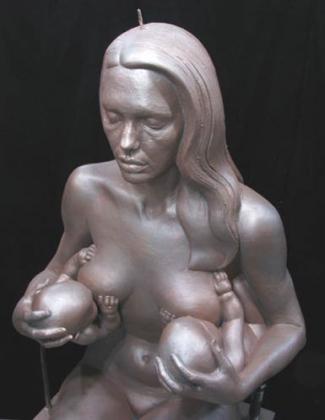