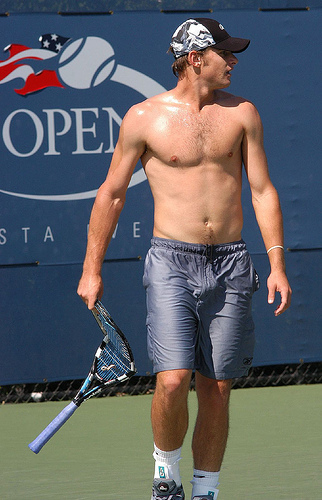 Here’s another one although it isn’t as prominent. 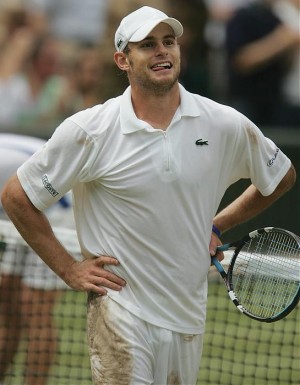 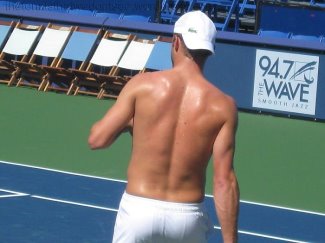 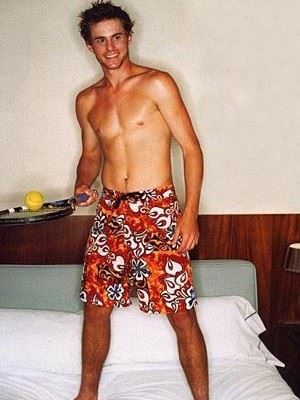 Who wants to jump in bed with Andy? 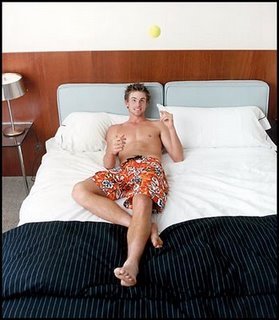 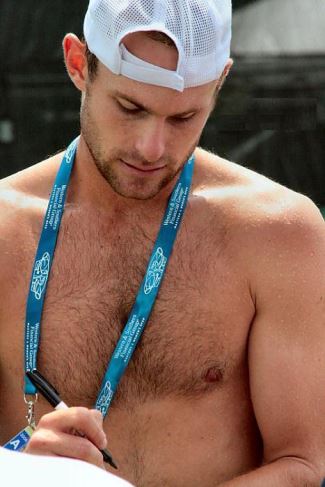 A shirtless Andy Roddick playing tennis or signing autographs for his fans may not be as hot (or to some, as scandalous) as a Henrik Stenson playing golf in his boxers but Andy is still hawt, right? But of course!

Since we’ve agreed that Andy is hot, the remaining question now would be, “Should he shave his chest hair or should he leave it unshaved?” We have a bias for men with chest hair so we think he should keep it. What do you think? 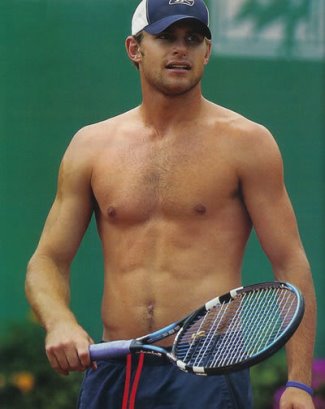 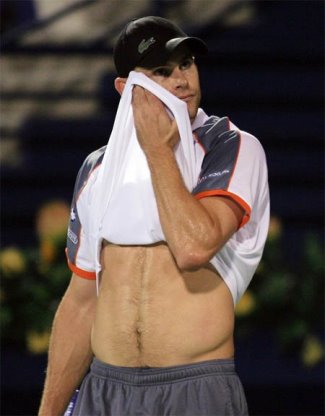 Congratulations to John Isner for the biggest win in his tennis career so far. Too bad it had to happen against Andy Roddick who we are starting to love after his epic Wimbledon loss to Roger Federer. Here’s a video on the tie-break which sealed Isner’s victory.

Andy Roddick was beaten by a girl. Her name is Serena Williams. We hope someone has a video of this match and uploads it on Youtube :-)

According to a report by the Associated Press, Andy is laughing off his loss to Serena as he lost when he was a skinny wee kid at ten years old while she was already “bench-pressing dump trucks.”

Williams jokingly mentioned in her website that she beat Roddick when they were training together as preteens in Florida.

Asked to comment about his loss to Serena, Roddick stated that Serena keeps bringing up their match: “Any chance she gets, she just does it to get under my skin, and she does it very successfully. She forgets to mention that it was 1993. When we were 10, I had to literally run around in the shower to get wet. She was bench-pressing dump trucks already at that time.”

Andy also asserts that the score is a respectable 6-4 and not 6-1 claimed by Serena.

Andy shared that he didn’t play against the older Williams sister, Venus, because she was “way too good.” Says Roddick of his tennis training with the Williams sisters: “We just spent hours and hours out there just playing. We all have done pretty well, and all three of those little kids out there got to No. 1, which is pretty cool.”

Very interesting story about America’s top tennis stars, no? Funny how Serena turned out to be the more successful sister in the Grand Slams. We remember the time when all the talk was about Venus and Serena wasn’t being mentioned at all.

UPDATE: Several years later, Andy Roddick got back at Serena by imitating her on court :-)