David Villa Shoes: Adidas AdiZero and Christian Louboutin Sneakers. Who owns this ridiculous-looking leopard print shoes? According to Spanish footballer Gerard Pique who tweeted the photo on Twitter, this horrendous pair of sneakers is owned by his fellow football star David Villa. 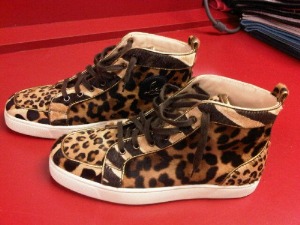 David, David, you’re cool and you’ve got great abs but this shoes – like some of the shoes by its creator Christian Louboutin – is just ridiculous. Sure that Louboutin guy is a well-regarded shoe designer and all but he sometimes come up with overpriced ridiculous crap like this leopard print shoes that dudes in their right mind would not be caught dead wearing. Ugh! 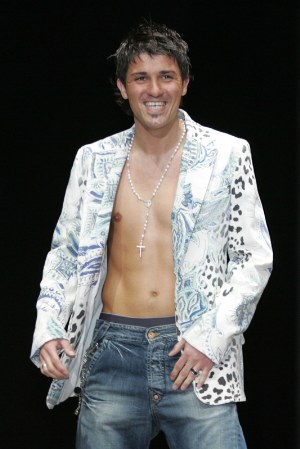 Our David sure is a fan of outfits with animal print, no? 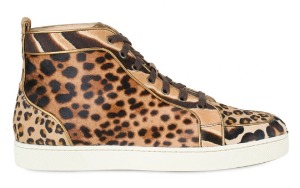 Lets take a closer look at this David Villa shoes by Christian Louboutin. 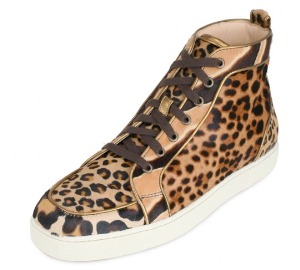 We guess its an overstatement to call it a “shoe collection” but since we will be adding to this update in the future we’re gonna call it that, shall we? Anyhoo, here’s the hunky Spanish footballer modeling his big Adidas Originals Men’s Ciero Mid Sneakers (also a Joe Jonas and Stephen Moyer favorite). 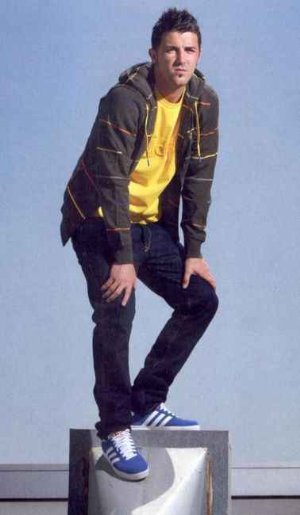 And here’s our David on the pitch getting ready to be the badass ballkicker that he is during a FIFA World Cup match in Johannesburg, South Africa. What particular Adidas shoes is he wearing? That’s a pair of Adidas Mens F50 AdiZero TRX FG Soccer Cleats, baby. 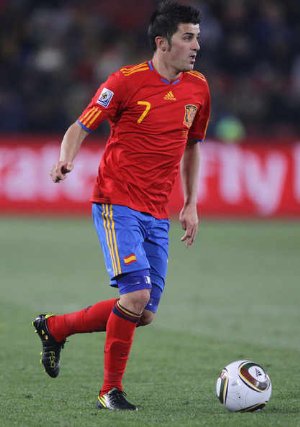 Finally, here’s David with Argentinian footballer Lionel Messi. Out of topic question: have you seen our post on Lionel Messi Underwear? Hehe. As in the previous photo, David is wearing an Adidas Mens F50 AdiZero TRX FG Soccer Cleats in the next image below. 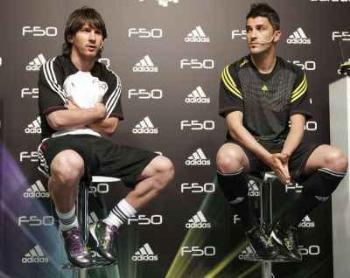