David Beckham on Adidas: Shoes, Body Hugging Shirt, & Jacket. Where in the world is David Beckham? Well, today, he is vacationing in Marbella, Spain where he was spotted by the locals running in his all-Adidas ensemble. Yup, he’s an Adidas man from head to toe – from his shoes, to his shorts, to his body hugging Lycra shirt, and to the jacket he later put on to get a little warm. 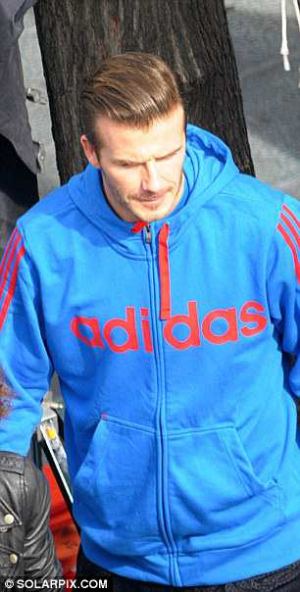 We won’t be surprised if he is wearing Adidas underwear underneath them black running shorts of his. Adidas does make men’s underwear, right? Hmmm, come to think of it we are actually not sure if Adidas has an underwear line.

But the German sportswear giant does make swimsuits which we mistakenly referred to in the past as Adidas Speedo Swimsuit. We’re confident though that we are not the only ones who would make what our friend Kevin calls “brand faux pas”.

Anyhoo, let’s get back to David Beckham and his Spanish adventures. According to the Daily Mail, David and Victoria (funny how we are not calling them either DaVic or VicDa a-la Brangelina) and their brood. Actually, if it is not obvious in the above photos, the next pic will give you the clue that the world-famous football player is actually shooting a commercial for Adidas. 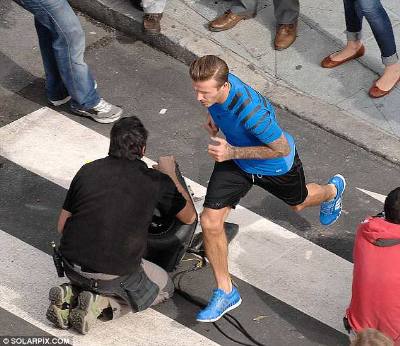 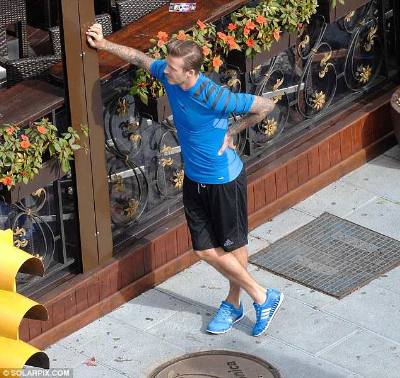 Oh, you’d rather wait for John, don’t you? Wait until Victoria hears about that. Now, is our David doing a booty tooch in the next pic below? We are soooo hoping it will appear in the commercial because it will make our model mama Tyra Banks very proud indeed.

[Deena says: Nope David is not doing the booty tooch. He is just touching his booty but is not arching it to emphasize its roundness.]

Point taken, Deena. For the record, this is what a booty tooch means as defined by them guys at urbandictionary.com:

To pop your booty out while taking a photo in order to accentuate your ass, making it look round and large.

Good for men’s magazines.
Tyra Banks: “You did the booty tooch. The booty is the new sex accessory, and you were tooching that back and that booty to make men look back there. Even though there’s not a lot there, you’re still tooching 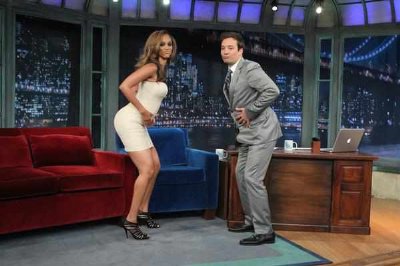 Oh, if only he did. Because he’s got a nice booty to pop as hinted by the next pic.