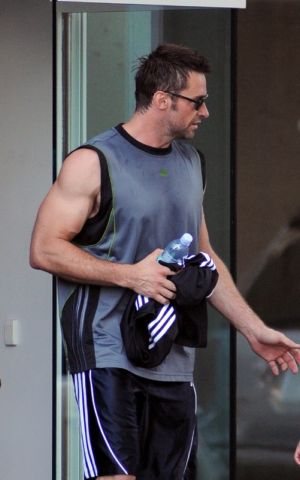 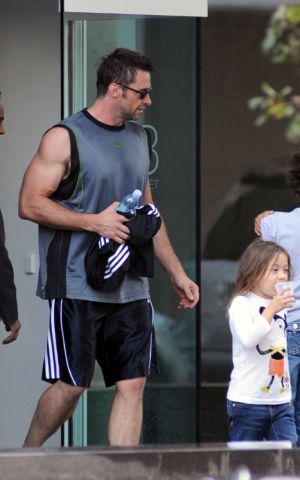 Who says working out and staying healthy can’t be a family affair? Certainly not our Aussie hunk! 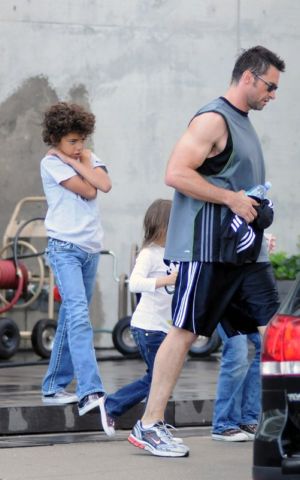 Hugh and his kids! 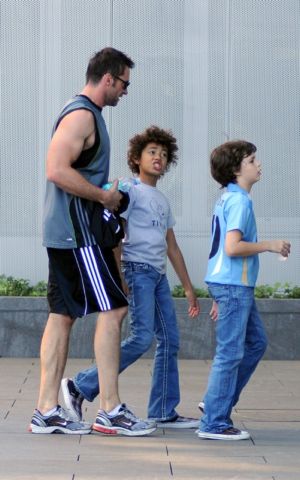 …..
More Famous Celebrities Wearing Adidas Sportswear (07 August 2011). Yes Virginia, Hugh Jackman isn’t the only Hollywooder who loves Adidas. In fact, this German sportswear label is very popular among celebrities and it was pretty for us to identify some of them wearing their Adidas outfits. 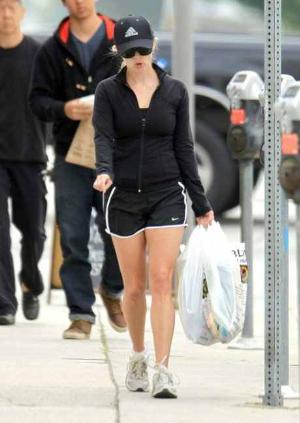 Another female celebrity who was spotted in an Adidas sweater is Buffy the Vampire Slayer’s Elisha Dushku. The Maxim Magazine’s sixth hottest woman in 2009 is wearing an Adidas Originals Trefoil Hoody. 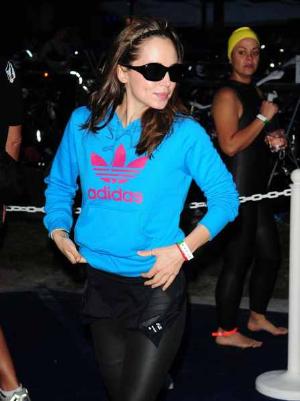 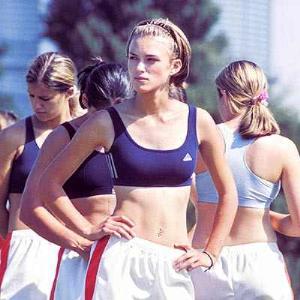 From female celebrities who wear Adidas sportswear, let’s now move on to their male counterparts. We begin with one of the most controversial men in America, radio talk show host Howard Stern who is seen here wearing an above-the-knee Adidas short pants while doing his running workout. Who’d have thunk the Howard is into running, no? 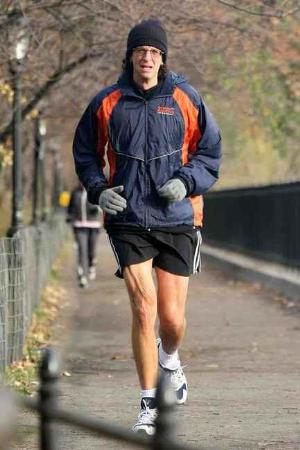 Adidas is popular among Bollywood superstars too. Here’s Shahrukh Khan wearing an Adidas sports jacket. Did you know Newsweek Magazine named Shahrukh as the biggest movie star in the world? Bollywood has a much bigger audience than Hollywood so we were not surprised about that. [Check out Shahrukh Khan in Tag Heuer] 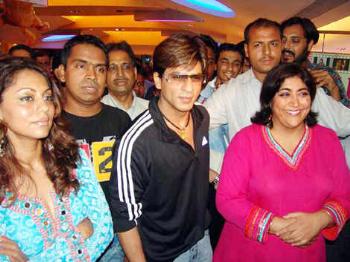 The last but not the least in our list of Adidas-wearing celebrities is South African golfer, Justin Rose. 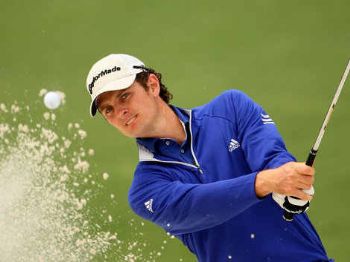 Doesn’t he look cute in that blue Adidas sweater? Justin has been playing professionally since 1998 and has a total of nine golf tournament titles to his name.