Is the fruitarian diet safe? Not if you ask Ashton Kutcher who tried the diet when he was playing the role of the late Apple co-founder Steve Jobs who, for his part, was an adherent of the diet.

Says Kutcher of his experience (via USA Today):

First of all, the fruitarian diet can lead to, like, severe issues. I went to the hospital like two days before we started shooting the movie. I was like doubled over in pain. My pancreas levels were completely out of whack. It was really terrifying … considering everything.

What is a fruitarian diet? Well, the name speaks for itself. You only eat fruits, nuts, and seeds. That means no meat, no vegetables, no grains. We understand how some people would not eat meat but what do they have against vegetables? [Want more celebrity weight loss & diet tips?]

Anyhoo, is there truth to what Demi Moore’s ex-husband is saying about the fruitarian diet? Could it really be dangerous to your health? 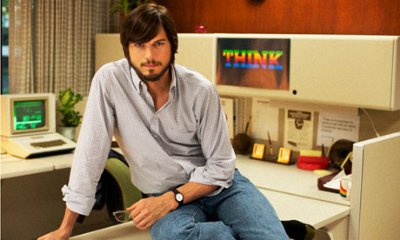 Gaynor Bussell, spokesman for the British Dietitic Association, appears to agree with Ashton. Here’s what he says as quoted by The Guardian:

It’s virtually impossible to get all the nutrients you need. You would miss out on essential fatty acids. One of the big ones is B12, and you can get some sort of anaemia if you don’t get enough. And deficiencies in calcium, protein and iron would lead to tiredness and lethargy. You would be prone to osteoporosis. The immune function would probably be quite low. We have to have things from all the different food groups for a reason.

And here’s what Go Ask Alice (of Columbia University) says about the fruitarian diet:

The human body needs a variety of nutrients. Because fruitarian diets provide fewer calories and protein than vegetarian diets, they are not suitable for teens.

For a teen, the implications of missing many nutrients can have long lasting effects. Following this eating plan can cause your body to fall short on calcium, protein, iron, zinc, vitamin D, most B vitamins (especially B-12), and essential fatty acids.

Not only could your height be affected, your bones may not reach their peak density, and vital nutrients for nervous system development may be missing in your diet. It’s important to understand that one food cannot provide the multitude of nutrients found in a mixed eating plan.

A fruitarian diet can be deadly as discovered by the parents of a nine-month old girl who’s diet was restricted to fruits. From The Telegraph:

THE story of nine-month-old Areni Manuelyan, who died from malnutrition after her parents placed her on a fruit-only diet, is both a tragedy and a warning to those who would subject children to adult fads.

Her vegan parents, who live in Surrey, admitted a charge of child cruelty at the Old Bailey last week. Yet the couple were described by the prosecution as “loving but misguided” parents. The Manuelyans are the most extreme example of a wider social trend: the desire, among many parents and even some schools, to feed young children a low-fat diet in the revered name of “healthy eating.”

As may be expected, the controversial diet is not without its advocates. Here’s Anne Osborne in an interview with The Raw Advantage:

C: So people who have not seen that much of you before, quick intro you know like how long have you been doing this raw thing.. how did you get into it?

A: I’ve been doing it for nearly twenty years now. I got into it purely by chance really because I gave up animal products for ethical reasons; I didn’t know about health. Immediately as I gave up dairy products, I stopped wheezing. I was at uni at the time and had to climb up the hill to get to uni. Every morning by the time I got to the top of the hill, I would be coughing and wheezing. Immediately when I gave up dairy and it stopped, I thought wow, what have I started here and just looked into different types of diet; then eventually found the fruit diet and it’s the one that’s stuck with me and I’ve stuck with it for 19 – 20 years.

C: So awesome. And you have kids, too?

A: Two kids. One’s nearly twenty. One’s seven and they were both brought up on a raw, vegan diet.

C: Just thriving on the fruit diet?
A: Thriving, yes, and happy kids, you know, just a nice way about them. People often say, “Is their behaviour down to their diet?” So people are making connections between these kids and the fact that they’re not hyper, that they’re active but not hyper-active and making connections between the diet. You can read a load of books but if you see a kid and you think, ‘yeah, something’s going right with that kid’, you know it speaks a thousand words.