Aaron McCusker Shirtless Irish Hunk in Underwear. It’s time for another Hot Irish Man and this time let’s have the Shameless cutie that is Aaron McCusker. How hot is he? We’d like to think that he is as hot as James Bond. Sure he may not be as toned as that oldie Daniel Craig but whoever caresses a gun while wearing nothing but a skimpy banana hammock is the very definition of a hot dude in our vocabulary. 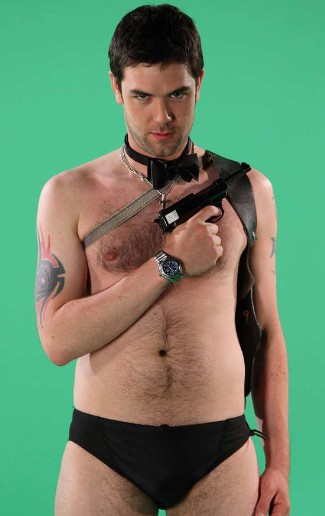 Not even Craig can pull that off, can he? 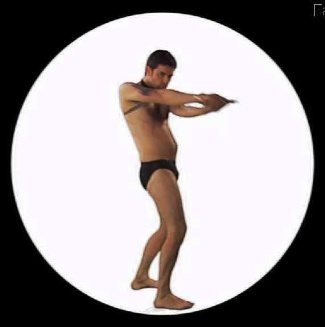 By the way, the pic above is a promo-shoot for the Channel 4 comedy drama, Shameless. Here’s what he said about the pic in an interview with OK Magazine:

Aaron, we’ve seen you in some cheeky photo-shoot poses before now, like when you promoted the James Bond episode in just your pants and a gun!
God, don’t remind me – that was before I started going to the gym. It’s quite embarrassing, especially that James Bond shoot, because I’m such a typical Irishman, I’m so white – so there I am in black Speedos! I looked like a milk bottle.

Awww. He’s a little shy of his pic. Come on now, Aaron. There’s nothing to be ashamed of. That’s actually what a real man looks like. Ask our hubby who isn’t ashamed of the little bulge in his midsection. He muscled he-men? Now those are the ones who are trying to compensate for something. Haha.

Anyhoo, for those of you Famewatchers who don’t watch British TV, our Irish hottie plays the role of sociopathic gangster Jamie Maguire. He co-stars with Ciaran Griffiths, the dude we blogged about days ago [see Ciaran Griffiths Underwear Photos].

Is Aaron McCusker gay or straight? Only 24% of internetizens (who voiced their opinion on gayorstraight.com) says that he is gay which apparently means that he is so not gay.

Well, they are actually right because our Irish hunk is very much married to girl. Check out this photo of Aaron and his wife, which we grabbed from the Belfast Telegraph. 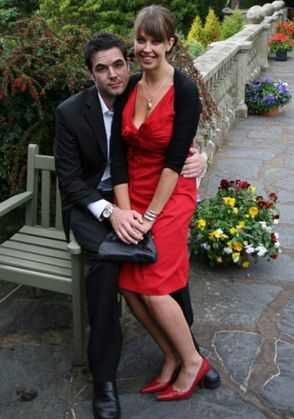 Update: Looks like Aaron has done something about his lovable midsection. Nice! 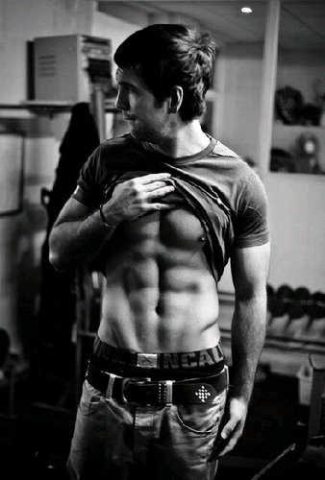