David Beckham Belstaff Leather Jacket. Is David Beckham going to be the new face or celebrity endorser for Belstaff? This is the rumor going on following the retired football player’s appearance on the launching of the brand’s flagship store in London. 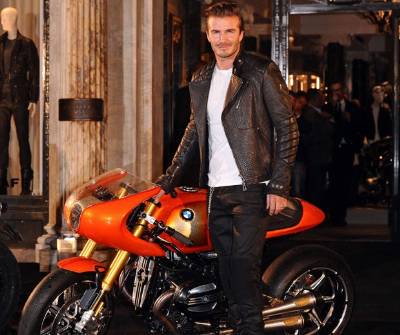 Like other famous celebrities, he is apparently a fan of the brand. In a Grazia interview, he tells us about his love for the Belstaff label (via look.co.uk):

“I began wearing a lot of Belstaff a few years back when I started riding bikes. I actually found my first [Belstaff jacket] when I was shopping in a vintage store, funnily enough, about six or seven years ago and I still wear that when I’m riding.”

Whether the global superstar will really headline a Belstaff campaign remains to be seen but here’s what Daily Mail says about it:

The former England star was the surprise guest at the cocktail party to celebrate the launch of the new store during Fashion Week. David is said to be the new face of the label for their new Spring/Summer 2014 campaign.

Here’s David with some female models in Belstaff motorcycle jackets. 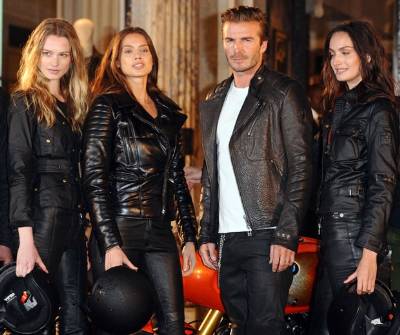 David Beckham Belstaff photoshoot with some bikers. By the way, the jacket he’s wearing is reportedly a Belstaff Kendal Jacket (which is embossed in grain leather). This made in Italy jacket is made of 100% leather (padding is 100% polyester while lining is 52% acetate and 48% cupro). How much does this beauty cost? You can have it for £1550 or $2,695 U.S. 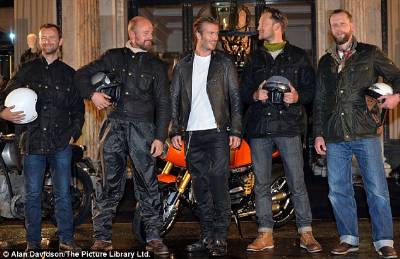 Now if the iconic football player is going to be the “face” of Belstaff for the upcoming Spring/Summer 2014 season, what does the clothing brand have to offer for its menswear collection? Let’s check it out, shall we? These are from the Belstaff Spring 2014 fashion show held in June this year: 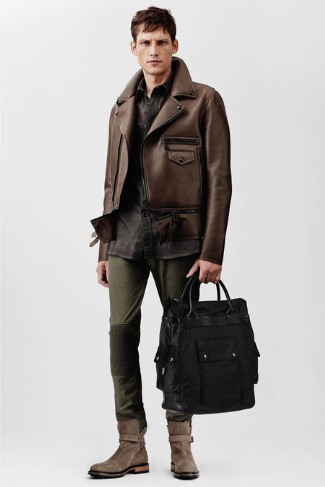 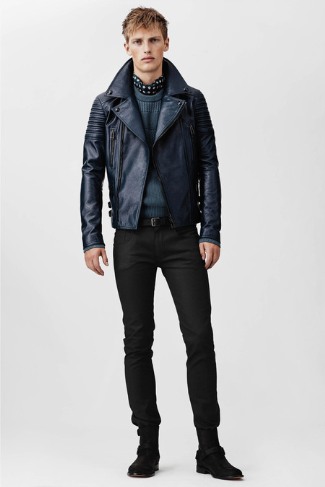 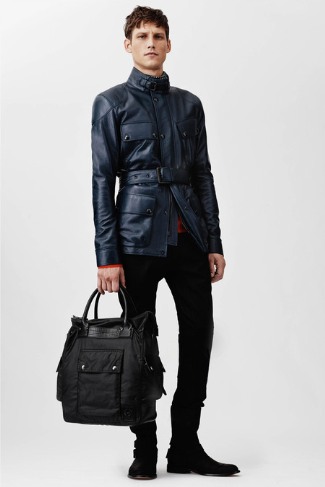 So which of the above jackets is your favorite. Take your pick, Famewatchers! For other Belstaff-wearing celebrities like Beckham, check out our post on Christian Bale’s Batman Belstaff leather jacket.