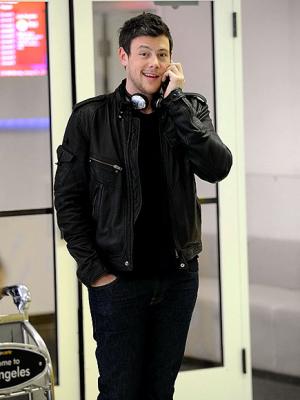 Canadian hunk Cory Monteith [Finn Hudson on the Fox TV hit, Glee] is dressed in a classic jeans and black leather jacket combo while he chats with us on his cell phone. If only the chatting with us part is true :-)

Anyhoo, Glee fans, here’s a trivia question for you: What job/s did Cory do before he became an actor?

According to wikipedia, he did all of the above so the correct answer is letter G.

Want more hot dudes from Glee? Check out the sexy and hunky Mark Salling. But, of course, you shouldn’t miss our post on Cory Monteith’s Underwear. 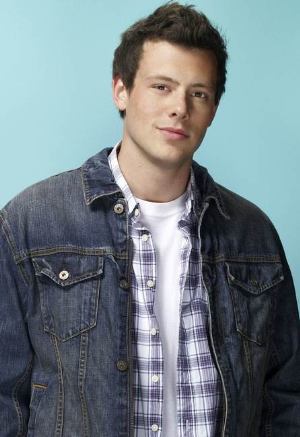 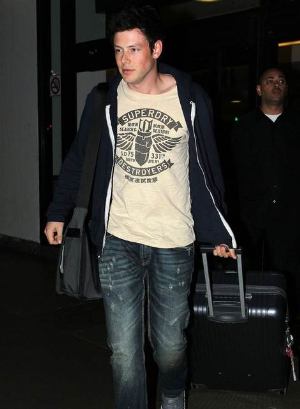 In a controversial issue for GQ Magazine featuring Glee stars (controversial because of this Lea Michele Underwear photo), Cory Monteith went for the “schoolboy chic” effect with the help of top designer brands; Cory’s ensemble features jeans by Diesel, shirt by Calvin Klein, and jacket by Armani Jeans. 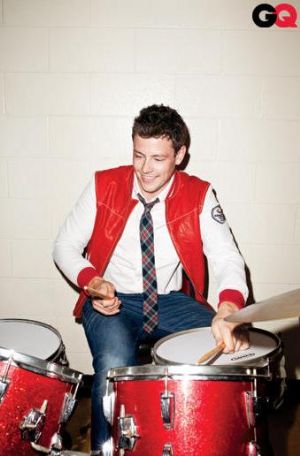 Another GQ photo of the Glee actor. Who is he wearing? That’s a long winter coat by Gucci, the sweater is from the Gant Rugger menswear collection, while the jeans is from Diesel. 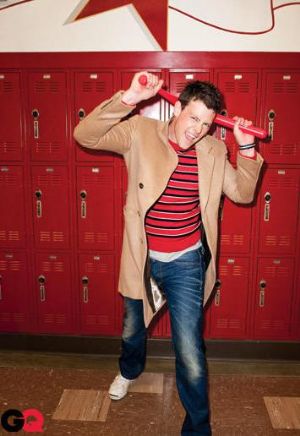