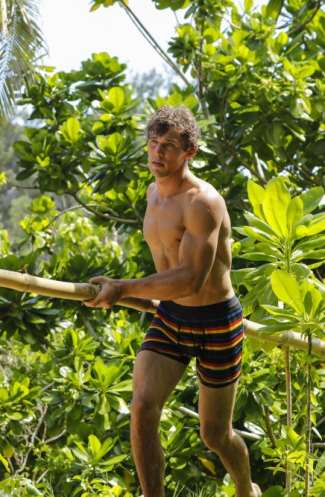 Ali Elliott: “He’s very attractive. (Laughs.) He took off his shirt the other day and … I mean he’s, you know, he’s pretty muscular, you can tell. But when he took off his shirt … I don’t know, this doesn’t normally happen to me, but I kind of glanced and I was like, “Whoa. Is … is that all, like, real? Like, are you a real human being?” Because he’s walking around like a Greek god.” 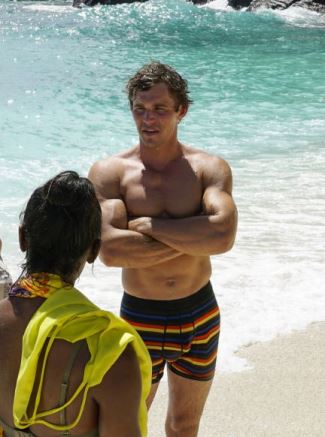 Indeed! We gotta agree with Ali that our Cody has the body of a Greek god. 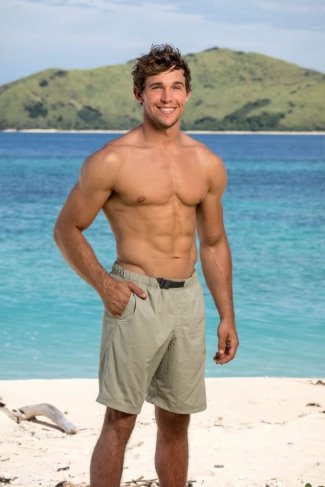 Here’s what other castaways are saying about Cole:

Ashley Nolan: He’s another gorgeous one that looks like a freaking runway model or something. He seems fine, he seems cute, kind of a boy-next-door looking kind of guy.

Cole Medders Girlfriend? In an interview with Josh Wigler of The Hollywood Reporter, Cole indicates that he does not have a girlfriend or partner who’d get jealous if he’s gonna flirt his way on Survivor.

Josh Wigler: The three words you use to describe yourself: unreserved, dauntless, and flirtatious. Are you going to be flirting out here?

Josh Wigler: Is there anyone back home who’s going to be upset?

Cole Medders: No. No one back home is going to be upset. That’s the one downside to always being on the move. There’s not a lot of time for romance. But I’m going to be in one place on the island for a bit, so who knows …

And with that let’s end this post with a photo of Cole in his undies fist-bumping tribemate Mike Zahalsky. Looks like that’s an alliance pact, no? 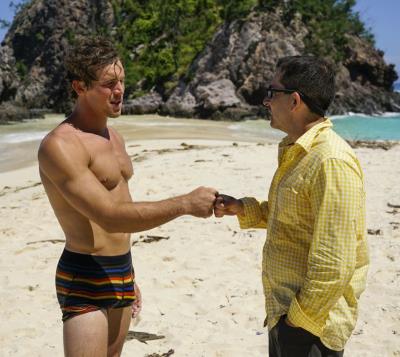 More Cole Medders Underwear Photos. Because why not? 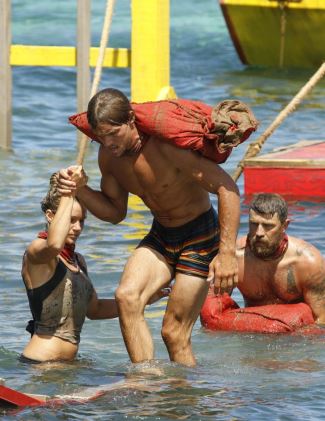 Wet underwear is the best underwear, no? (Update: Oops sorry, the guy below is actually fellow Survivor castaway Devon Pinto.) 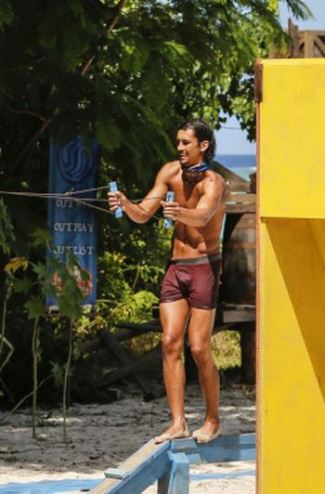 Update 2: For those of you looking for more Survivor castaway underwear. Consider your wish fulfilled courtesy of our imaginary Survivor 35 beau Cole Medders. His gameplay on Survivor may be wanting but he sure is bringing it when it comes to being this season’s guycandy. 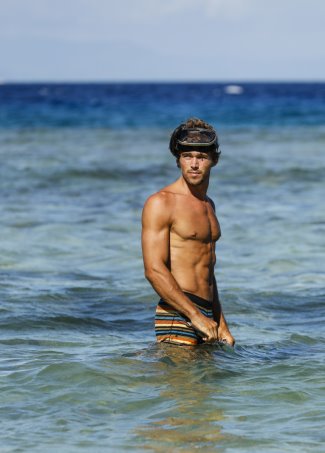 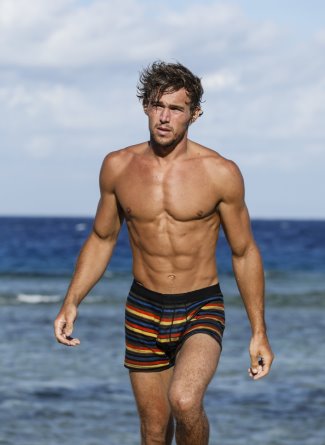