Chris Long Shirtless Update. We are updating this post to note that our hunky footballer turned GQ Magazine model retired from playing football in May 2019 which means that he played for the NFL in a little over 10 years since he was drafted in 2008. Throughout his decade-long career, he became a two-time Super Bowl winner, first with the New England Patriots and then with the Philadelphia Eagles. 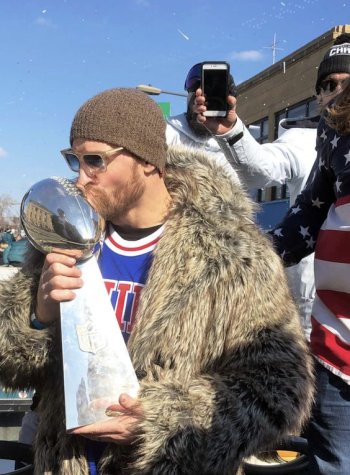 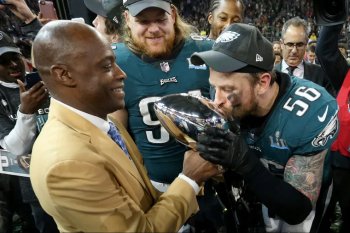 On the family front, the retired football star and his wife Megan are the proud parents of two boys, Waylon who was born in 2016 and Luke who was born two years later. For more of what he is doing these days, follow Chris on Instagram @laflamablanca95. 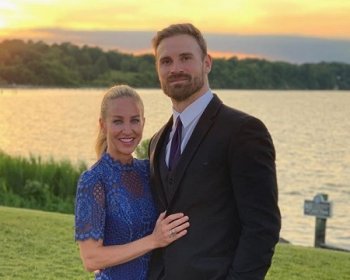 Want more photos of a younger Chris as a model for GQ Magazine? 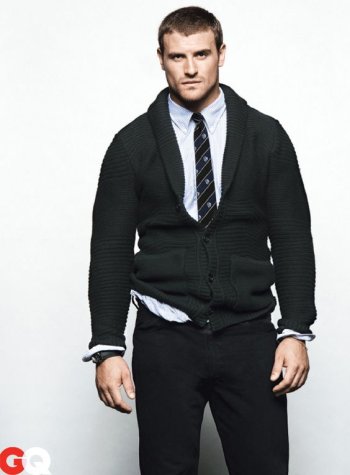 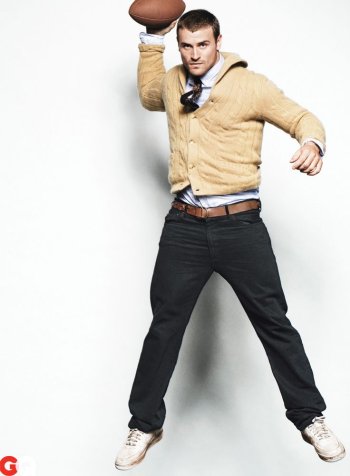 …..
Chris Long Shirtless Photo (22 May 2017). For those of you looking for Chris Long shirtless photos. Unfortunately, we only see his back. At least, you know that he’s got a fabulous tattoo of a lion which reminds us of that lion in that movie, The Chronicles of Narnia. 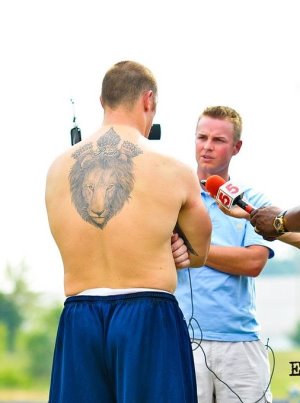 Whether he is shirtless or not, there is no question that Chris is hawt! 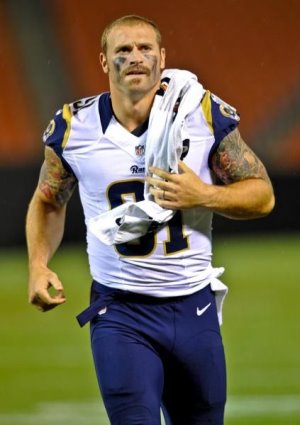 Chris Long Relationship Update. Chris and then girlfriend Megan O’Malley tied the knot sometime in 2013. We can’t find a wedding photo yet but here’s a photo of the couple with their young one.

…..
Chris Long NFL Hunk of the Day (4 August 2009). As a kid, St. Louis Rams defensive end Chris Long was once described by his football coach as a “big gangly kid who had yet to grow into his body”. Now, look at him, Chris is a grown man and all. We don’t think that coach will be calling him gangly ever, ever, ever. 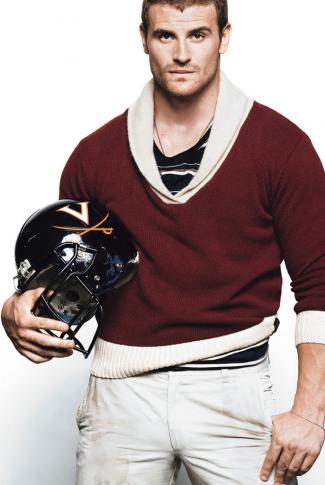 Don’t you just love the hunky, beefy manliness of our Chris? Someone should hire him to star in them underwear ads a-la David Beckham and Cristiano Ronaldo for Emporio Armani or Dan Carter for Jockey Underwear. What about it underwear labels, this sports stud deserves an underwear print advert, right? Wouldn’t it be cool to see him modeling a jockstrap or a tight long johns underwear? Haha.

Chris Long Girlfriend. Does Chris Long have a girlfriend or a wife? Update: He reportedly dates/dated a girl named Megan O’Malley which, according to our friend Deena, “sounds like the name of a character in a Mills & Boon novel”. 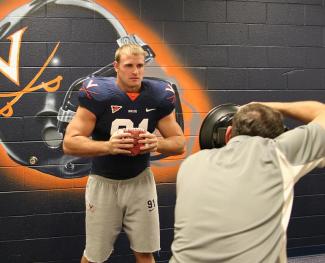 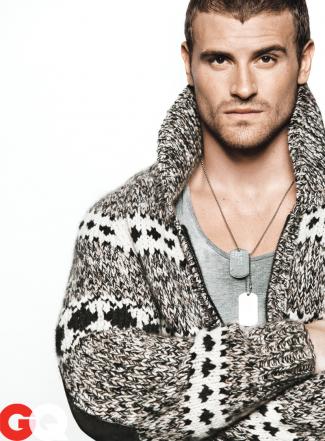 If you don’t know already know, Chris is the son of Hall of Famer Howie Long. Here’s a shirtless Howie from during his heydays as a football star. 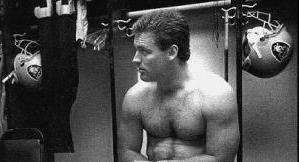 There’s actually a complete and more juicy version of the above photo in the internets. Go look for it because we ain’t uploading it here. Hehe.

Young Chris Long With Kid Brothers. Chris also has two brothers, Kyle and Howie Jr. Chris is the eldest, Kyle is the middle child, and Howie Jr. is the youngest. A photo of the Long trio from back when they were kids.

Kyle is also a talented athlete both in football and baseball. He currently plays football for Saddleback College in Mission Viejo, California and is expected to graduate in 2012. 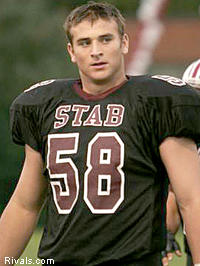 Howie Long Jr is also gifted with the “football genes” and was a star quarterback in St. Anne’s Belfield School. However, he decided to play lacrosse when he went to the University of Virginia for college. 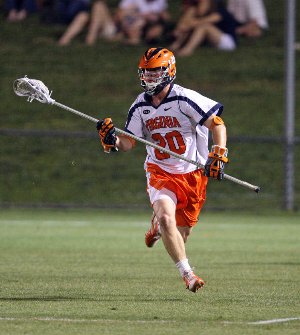 Questions for you: Who of the Long brothers is the hottest? Is their dad hotter than the three of them? We say Chris for the first question and “Yes” for the second one. Seriously, no one can “out-hot” a guy with a flat top haircut, right? 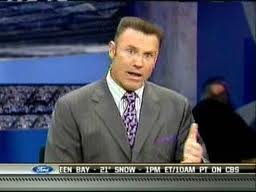