Chris Heston Girlfriend, Historic Feat, and Family. Chris Heston, rookie pitcher for the San Francisco Giants, is making headlines today for pitching a no-hitter game against the New York Mets. This is worth an entry in the baseball history books for, to borrow the words of wikipedia, he is “the 22nd rookie pitcher since 1900 to throw a no-hitter in a major-league regular-season game”. 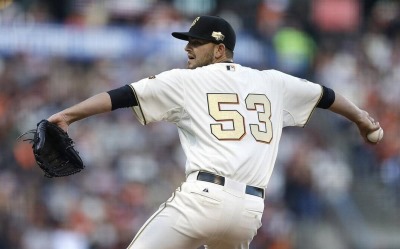 More from the Sports Illustrated: “On a perfect New York night for strolling, dreaming and gazing to the heavens, Heston no-hit the Mets at Citi Field on Tuesday, winning his 13th major league start, 5–0. He joined Mathewson (1901) and Charles Tesreau (1912) as the only Giants rookie pitchers to throw a no-hitter.”

The story continues: “But how Heston closed out his no-hitter is the stuff of an even bigger legend, both for himself and a sixth-year major league umpire. Heston struck out three batters in the ninth inning. According to the Elias Sports Bureau, Heston became the first pitcher to close out a no-no with three punchouts in the ninth since Koufax threw his fabled perfect game in 1965.

More on Heston from SI: “But wait: There’s more. Koufax struck out all three batters in the ninth swinging. But Heston did something we might never have seen before (Elias is still hitting the books) and perhaps never will again: He struck out the last three batters looking.”

Congratulations, Mr. Heston! Now, we won’t do a blog post on a hot baseball player without commenting that we just love, love, love baseballers in tight pants. Hehe. 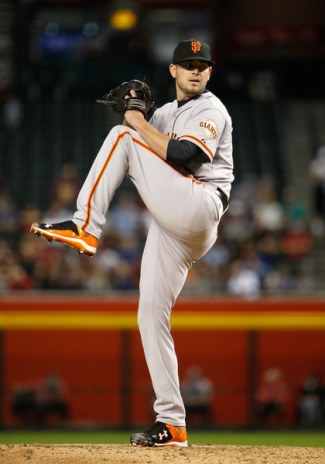 Chris Heston Baseball Autograph. For those of you wondering what a Chris Heston autograph looks like. We’re pretty sure this was made before he made it to the big league. 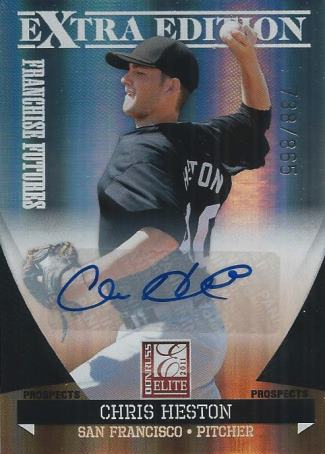 Chris Heston Girlfriend. Is Chris dating anyone at the moment? Yup. He’s got a girlfriend. His name is Ashley Cole. Here’s a pic of the lovebirds we grabbed from our baller’s Twitter account (follow him @hesto23). 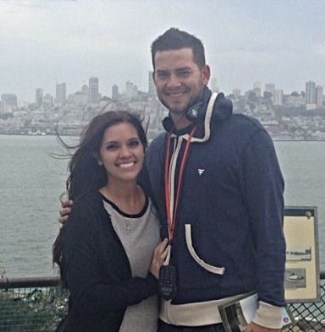 Chris Heston and girlfriend Ashley Cole sitting on a tree. 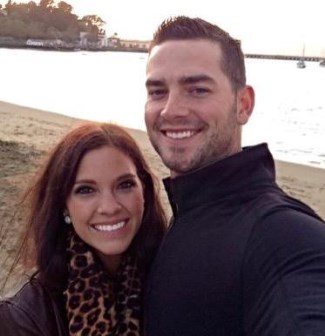 Meantime here’s another pic which we also grabbed from Chris’ Twitter. This should be a good image that would prompt imaginative m/m slash writers to write a Chris Heston Brokeback Mountain (Baseball Edition), no? 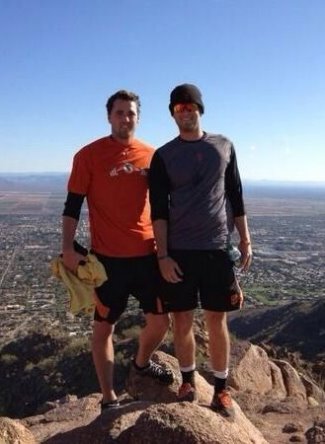 Chris Heston Family. Back in April 2015, Chris’ mom Teresa and dad Bo were at the San Francisco Giants baseball stadium to watch their son’s very first game as a baseball pro. 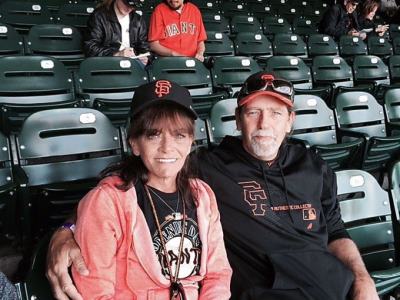 Image of Chris as a young boy with dad Bo. How cute!!! 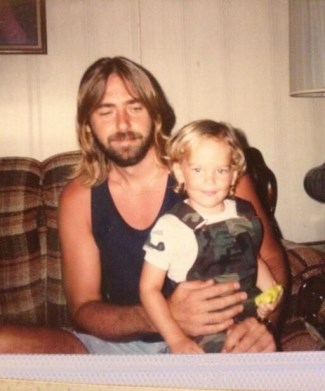