Carter Jenkins Gay, Girlfriend, Underwear, and Other Stuff. Today in male celebrity underwear, we bring you American actor Carter Jenkins posing in his boxer briefs underwear. Check him out, baby! 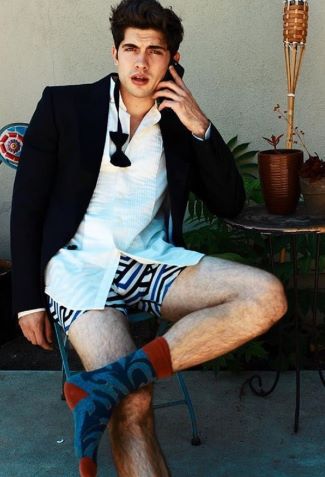 But our Carter does not limit himself to boxer shorts. In fact, in this scene from the 2010 movie Valentines Day, he’s seen walking around in his skimpy briefs. Seems like our Carter can give the Naked Cowboy a run for his money, no? 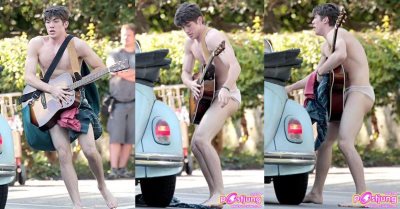 But wait, there’s more! The Carter Jenkins underwear collection also includes boxer shorts. Check him out posing like some Mr. Olympia contestant (at least in the middle pic) in this scenes from the movie Nightlight. 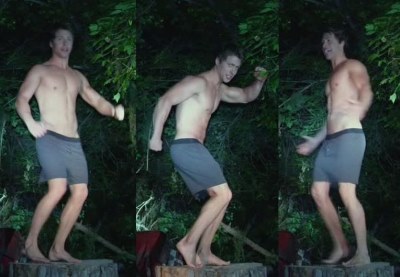 Carter Jenkins Gay or Straight? We, honestly, don’t know. However he did play the role of a gay dude in the Chris Colfer movie, Struck By Lightning.

Here’s Carter with Struck movie boyfriend Graham Rogers after the closeted lovebirds were caught making out in the restroom by Chris Colfer. 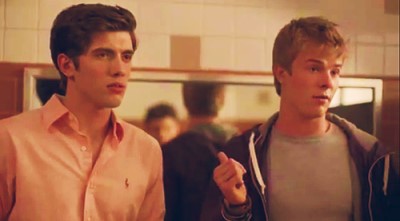 But is Carter Jenkins gay or straight in real life? As we said, we don’t know. But Boomer Beefcake says our Carter is “rumored to be gay in real life”. And what do our friends at gay-or-straight.com say about the matter? Well, their rating for our guy is… well, check it out for yourself: 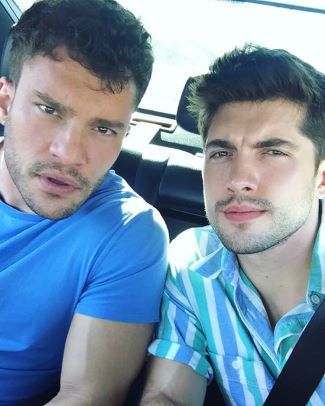 Carter Jenkins Girlfriend. But ignore the rumor because our Carter may actually be straight. Why? Because, according to whosdatedwho.com, he dated Mariah Buzolin (2010), Malese Jow (2009) and Cody Kennedy (2007 – 2008).

Watch our for Carter in the upcoming TV show Famous in Love which is scheduled to air this coming January.