Have you seen him goin’ kissy-a-kissy with Conan O’Brien? Our friend Kevin was like, “Durn! That’s one of the hottest gay kissing scenes we’ve ever scene!” This from a guy who watches a lot of adult man-on-man action.

Anyhoo, judge for yourself. Watch Ryan and Conan making out:

The relevant portion starts at the 4:35 mark.

Looks like Conan are Ryan are very much into it and are enjoying the experience, no? We made a screencap for those of you are shipping these two. Shall we call them ConRyan? [Want more celebrity gay kiss?] 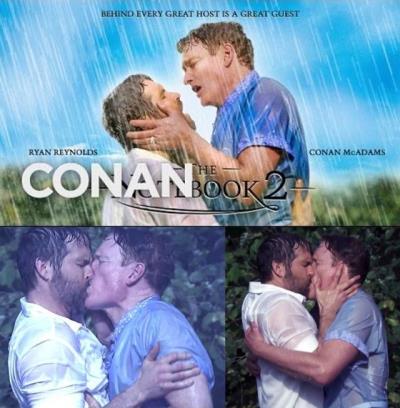 As it happens, this is not the first time our Canadian hunk went kissy-a-kissy with a dude. We’re pretty sure this is not Conan’s first time too but let’s focus on Ryan in this post. 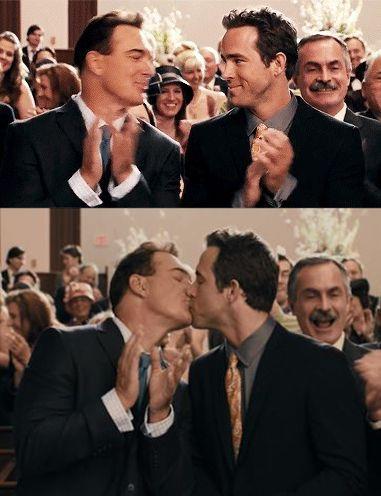 In another Seth Macfarlane universe aka Family Guy, Ryan Reynolds and Peter Griffin have a thing for each other. 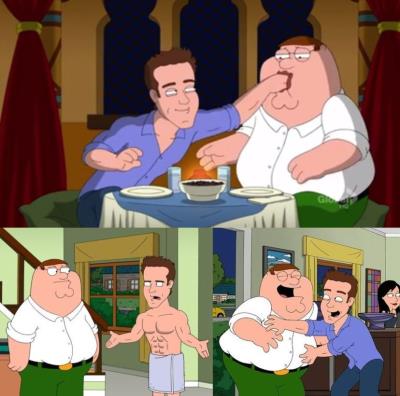 You want more Ryan Reynolds gay proof? Well, check him out going kissy-kissy with another dude. For those of you wondering, the other guy — the object of Ryan’s affection — is Canadian actor Scott Thompson. This incident was recorded at the Genie Awards. 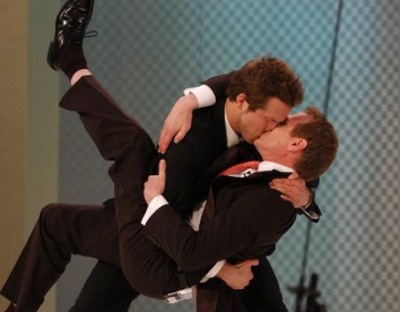 Hey, did you know that Ryan’s character on the blockbuster movie that is Deadpool loves some bum action where he’s at the receiving end? If that ain’t ghey, then nothing is.

Okay, before we end this post, we gotta say that we here at Famewatcher are big fans of Ryan Reynolds because he is talented and fun and, most importantly, because he is a supporter of the LGBT community.