Best Tuxedos for Young Men and Older Guys? The recent Met Gala aka The Fashion World’s Best Red Carpet Event brings out the best in men’s formal fashion. This year is no exception as famous male celebrities in the world of music, movies/TV, and sports came out dressed like Daniel Craig on the set of James Bond. Here are some of our favorites wearing the best tuxedos in 2012 (according to our subjective assessment, anyhoo).

Daniel Radcliffe looks dashing in his Antonio Azzuolo tux. Can you believe this kid is now 22 years old? Seems like only yesterday when he was wearing his drab clothes “in the cupboard under the stairs” but look at him now, he’s a fashionable young man. 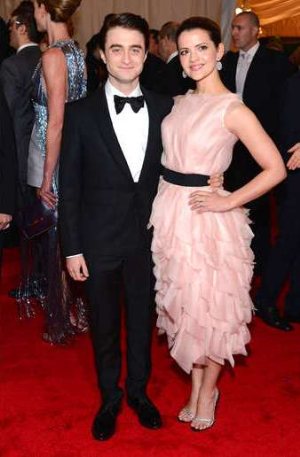 Other teen stars-turned-young-adults who acquitted themselves nicely during the Met Gala include the Jonas Brothers. Who designed their tuxedo suits? Nick and Kevin are wearing Black Fleece from Brooks Brothers while middle boy Joe opted for a tux from the Calvin Klein Collection. [Want more Calvin Klein tuxedo suits?] 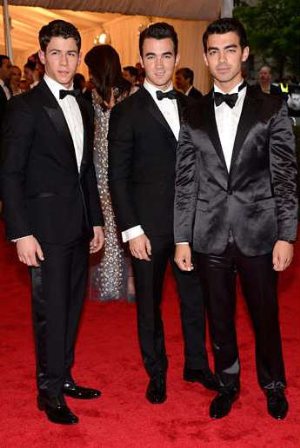 Glee’s Darren Criss, who’s also wearing a tux from Calvin Klein, was picked by GQ editors as the answer to the question that goes: Does black-tie event strictly mean wearing black tux? Not necessarily, says GQ and adds that you can also opt for a charcoal tuxedo like the one Darren is wearing below. We kinda agree but our friend Kevin also has a point when he says that charcoal is just another shade of black and that GQ is creating distinctions where there should be none. What do you think? 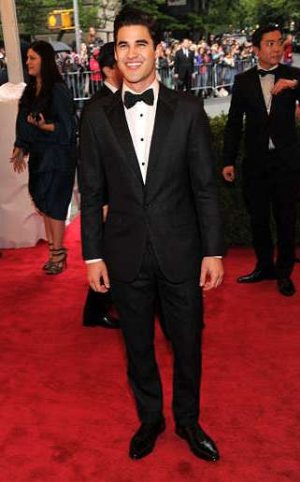 From young Hollywood stars, let’s check out some sports jocks who also dressed to the nines during the Met Gala. Here’s Mr. Gisele Bundchen, aka Tom Brady of the New England Patriots, looking like a movie star in a Tom Ford tuxedo. [Wanna check out Tom Brady’s Underwear?] 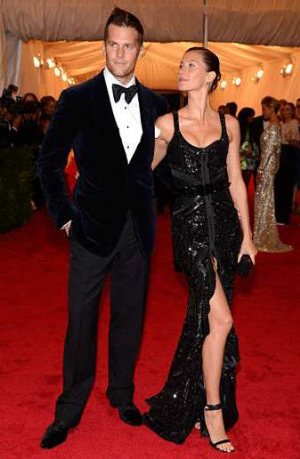 New York Giants wide receiver Victor Cruz is looking pretty fab too in his Calvin Klein suit. [Seems like CK won the day in the who’s got more celebrities wearing the designer contest, no?] 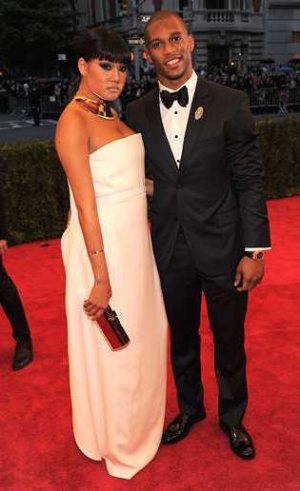 And New York Knicks’ Carmelo Anthony looks professorial with them glasses he’s wearing and his Rag and Bone suit. We’re not loving his oh-too-quirky shoes but the blue dress of the lady beside him (we’re presuming that’s his wife?) is awesome fabulous. 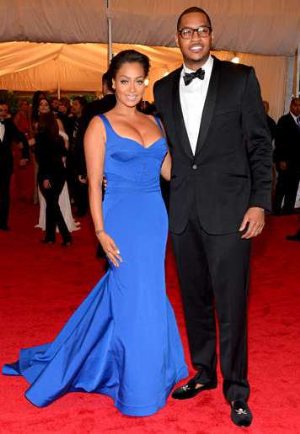 Speaking of guys who look professorial in glasses here’s one of our favorite English actors, Gary Oldman, rocking the look. 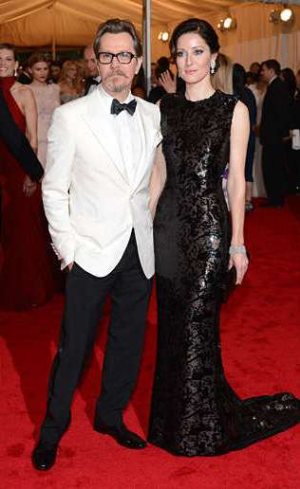 And did you know that Hugh Dancy, seen below wearing a Prada tuxedo suit, is the son of a professor/philosopher Jonathan Dancy? It was cool watching him talk about moral particularism in an interview with our fav late night host, Craig Ferguson. 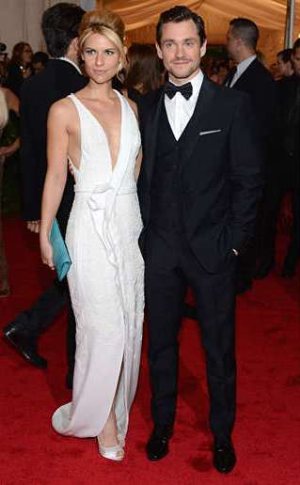 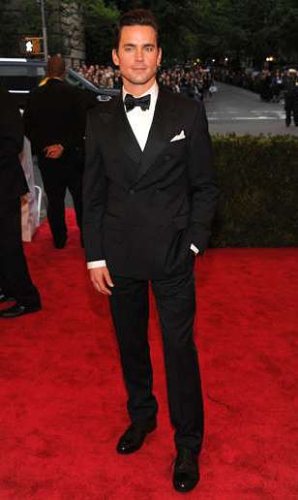