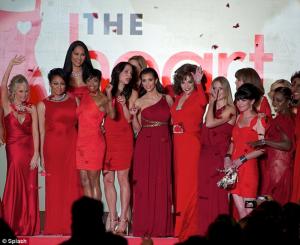 Okay, so who’s the fairest of these ladies in red? Kim Kardashian in her Grecian style one shoulder gown [, Joan Collins in her high-necked gown with a flowing chiffon train, or Jordin Sparks in her strapless Badgley Mischka dress? 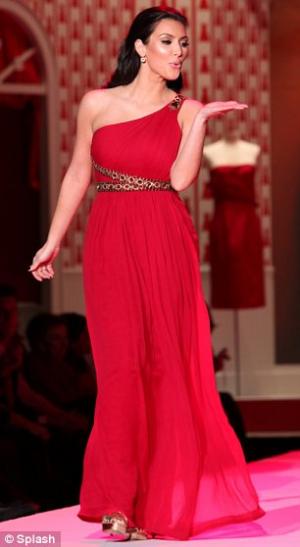 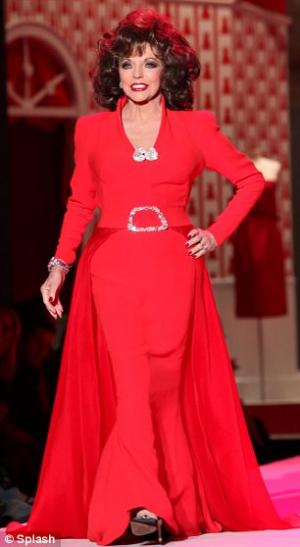 Want more celebrity women’s dresses? Read our post on Celebrity Wrap-Around Dresses. And check out our related blog posts below.

What do you think of her fashion style? It’s not boring, to be sure. It’s an interesting and conflicting blend of colors. It is as if Coleen is trying to catch our attention with her red dress which shouts “hey, look at me”. But at the same time, the rest of her mostly black get-up appears to be saying, “Hey, I’m trying to hide the extra pounds.” 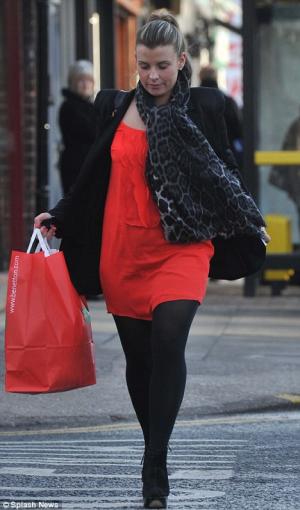 By the way, is Coleen’s jacket enhanced with a shoulder pad? Either it is and she’s trying to bring back the much maligned 1980s fashion style or maybe she’s built like an American football quarterback? 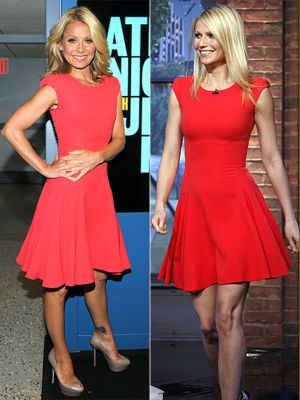 Who’s wearing this simple red dress better? TV host Kelly Ripa of Live with Reghis and Kelly? Or Academy Award winning actress Gwyneth Paltrow? We gotta give the vote to Gwyneth since this dress really fits her nicely. 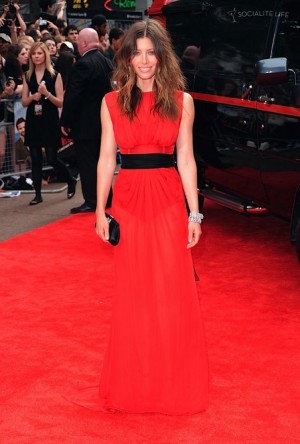 Jessica Biel must have missed the memo that one should always dress appropriately for the occasion. In this instance, she should have known that wearing a flowing red dress to a red carpet even will make her look like she’s a part of the carpet. Ouch. Not that you shouldn’t wear a red dress to such an event. But you shouldn’t wear one that is the same shade as the red carpet.

Photos are taken at Empire Leicester Square on July 27, 2010 in London, England during the London premiere of the A-Team movie. 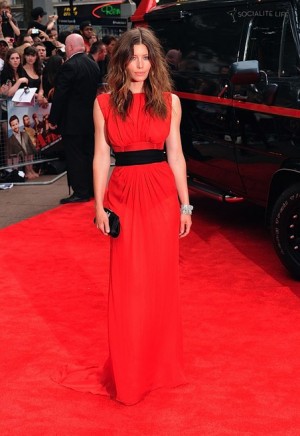 Teen singer Taylor Swift is looking fabulous in her one-shoulder red dress when she attended the fundraiser for the Entertainment Industry Foundation’s Women’s Cancer Research Fund in Beverly Hills.

Taylor’s popularity just skyrocketed last year, no? Who should she send her thank you card to? a) Kanye West for his douchebaggy behavior against Taylor which made her very popular indeed, b) Joe Jonas for dumping her thus allowing her to bloom, and c) Taylor Lautner for their on/off camera romance.

Well, she should send “thank you cards” to all three of them. She can’t go wrong if she does that, right? For more Taylor Swift fashion style, check her out in our post on Celebrity Jeans Leggings.