Want more Johnny Depp leather jacket? Here’s our Johnny wearing his Belstaff trench leather coat from the Oscar-winning movie, Sweeney Todd: The Demon Barber of Fleet Street about a barber-turned-serial-killer. Before you accuse us of lying, this movie did win an Oscar for Best Achievement in Art Direction 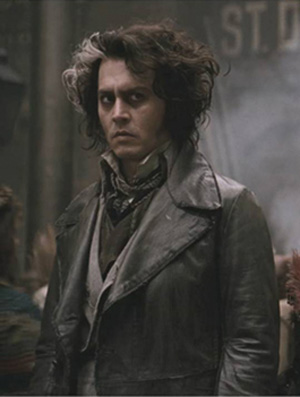 According to Belstaff, this particular jacket is especially designed for the movie:

Belstaff designed its Dark Trench specifically for Johnny Depp’s role. A coat that is both eerie and fairytale-like, whose tight stripes, large lapels, visible stitching and reflective waxed effect help to define the sinister allure of this lone, manic killer.

According to the Belstaff media release, the Belstaff Dark Trench Jacket were made available in stores since 2008. 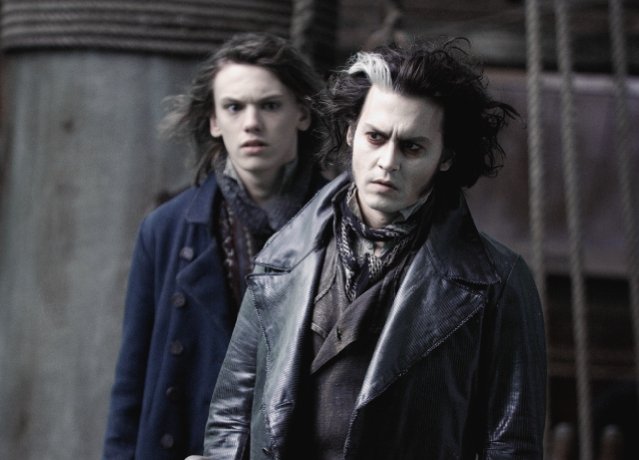 It’s not just Johnny’s hair that makes his jacket “eerie”. His “raccoon-styled” eyes are kinda eerie too. 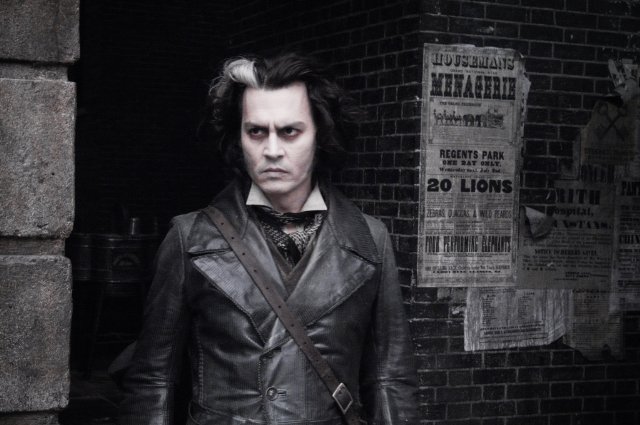 Want to take a closer look at the “Sweeney Todd” dark trench leather coat? Here’s how it looks from the front. The Belstaff people described it as “eerie” but we think its stylish and chic. We think what makes it look eerie is Johnny Depp’s haircut. Hehe. So don’t have your hair styled a-la Johnny if you buy yourself this trench coat. 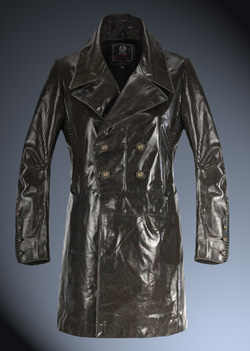 From the back, this is what your coat looks like. Nice, no? It’s shiny and all which is what a leather trench coat should look like. 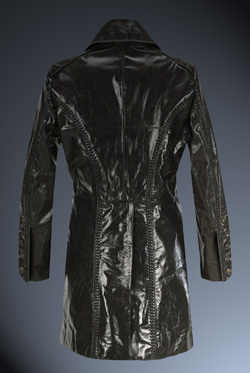 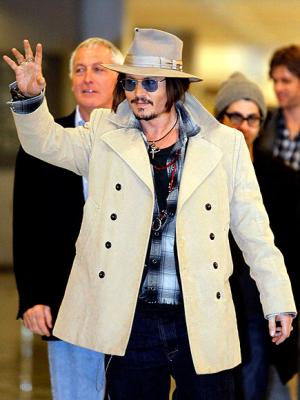 Are you already bored reading about men in suits or men in tuxedos? Don’t you worry, our dearies, here’s American hunk Johnny Depp to snap you out of your boredom.

See. We know you’ll snap out of it. Johnny usually make odd choices in fashion but we love him for it. The dude follows no rules which makes him an interesting celebrity to watch. If she’s a girl, fashion writers and bloggers will be calling him a fashion icon or something.