Beau Ryan Speedo, Shirtless, Gay or Girlfriend. Today in men in Speedos we bring you Beau Ryan who, because he is a professional rugby player and because he is Australian, loves to wear briefs-style Speedo swimsuits. Yay for rugby and Aussies! Double yay for Beau himself!! 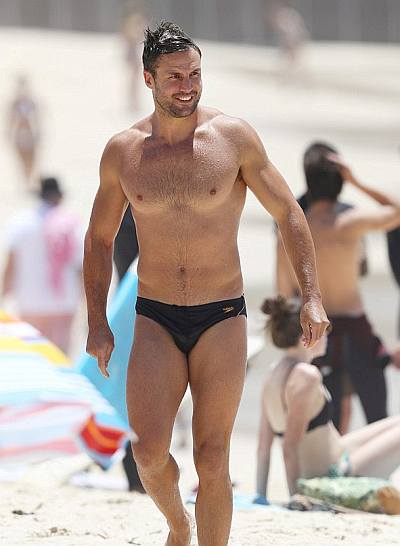 For those of you who are not familiar with our Speedo-wearing hunk of the day, Beau currently hosts the Australian version of The Amazing Race. He started hosting the show this year and he is apparently a fan of the show so he had no second thoughts when the gig was offered to him.

“I’m a huge fan of The Amazing Race and now I get to host it. I jumped at the chance to combine two of my favourite things: people and travel,” he says in an interview with The Daily Telegraph. 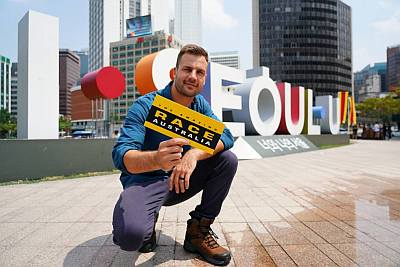 This is not Beau’s first time in the spotlight because he’s made several appearances as a comedian on the sports variety program The Footy Show. However, he is probably more famous for the fact that he played professional rugby for about seven years. Specifically, he played for the Wests Tigers from 2007 to 2012 and then for the Cronulla Sharks from 2013 to 2014. He retired in 2014 because of a neck injury.

Beau Ryan Gay or Straight? He is straight but you can say that he is comfortable with the gays. He apparently doesn’t mind flying his freak flag fly too. Fearless forecast for 2020: He will be a guest judge of Rupaul’s Drag Race Australia! Yass, Queeeeen! 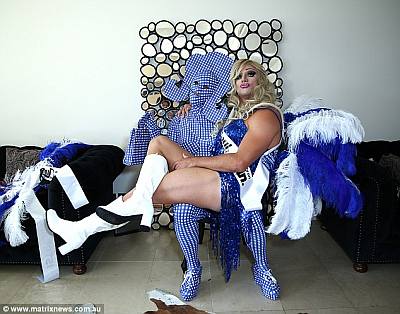 He’s dressed up as a drag queen during the Sydney Mardi Gras and has admitted in an interview with the Daily Mail that he tries on his wife’s shoes and clothes every now and then. Beau getting kissy-kissy with a dude during Mardi Gras. 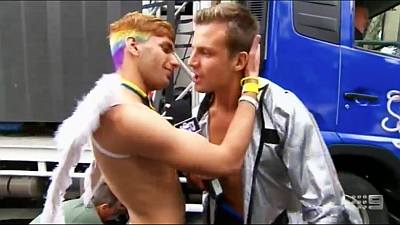 And here’s a Speedo-clad Beau with a rainbow swim float. 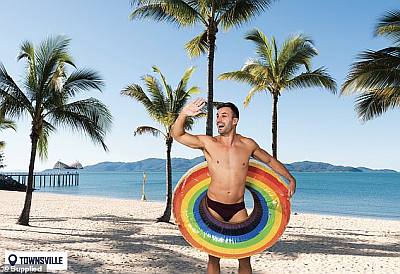 Beau Ryan Girlfriend, Wife, or Relationship Status. The Amazing Race host is married to wife Kara Orrell Ryan. They tied the knot seven years ago and are blessed with two children aged seven and one. Here’s Beau and Kara on their wedding day: 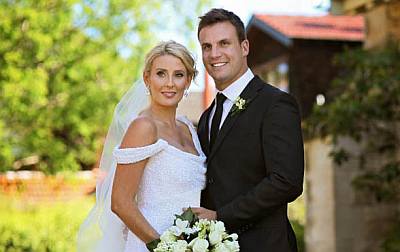 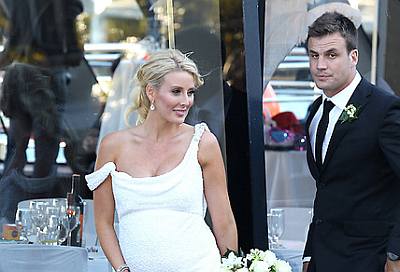 Want more Beau Ryan Speedo Photos? Of course you do! Good thing he wears he ain’t shy about wearing them so there’s more out there in the internets. 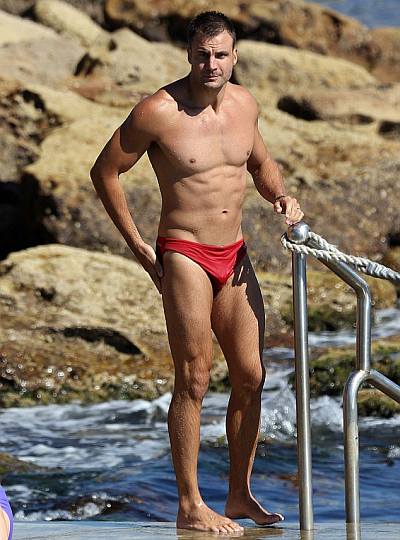 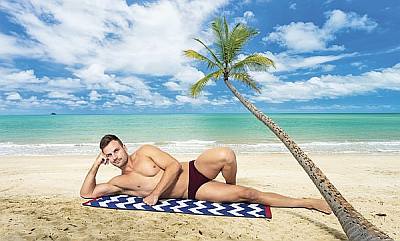