Anthony Ogogo Underwear, Swim Trunks, Shirtless Boxing Champ. Is British boxer Anthony Ogogo the next golden boy in professional boxing? He’s got the movie star good looks that the previous golden boy, Oscar de la Hoya, is famous for. He’s got the Olympic medal (although its bronze to Oscar’s gold). And he looks freaking hot in his Speedo swimsuit. Our British hunk easily beats Oscar in the “who looks hotter in his Speedo” contest.

Want more famous boxers in their underwear? Go check out Billy Joe Saunders in Sunspel Underwear. He’s another cutie you won’t get tired looking at. 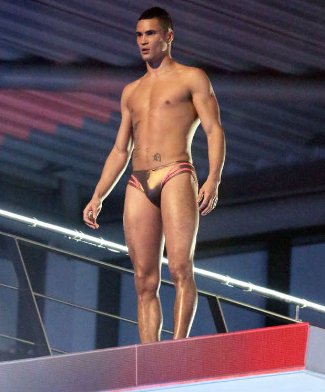 Is Anthony in a relationship? Does he have a girlfriend or a wife? Maybe he’s gay and that he’s got a boyfriend? Nah, he’s not gay at all. A news story published on the London Evening Standard in time for the London Olympics last year tells us that Anthony has a girlfriend named Casey.

We also learn that Casey is a school teacher which, incidentally, is what our boxing hunk wants to become in case a professional boxing career does not work out. 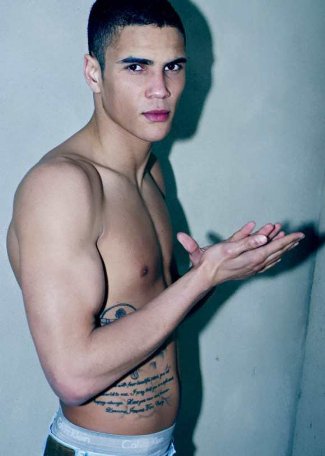 From the Evening Standard: “But if his boxing career falls through, he can always fall back on his second career choice, being a PE teacher. His girlfriend, Casey, is a secondary school teacher.”

Anthony is quoted as saying: “I always wanted to be an Olympian, but I was interested in going to uni. I’m like Peter Pan, I just don’t want to grow up. The dream is to stand on top of that podium and belt out the national anthem with the gold medal around my neck.”

Anthony settled for a bronze medal in the London Olympics but we think he’s very much on his way to becoming a full-fledged celebrity with crossover appeal a-la Oscar de la Hoya. What do you think?

For those of you who are wondering, Anthony is bi-racial since his mom is English while his dad is Nigerian.