Well, actually, Romania didn’t need a lot of saving in the last Olympic Games considering the fact that its delegation brought home a total of nine medals which includes two golds one of which was won by Alin Moldoveanu. This medal tally placed Romania in 27th place which is a pretty good place for a country with only 19 million people.

But let’s focus on our Olympic hottie of the day from Romania, shall we? As we mentioned above, our Alin won a gold medal in the London Olympics, a feat he achieved by out-shooting all his opponents in the men’s 10 meter air rifle event. 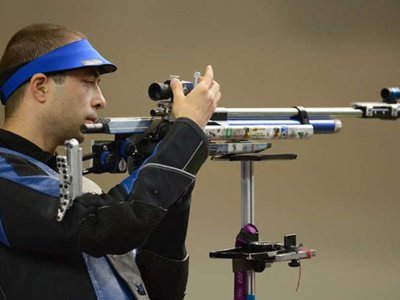 Here’s the Olympic champ with his fellow medalists Niccolò Campriani or Italy who won the silver medal and Gagan Narang of India who settled for the bronze. 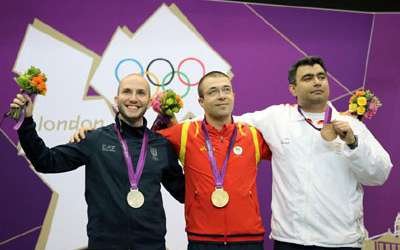 Aside from his Olympic gold medal, Alin has brought home several honors for his country from other international competitions. He shoots pretty well at the ISSF (International Shooting Sport Federation) World Cup having brought home five medals from said competition — a gold medal from the 2008 World Cup and 4 silver medals spanning from 2005 to 2008.

Without a doubt, his most precious medal would be this Olympic gold from London 2012. 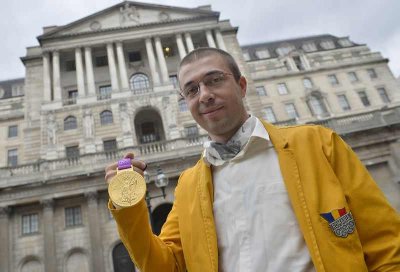 A recent news story about Alin mentions that he was granted an honorary citizenship (and some money) by the city of Focsani for his Olympic victory. He was quoted by the report as saying that he would like to qualify to the Rio de Janeiro Games four years from now.

From gandul.info (as translated from Romanian to English by Google Translate): “I am honored to be a citizen of honor and money is very important, any amount of money is important. For now, I will try to qualify for the next Olympics. About Games in London, when I received the medal, which can say more than I had tears in my eyes, and that says it all.”

Congratulations to Alin and we hope he achieves his dream of making it to Rio in 2016.