Hot Portuguese Olympians: Fernando Pimenta and Emanuel Silva. Who are the hottest Portuguese athletes in the recent London 2012 Olympic Games. Don’t say Cristiano Ronaldo because he and his fellow footballers were a no-show at the Olympics because their team didn’t qualify.

No, the distinction of being the hottest Portuguese athletes in London goes to canoers (or is it canoeists?) Fernando Pimenta and Emanuel Silva who won the only medal for República Portuguesa. 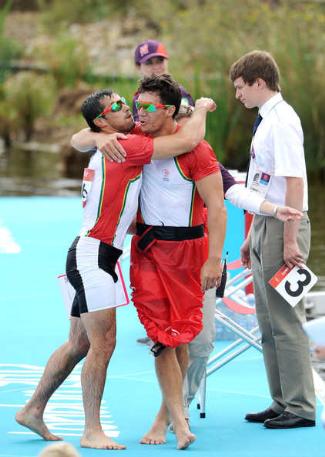 We guess it’s safe to say that the canoeing pair saved the 77-strong Portuguese delegation from the embarrassment of going home without a medal. Fernando and Emanuel won the silver in the Men’s K-2 1000 meters event. 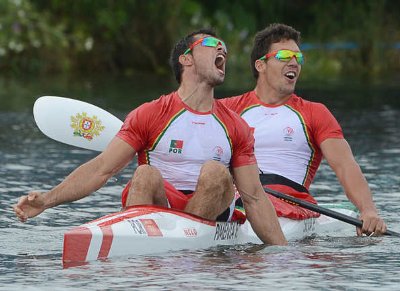 A photo of the Portuguese silver medalists with the other winners, Rudolf Dombi and Roland Kökény of Hungary who won the gold medal and Germany’s Martin Hollstein and Andreas Ihle who bagged the bronze. 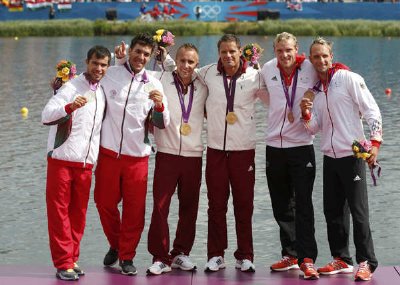 This is not the first time Fernando and Emanuel brought honor for their country. In fact they, along with David Fernandes and João Ribeiro, won a gold medal for the K-4 1000 meters event at the 2011 Canoe Sprint European Championships.

In addition, Emanuel has bagged three more bronze medals at the European Championships from 2005 to 2011 while Fernando has a bronze medal from the 2011 Euro Championships. We hope they continue to bring glory for their country particularly at the Rio de Janeiro Olympic Games in 2016.

Shirtless Photos of Emanuel Silva. Now, since we are all about shirtless Olympic athletes here at Famewatcher [see Male Olympic Hotties], we gotta give you some shirtless pics of these Portuguese hunks, right? Fortunately, Emanuel has some shirtless pics in his Facebook account which we grabbed for you fellow Famewatchers. We love this pic because it reminds us of that excited American canoeist, Henrik Rummel. Hehe.

Now look at those washboard abs! He must have been doing a lot of abs-workout, no? Here’s another shirtless photo of our Portuguese hunk. [Photo credit: Emanuel Silva’s Facebook Page] 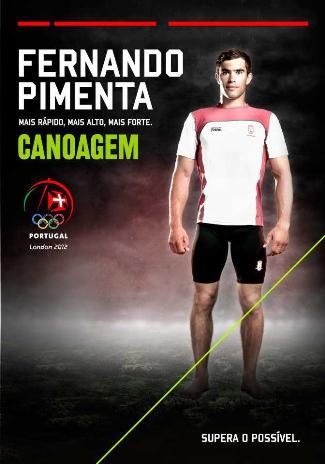 Awesome! He sizzles even when he’s not shirtless. We also found this photo of Fernando signing some autographs for some Polish kids. 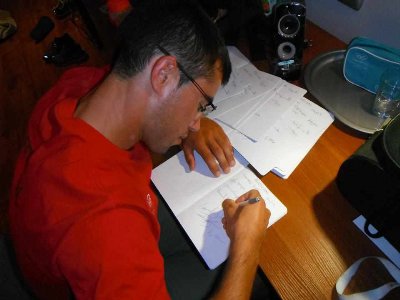 How do we know they are for Polish kids? Because he says so in his Facebook account writing “Autógrafos a algumas crianças da Polónia…” which according Google Translate means this “Autographs some children in Poland …”.

Fernando also provides us non-Olympians a glimpse of Olympic drug testing with this photo he posted in Facebook. 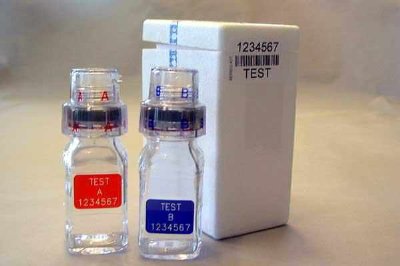 Here’s what the Olympic silver medalists says about the pic above (as translated by Google Translate from Portuguese): “Yesterday was controlled. I took an anti-doping test and the second within 1 month. An action that should be performed frequently to all athletes so that there Truth Sporty! Soon then went to Lisbon to perform a battery of medical tests at the Center for Sports Medicine.”

That’s it for now fellow Famewatchers who love them their Portuguese hunks.

Want some canoeing hunks? Well, go check out a post we wrote earlier about Yuriy Cheban, a canoeing hunk from Ukraine.