Alex Buchanan Shirtless. Is Alex Buchanan the hottest dude contestant on the British version of The Voice? Well, it’s too early to tell because we haven’t seen all the singer-wannabes but if Alex B. keeps giving us some shirtless pics (plus some proper underwear photos) and if the other guy contestants don’t up their game , we here at Famewatcher will give the “hottest/cutest” title to Alex. After all he is, according to our friend Deena, “very promising”.

Is he wearing a weird pair of pants with a belt on the middle or is his underwear peeking out of his trousers? Anyhoo, here’s the Alex Buchanan shirtless photo you are looking for. 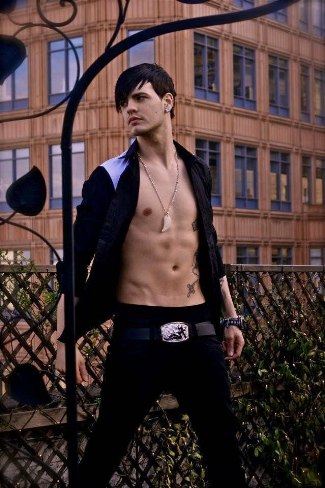 It does look like he wants to wear his pants Bieber-style, no? Aren’t kids tired of this trend yet? We thought it was kind of cute a few years back but, with Justin Bieber doing it all the time wherever he goes, we’re kinda grossed by it now. Haha. 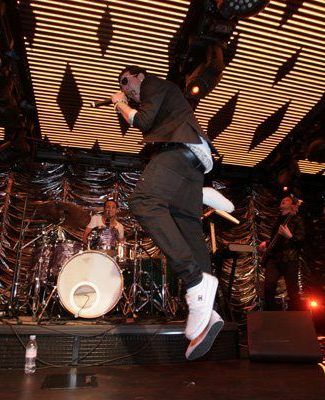 Anyhoo, let’s forget Bieber and focus on our aspiring singing superstar that is Alex.

Apparently, he’s not really a newbie in the business because he performed as Michael Jackson at London’s West End as well as in Singapore. For instance, the pic below (courtesy of Alex Buchanan Fans Facebook page) is taken from Marina Bay Sands in Singapore. 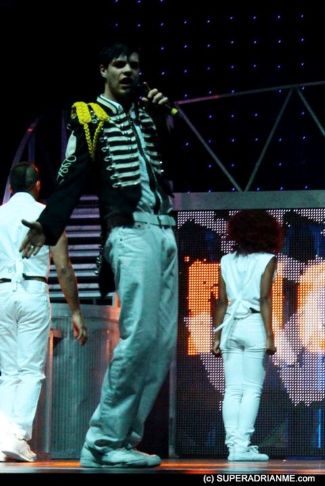 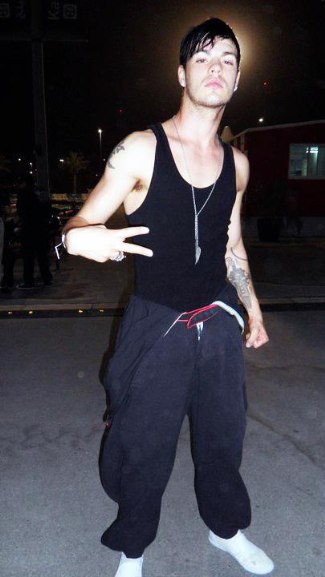 But we’re more partial to white shirts so we are liking the next pic better. 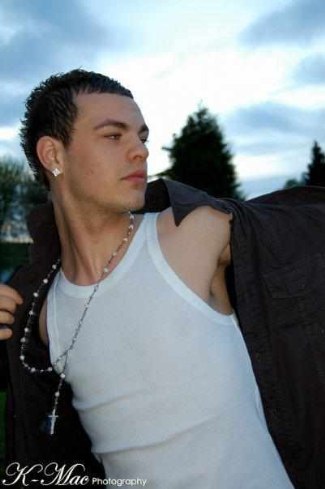 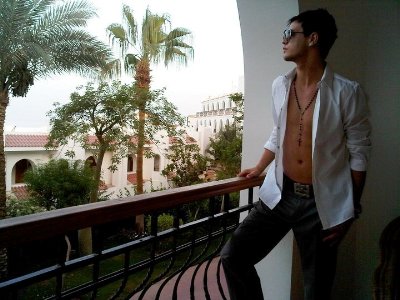 Is Alex Buchanan gay or straight. Our friends at gay-or-straight.com have not weighed-in on the “issue” yet. But expect them to do a poll on him once Alex becomes more famous. [For the record, Deena does not think he’s gay while Kevin is hoping that he is.]

Does Alex have a girlfriend (or boyfriend). Is this his girlfriend or is she just a random friend/fan? 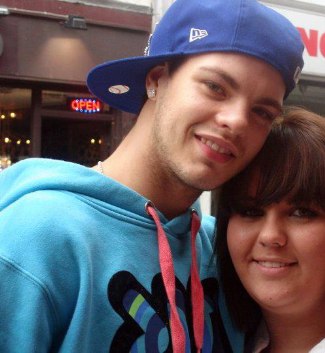 Maybe this is his boyfriend? Or maybe he’s just a random guy/fan. 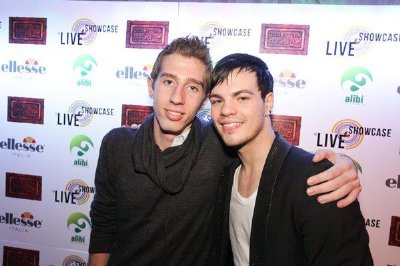 Alex looks gorgeous and “modelly” in some of his pics particularly the one below. That’s the sexiest man’s lips we’ve seen in a while. Very kissable. 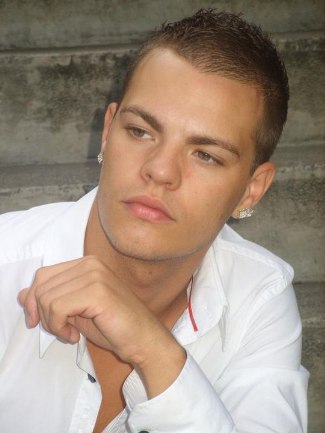 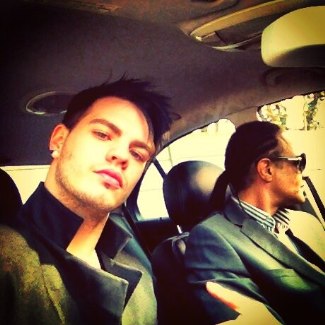 Next pic is not our favorite. His choice of fashion is very Adam Lambert which works for Adam Lambert but not for Alex Buchanan.

In contrast, we’re loving the next photo. Why, you ask? Because he’s sizzling hawt in them beanie, sunglasses, and all.