Aleksandr Kokorin Pavel Mamaev: Gay Lovers or Simple Russian Bromance? Are these photos of Aleksandr Kokorin and Pavel Mamaev proof that the two footballers are gay lovers? Or are they simply proof that Russian guys have no problem when it comes to being intimate with each other (in the kissy kissy, huggy huggy kind of way)? We think its the latter — you know, just a Celebrity Bromance in the manner of Frank Lampard and John Terry. Oops, maybe that’s not a good example considering the fact that wagging tongues are saying some nasty things about Frank and John. 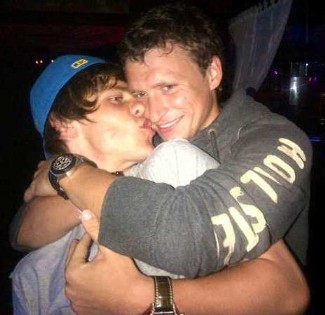 Anyhoo, as we were saying, Aleksandr and Pavel are just being Russians. We all know that Russian men hug and kiss each other as a form of greeting so why can’t these two be kissy-kissy and huggy-huggy without anyone intimating that they’re gay lovers? Come on now, people! And, for the record, we don’t see any problem if they are more than bromantic buddies, okay? 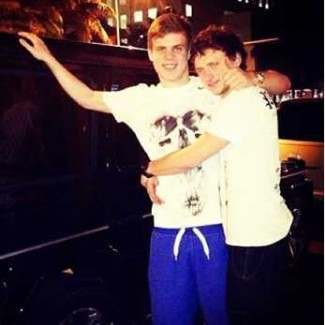 Is this too close for comfort? Of course not! 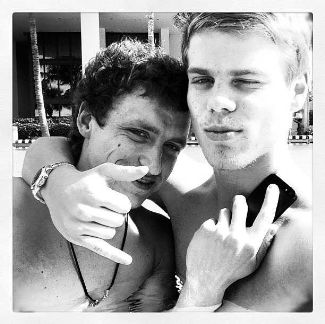 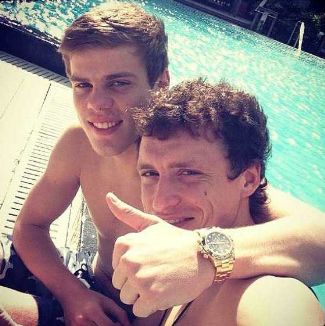 What about this? Hmmmm. Are they sharing a tub? It won’t be too close for comfort if both of them are wearing underwear. If not, then we are going to revise our initial thought that they’re just being Russians and being bromantic. Haha.

Now, for the non-Russians and non-football/soccer fans who are wondering about who these two guys are, here’s some info about them courtesy of wikipedia:

Pavel Konstantinovich Mamayev: He’s 24 years old (born 17 September 1988) from Moscow. He began his pro football career in 2004 with FC Torpedo Moscow but he moved to CSKA Moscow in 2007 and currently plays with CSKA. How tall is Pavel? He stands at 1.80 m or 5 foot and 11 inches for you non-metric Americans.

Aleksandr Aleksandrovich Kokorin: Aleksandr is currently playing for FC Dynamo Moscow. He started his pro football career with the team in 2008. Alex is 21 years old (he’ll turn 22 this coming March as his birth date is 19 March 1991). He stands at 1.83 m (6 ft 0 in).