Harry Styles Hoodie Jackets: Jack Wills & AllSaints. Oh gee! We guess we’re going to join the bandwagon and blog about members of the One Direction boy band. We told ourselves that we’re not gonna do it (mostly because we don’t like Simon Cowell, haha) but they’re the biggest act in the universe (or is it still Justin Bieber) and its silly to not blog about them considering that we are a celebrity fashion blog. Anyhoo, ever wondered about the brand of hoodie jackets that Harry Styles have been wearing? You’re lucky because we’re here to tell you about them. 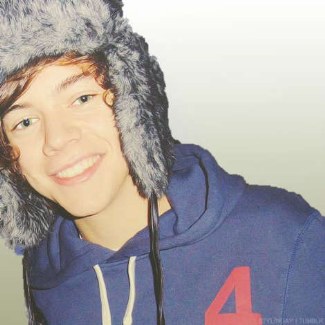 The hoodie Harry is wearing above is a Jack Wills Emberton Slim Fit Hoodie. For the non-Brits among us who are not familiar with the Jack Wills label, here’s what wikipedia says about it:

Jack Wills is a middle-tier British clothing brand aimed at university students. The fashion label uses the brand and registered trademark “Jack Wills – University Outfitters” to reflect the inspiration behind the brand.

Meanwhile, the Emberton which is made of 75% Cotton and 25% Polyester is the slim fitting hoodie for those who love their slimfit outfits.

Obviously, Harry loves him his Jack Wills hoodies because he is seen wearing them in the next two pictures below. He went shopping with his Jack Wills Tibberton Hoodie. 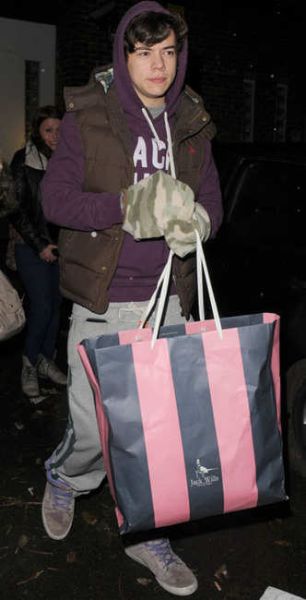 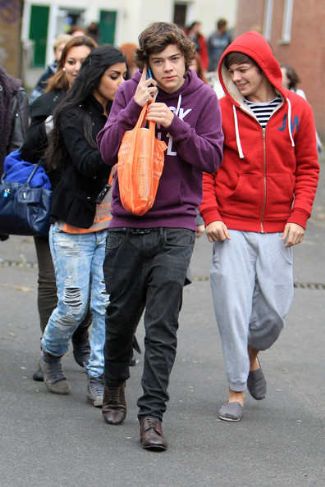 So where can one buy a Jack Wills hoodie similar to what your idol Harry Styles is wearing in the pics above? Your best bet would be either Amazon or eBay.

As explained by a Yahoo! Answers netizen, JW outfits are limited edition: “Jack Willis items are limited meaning that they won’t last forever. That hoodie is from a while ago so you won’t have luck finding any anywhere unless someone wants to sell their old one of eBay or Craigslist.”

You might have a better luck buying an AllSaints Delta Hood Crew Sweatshirt like the one Harry is wearing in the pic below. 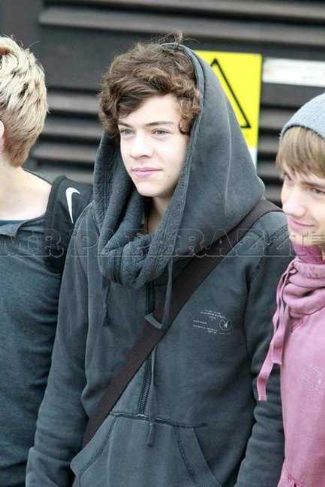