Frank Moses Red Leather Jacket: Bruce Willis Movie Fashion. What do you leather jacket lovers think of Bruce Willis’s (as Frank Moses) leather jacket in the next installment of his surprise hit of a comedy slash action movie, Red? It’s a pretty nifty outfit, isn’t it? We love its clean, no-frills tailoring.

If you know who made this Frank Moses Red leather jacket and where we mere mortals can buy one for our closets, pray tell us in the comments. 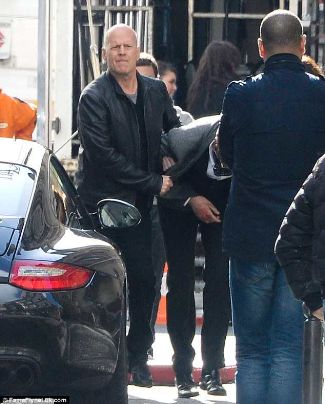 Check out Bruce aka Frank Moses with Red 2 Oscar-winning director Dean Parisot. We mistakenly thought that Dean helmed the first movie but it turns out that Red was directed by Robert Schwentke.

By the way, our friend Deena notes the following for those of you who are into movie awards: Parisot’s Oscar trophy is for Best Short Film (Live Action) which he won for the 1988 short film The Appointments of Dennis Jennings. He shared the award with Steven Wright. 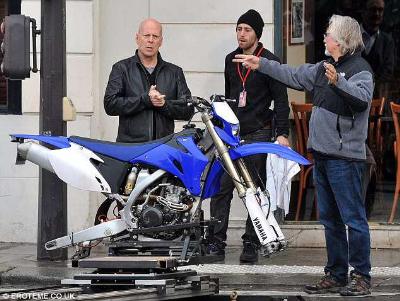 In the next image below, check out Bruce Willis with the very talented actor John Malkovich. We can’t believe Malkovich still has to win an Oscar trophy. He should have already won that bald man trophy for his role in Of Mice and Men. Unfortunately, said movie as well as its actors, creators, and producers were snubbed by the Academy. 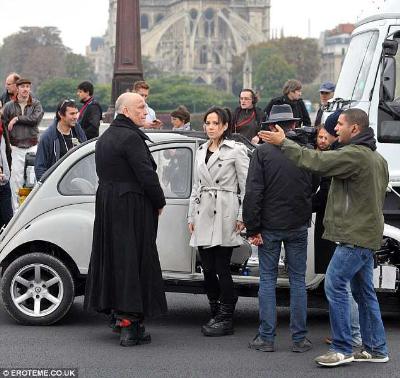 Mary Louise Parker and her long winter coat. Why are we including her here in what’s supposedly about Frank Moses? Because we can. Haha. 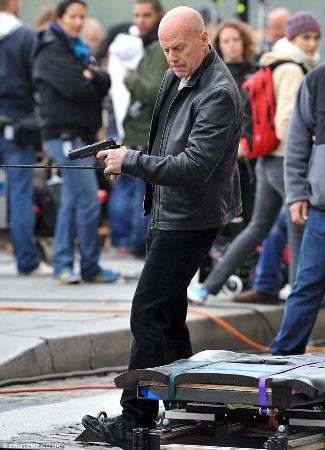 Our Bruce may be old — is he now considered a senior citizen — but there is no denying that he is a total hottie. Even his baldness adds to his damn effin’ sex appeal.