Xavier Samuel Underwear and Girlfriend Photos. Xavier Samuel kisses his girlfriend in New York in the streets of New York. It’s a fun picture, no? His low rise jeans is dangerously low revealing his Calvin Klein underwear. Naturally, this makes us wonder whether these two spent their past hour boinking each other and Xavier forgot to button his jeans. Maybe he wants an encore? 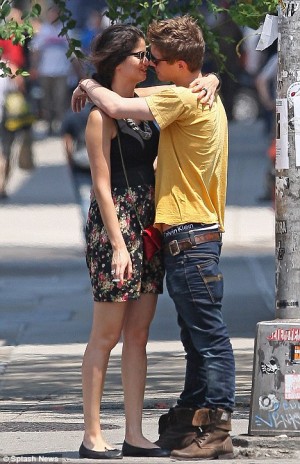 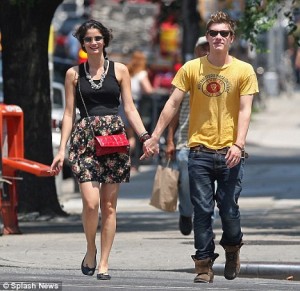 UPDATE, 17 May 2011: We have more photos of Xavier Samuel with his girlfriend and with his Calvin Klein underwear peeking out of his low-rise pants. This Aussie hunk must be really into “I’m going to show my underwear peeping from my trousers”, no? Not that anyone’s complaining or anything but he should go all the way and drop them silly pants altogether. 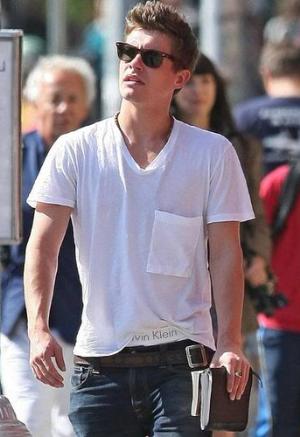 What about it eh, Xavier? You should just totally lose the pants.

Xavier Samuel’s Girlfriend: Anyhoo, for those of you who are wondering about Xavier’s girlfriend, well we’ve got her name now: Shermine Shahrivar. She’s a Persian beauty titlist who was crowned as Miss Germany in 2004 and, subsequently, as Miss Europe in 2005. Her parents are from Iran who, according to reports, are living as exiles in Germany. 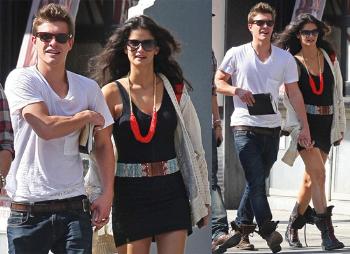 The Shahrivar family currently live in Germany except for Shermine who’s in New York to pursue modeling and acting. One of Shermine’s modeling gigs is with Playboy Magazine; she’s reportedly the first Persian girl to appear in the popular men’s mag so she’s blazing a trail for Iranians and other Arab girls.

We’d like to publish her Playboy pics here but we can’t. So here’s a safe-for-work version. She sure is a gorgeous brunette beauty. We’re not surprised Xavier is taken by her.

Shermine also models for the U.S. clothing brand, American Apparel. She’s been featured in the brands advertisement campaigns since 2008. 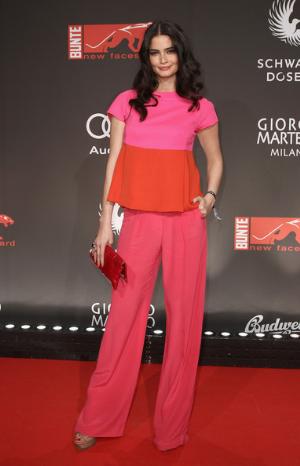 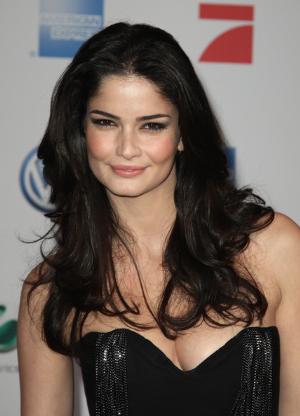 Photos of Shermine during some red carpet events in Berlin Germany. She’s got a pretty good fashion style and she looks great in any color she wears.