Wolverine Leather Jacket Update: Just want to update this post to include Hugh Jackman/Logan’s leather jacket in the latest installment of the X:Men series, X-Men: Days of Future Past. We’re not sure if this is also made by Vanson like the one you see in our original post in July 2010. 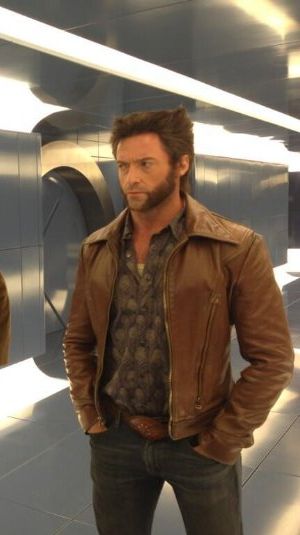 Want a closer look at this Wolverine leather jacket? 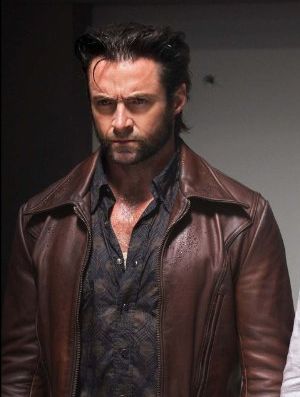 …..
Wolverine Leather Jacket by Vanson: Hugh Jackman Movie Fashion (Posted: 28 July 2010). Aussie hunk Hugh Jackman’s leather jacket in the Wolverine Movie. Hugh and this particular leather jacket are obviously made for each other. Only the likes of a badass Hugh Jackman can rock this jacket. In turn, this jacket totally brings out Hugh’s hunky manliness. No way will he look this superheroic in a Versace leather. Or an Abercrombie one. Hehehe. 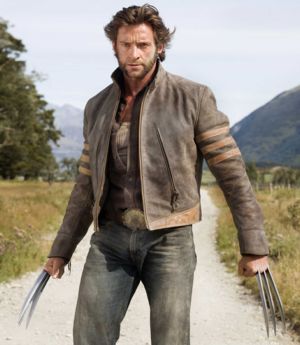 In case you are wondering, this jacket is reportedly made by Vanson. 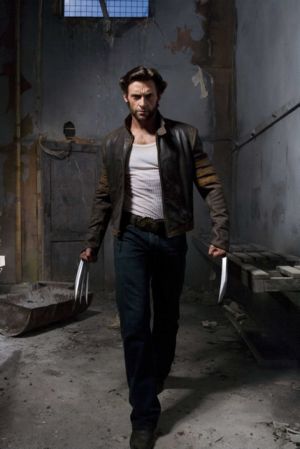 …..
Ever Beachwood Hoodie: Hugh Jackman, Celebrity Hunk (Posted 05 September 2010). Hugh Jackman’s attempt to go incognito by wearing an Ever Beachwood hoodie fails as the paparazzi caught him and snapped his photo anyway. Hugh is just too much of a celebrity hunk to not be recognized by the papz, no? You gotta try harder, Mr. Jackman. 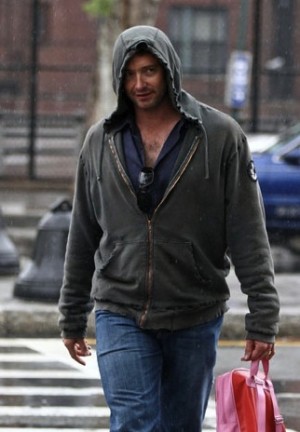 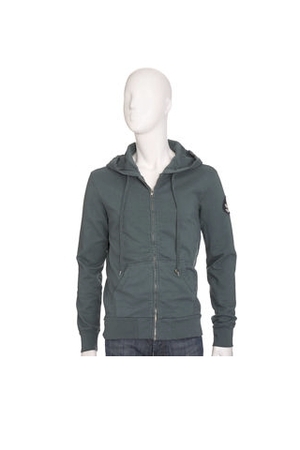 …..
Celebrity Leather Jacket: Hugh Jackman and Daughter Ava (13 January 2010). Hugh Jackman’s daughter Ava steals the thunder from her famous dad. What an adorable kid. Isn’t it nice to see a Hollywood family doing normal things like shoulder rides that we non-celebrities do? We wonder if Hugh is also singing that “Got an angel on my shoulder….” song by The Cascades. OMG. We’re old. We know a song from the 1980s !!! 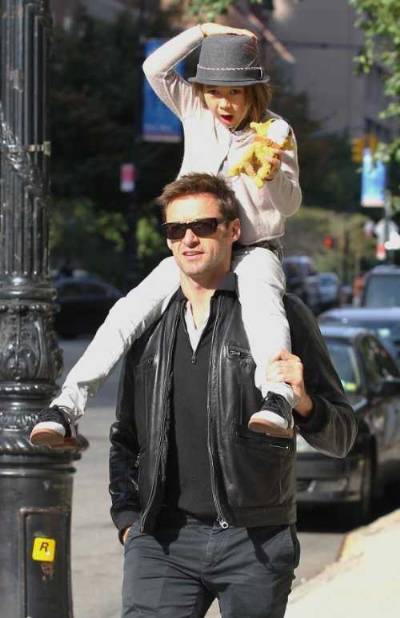 Anyhoo, want to read more on Hugh Jackman’s fashion? Or maybe you’d rather check out these celebrity kids?