Hot Bartenders Male Edition. In the past, we’ve given you some hot lawyers, hot teachers, and hot doctors. Now, let’s check out some hot bartenders — whether IRL bartender guys or make believe bartenders on the big or small screen. Let’s start with this cutie pie from a service company called Waiters in Boxers. According to the Business News Daily, the company was founded “as a way to let women experience things that guys have had for years thanks to chains like Hooters”. 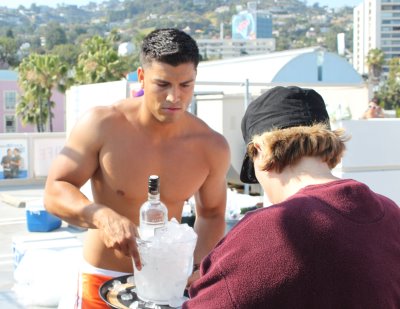 The next guy is from Cosmo Magazine’s Hot Bartenders list from back in 2009. Does this dude remind you of William Levy? He kinda looks like him, no? 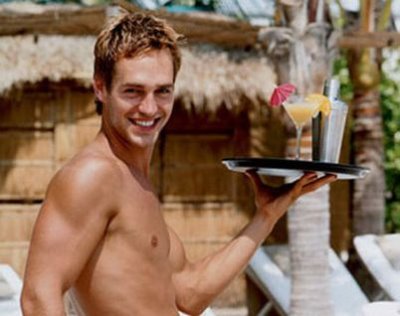 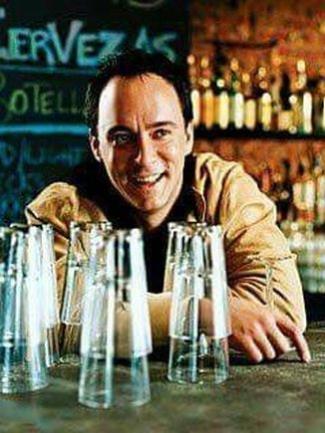 Liquor.com has the info about Dave’s bartending gig:

Before selling 30 million records, Dave Matthews was a bartender at Miller’s, a Charlottesville, Va., dive bar. While working at the establishment in 1990, Matthews befriended lawyer Ross Hoffman, who encouraged him to start writing more songs and playing with local musicians. (Hoffman also became the band’s first manager.) Twenty years later, the Dave Matthews Band is still performing, and Miller’s has become a destination for the group’s super-fans.

Another bartender-turned-celebrity is Bruce Willis who worked at New York nightclubs Chelsea Central and Kamikaze. Check him out: 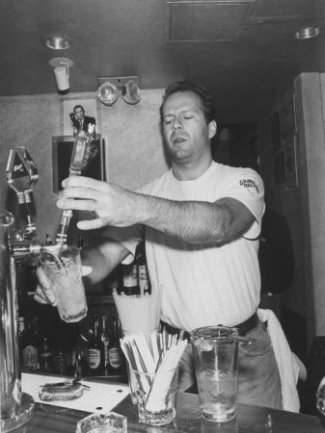 Other famous celebrities who did bartending jobs before they became famous are: Jon Stewart (at famed New Jersey punk venue City Gardens), Bill Cosby (while studying at Temple University), and Alec Baldwin (at Studio 54 in New York). If you know of more former bartenders who are now famous, please tell in the comments.

But let’s go back to non-celebrity hot bartenders, shall we? Here’s one we grabbed from hushmagazine.ca. His name is Nelson Ray and he works — or used to work — at the Pidgin/The Portside Pub in Vancouver. He was listed by Hush Magazine as one of “Vancouver’s Five Sexiest Bartenders” in 2014. 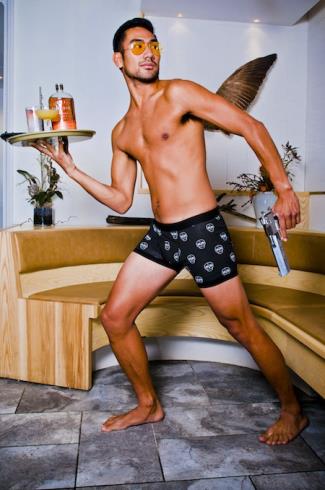 Now, if there’s a bartender we’d like to bring home to mama, it would be Zach Bauer of Monks bar in Missoula. 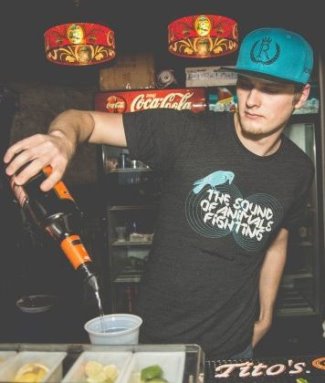 In 2015, Zack was voted by listeners of 1075zoofm.com as one of Top 10 Hottest Male Bartenders in Missoula. He sure is a cutie pie, ain’t he?

Now, let’s end this post with a the guy who inspired us to make us this list of hot bartenders — Sharone Hakman. Sharone was a contestant on Gordon Ramsey’s MasterChef and, more recently, “co-hosted” Khloe Kardashian’s now-cancelled talk show, Kocktails With Khloe. 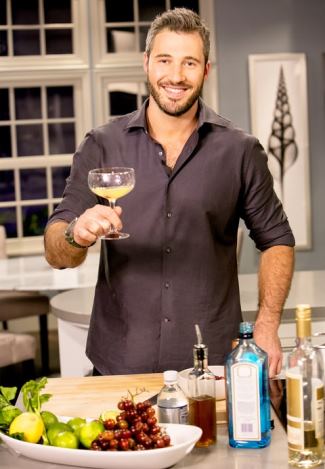 So that’s it for now, Famewatchers.