Who is Will Adamowicz? He is Emma Watson’s Boyfriend. Does Emma Watson have a boyfriend? Yes she does. His name is Will Adamowicz and he’s a student like Emma. According to the Daily Mail, Emma and Will met at Oxford University. Interestingly, both of them actually transferred from Brown University in Rhode Island but only met in Oxford. Will will reportedly go back to Brown to finish his studies and it is expected that Emma will do the same. The Harry Potter actress is studying literature while her beau is studying …. well, we must admit that we don’t know what he is studying in Brown/Oxford.

However, according to a source who blabbed to Katie Nicholls of the Daily Mail, Emma will take a break from school to concentrate on some Hollywood projects. Says the source (who may or may not be reliable):

Emma is taking another term off from Brown. She’s been inundated with film offers and has a number of movies coming up that she’s promoting. She feels that she has to choose a new path.

Emma has several projects on her plate according to IMDB. She is currently filming the biblical tale of Noah (which also stars Russell Crowe, Jennifer Connelly, Anthony Hopkins, and others), the Bling Ring and End of the World are in post-production while The Perks of Being a Wallflower is slated for release sometime this coming September. 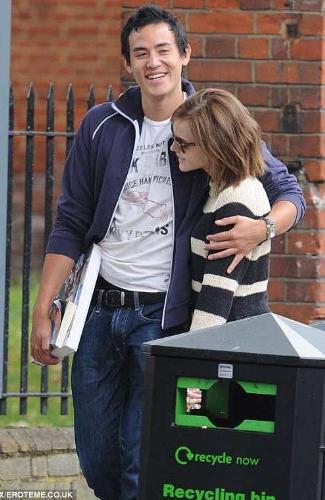 Hello, lovebirds! How tall is Will Adamowicz? Looking at their pictures, its obvious that he’s much taller than his girlfriend. So if Emma is 5’5″ (according to her IMDB profile), he must be anywhere from 5’11 to 6 feet, right? What say you, people who know Will? Does he come anywhere near 6 feet? 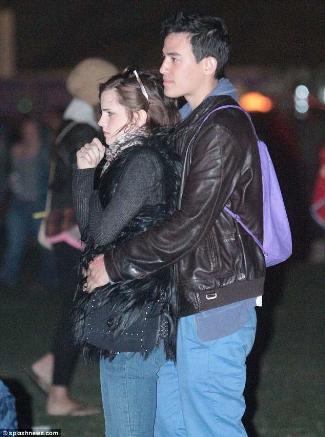 How sweet. These two surely love them their jeans, don’t they? For our other posts on the Harry Potter actress, check out Emma Watson’s Skinny Jeans and Emma Watson’s Underwear.

Who is Will Adamowicz? He is Emma Watson’s Boyfriend. Posted 26 August 2012.