Yuriy Cheban Canoe Racing Hunk is Olympic Gold Medalist. What do you call an athlete in canoe racing? Canoer, canoeist, or canoe racers? The usually dependable online dictionaries do not have a clue and, apparently, even those who engage in the sport of canoe racers are undecided about the matter.

But let’s leave the issue for another day because we want you to focus on the cuteness of Yuriy Cheban, the Ukrainian canoe racer who won the gold medal in the recently concluded London 2012 Olympic Games. Does he remind you of Hollywood actor James Marsden?

The curly hair, the dimples, the impish smile that seems to say “Wanna do the dirrrrtttyyyy with me?”, the hat that faces the back, and the joyfulness that exudes from him are all soooo James Marsden. 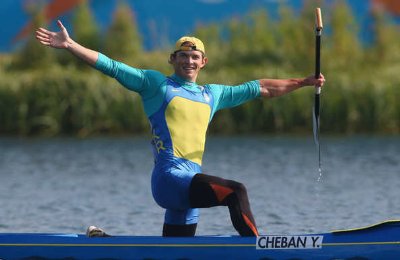 Muscles in motion. Twenty-six year-old Yuriy beats the rest of the competition in London. 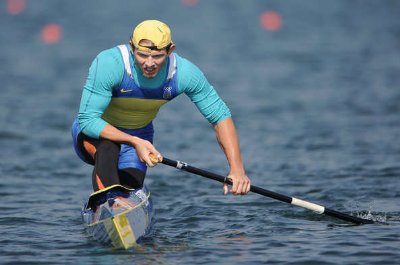 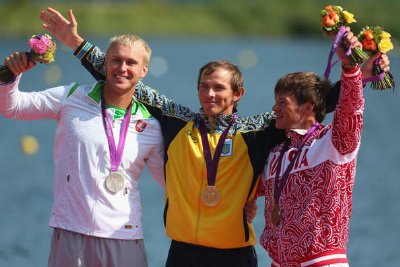 Aside from the gold medal, Yuriy’s victory earned him the amount of $50,000 as a bonus from the Odesa Regional State Administration. The Kyiv Post also reports that the city gave him an apartment.

Says Odesa Mayor Oleksiy Kostusev: “Our athletes were competing with dignity and dedication, and they brought a good result for the country. As a resident of Odesa, I’m proud that there are Odesa athletes among Olympians. And, of course, it is a great joy to us all that a resident of Odesa became an Olympic champion and contributed to the glorification of our city.”

He adds: “There are a lot of talented people in Odesa region. However, unfortunately, not all of them remain here. In order to prevent our champion from leaving our hero city, I want to give him the documents for an apartment in Odesa.”

Nice, no? That’s really a good way for a city to keep its athletes. Yuriy is one of six Ukrainian athletes (or in the case of women’s rowing, a team of athletes) who won a gold medal in London 2012.