In fact, she’s in much better shape than our 30-something friend, Deena. Want more Celebrities Wearing Bandage Dresses? 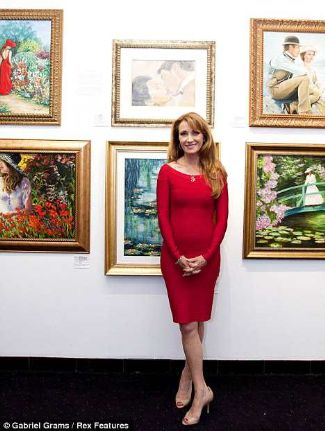 But we already know that Lady Jane is in pretty good shape from her Dancing With the Stars gig, don’t we? You don’t outlast the young ‘uns and land in 6th place in a very physical reality TV competition if you are not in good shape.

So what is Jane doing now? Did you know that, aside from being a talented actress and dancer, she’s a talented painter as well?

It’s one of her many talents that not a lot of people have heard about so we are happy to note that she is having an exhibit of her at the Wentworth Gallery in Shaumburg, Illinois. 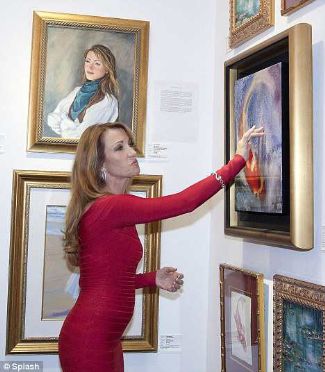 One of Jane’s masterpieces, Forever Poppies. Looks pretty good, no? 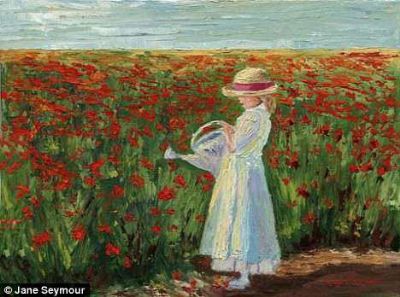 Now if you are a Jane Seymour fan (and we are since we watched her as Dr. Quinn, Medicine Woman) on our television back in the 1990s), what should you look forward to in terms of movies and television projects?

Well, you should watch out for Austenland where she plays the role of Mrs. Wattlesbrook. She’s also cast in the comedy-drama Jake Squared which is currently in pre-production and is scheduled for release in 2013.

In the small screen, our Lady Jane is in the TV movie musical Elixir. You should also see her in the crime/drama series, Franklin & Bash.

By the way, it’s proper to call her Lady Jane, right? Since she is an awardee of Britain’s OBE (Order of the British Empire), we’re presuming that “Lady” comes with the award. But our presumption may very well be wrong because we’re really clueless on this one.

Anyhoo, for more older female celebrities who look continue to look fabulous (and sometimes better than the young ones), check out these women in their forties particularly these celebs in Swimsuits for Older Women.