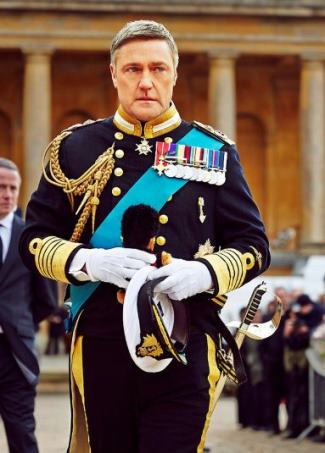 Our hot daddy has been acting since 1992 but his Famemeter exploded worldwide when he was cast in the 2009 blockbuster movie 300 where he played the role of Captain Artemis. Here’s Vincent as Captain Artemis looking hot with no shirt on: 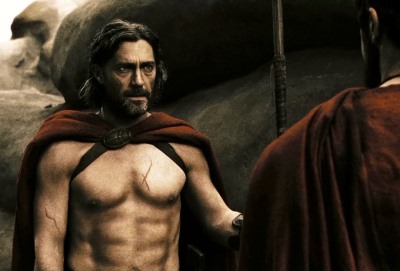 Vincent Regan Shirtless is Hawt. To get those washboard abs, Vincent and his co-stars underwent a tough workout regime which obviously paid off big time. Check out his eight-week transformation from a guy with love handles to a slim fit hunk with a to-die-for bod.

In 2007 Vincent played the role of demolition worker Charlie Morgan, a married family man who shared a room with a younger co-worker played by Will Mellor. 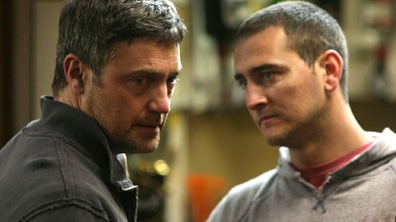 The younger man then initiated Charlie to expanding his options in bed which awakened the latter’s slumbering bisexuality. [Want more hot construction workers?] 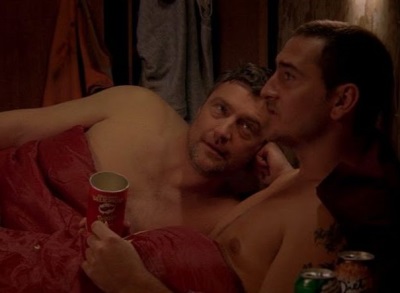 Things got very complicated from there. Rather than me telling you all about it, you can actually watch this on Youtube; it is an episode (titled: Demolition) of the award-winning BBC One TV series, The Street. Here’s a clip from Demolition showing Charlie Morgan being harassed by his co-workers when they found out about his sexuality:

Is this the saddest movie/tv portrayal of a middle-aged gay/bisexual man who just discovered? We sure think so. If you can think of something else, do tell in the comments.

For those who are wondering, Vincent is straight in real life. Our friends at gayorstraight.com give him a gaydar rating of only 60% which means he is “quite straight in comparison to other celebrities”. Vincent is married to actress Amelia Curtis with whom he has two children; he has a third child from an earlier marriage.