Arlen Escarpeta (American Dreams) is set for a recurring role on Syfy drama series The Magicians, from Universal Cable Productions… Escarpeta will play Prince Ess, a handsome, rugged, pelt-clad man, with a sort of frat bro air of entitlement and the ruler of Loria.

While waiting for Price Ess and his rugged handsomeness, let us check out some Arlen Escarpeta shirtless photos, shall we? 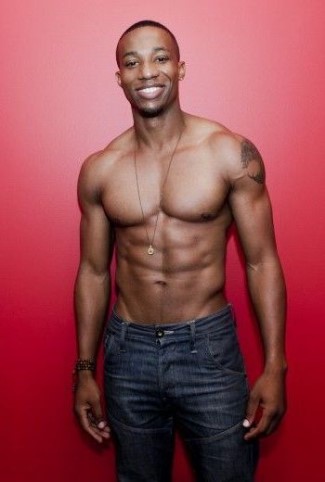 He must have one of the sexiest abs in Hollywood, no? [Want more celebrity washboard abs?] In the pic below, our Arlen goes shirtless during a Hollywood Knights basketball charity event. 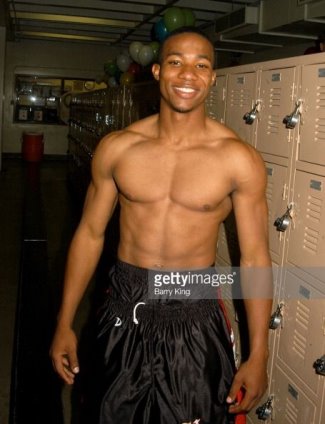 Arlen Escarpeta Underwear: Boxers or Briefs? The 30-something actor wears boxer briefs in this scene from the 2015 TV-movie, Whitney. He plays Whitney’s ex Bobby Brown. 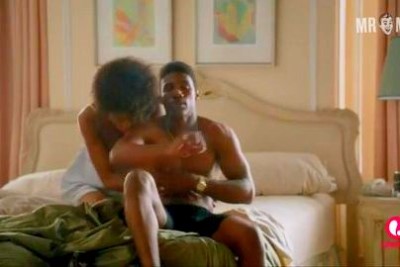 So he is a boxer briefs kind of guy but what brand of undies does he prefer? Well, this peekabo underwear pic of our hunky actor gives us a glimpse of his underwear which tells us that he likes him his Calvin Klein. 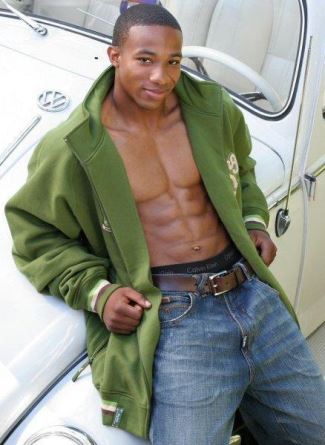 Arlen Escarpeta Gay or Straight? Girlfriend? Is Arlen gay or straight? He is straight. And he is dating an actress named LaToya Tonodeo. Here’s a photo of the lovely couple during a red carpet event for the 2014 movie, Into The Storm. 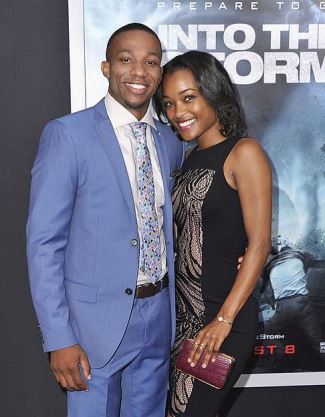 Want another Arlen Escarpeta shirtless pic? Of course you do! Here’s one where his Fruit of the Loom makes a peekabo appearance. 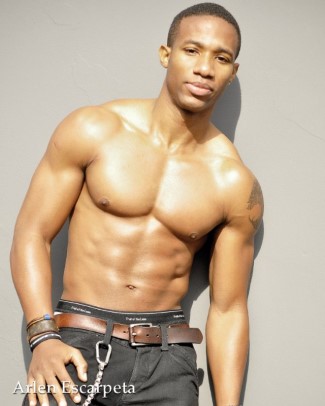 In conclusion, let us end this post with some words of wisdom from Arlen to those who are just getting in the acting biz:

Whatever your reasons are for wanting to be an actor, whether it be fame, money or just chasing the dream, it’s never easy and it’s hard work. Depending on what angle you approach it from, you will still have an uphill battle. I wanted to phrase it that way because a lot of people want to be famous and be on television and that is fine, there is nothing wrong with that, just know what comes with it. It’s a job and by all means respect the craft, respect the people that have come before you and the ones who will come after you. Not saying that you have to be a role model per say, but once you join this you are on a platform whether you like it or not. People look at you and will judge you differently and it’s a different world. You are not the same whether you want to be or not, it doesn’t matter and that’s the reality of it. [via thepcprinciple.com]