Tye Sheridan Shirtless, Girlfriend, Suit and Tie Fashion. Today in hot men in suits, we bring you actor Tye Sheridan who is always on point whenever he makes a red carpet appearance. Tom and Lorenzo once criticized him for always going for the “older gentleman” look and not going for a more youthful or playful vibe but we don’t mind it because the classic look suits him very nicely.

Our favorite of his red carpet looks is probably his ensemble at the June 2019 premiere of Dark Phoenix. Check it out: 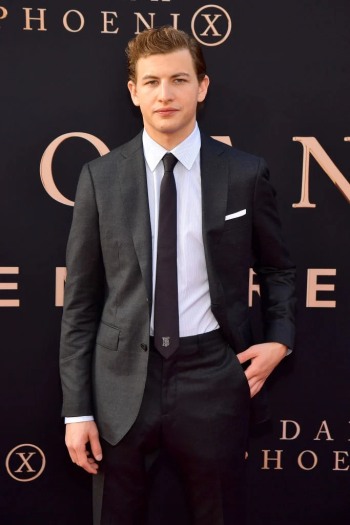 But really, he rocks any suit he wears, no? 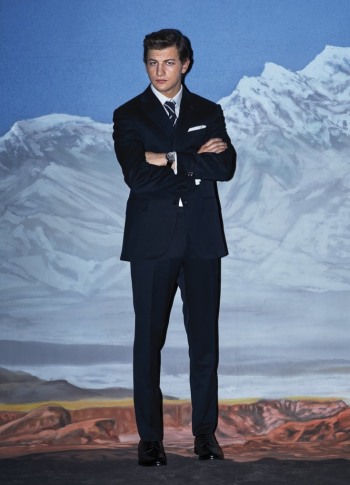 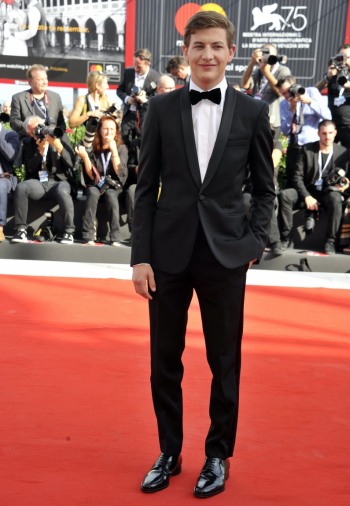 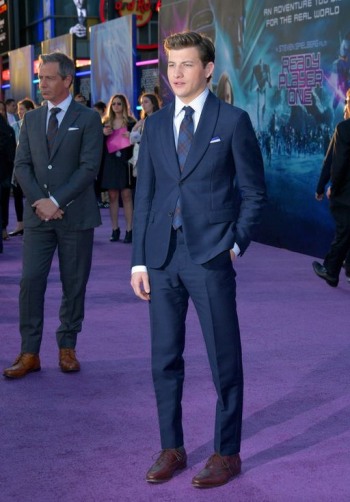 Tye Sheridan Movies and TV Shows. To date, the young actor has starred in 28 movies/TV shows per his IMDB page. His most recent project, and the one we’re so looking forward to watching, is the movie The Card Counter where he co-stars with our imaginary beau zaddy Oscar Isaac.

The film, which also stars another Famewatcher favorite Tiffany Hadish, premiered in Venice a few days ago and critics are raving about it. The crime drama, which is written and directed by Paul Schrader, currently sits at a 100% fresh rating in Rotten Tomatoes. Wow. 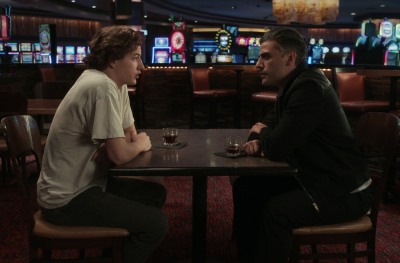 But this ain’t the first time our talented 24-year-old actor has appeared in a critically acclaimed movie. For instance, he starred in the 2013 movie Mud which earned him acting trophies from various award-giving bodies around the world such as the Film Independent Spirit Awards, Las Vegas Film Critics Society Awards, and the Festival 2 Valenciennes.

Oh, he also won for his other movies too. Specifically, he bagged the Marcello Mastroianni Award for Best Young Actor at the Venice Film Festival for his role in the 2013 movie Joe and he won the Golden Goblet for Best Actor at the Shanghai International Film Festival for playing the lead role in the movie Friday’s Child (or Age Out). Here’s Tye and his trophy from Venice: 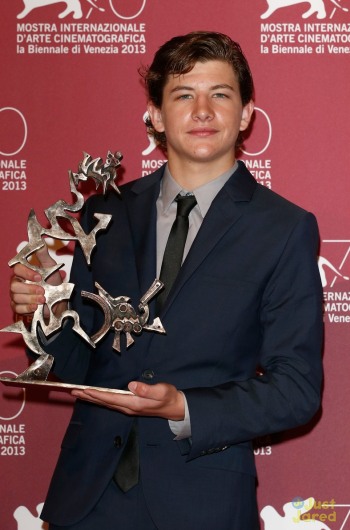 Tye Sheridan Shirtless and Underwear Photos. Okay, here’s the section for the thirsty hos among us who are fans of shirtless celebrities. Here’s Tye in boxer shorts from the movie The Mountain: 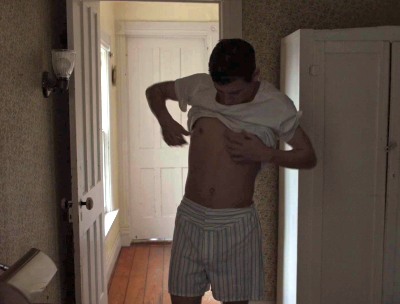 And some “shirtless pics” from an editorial photoshoot he did with W Magazine: 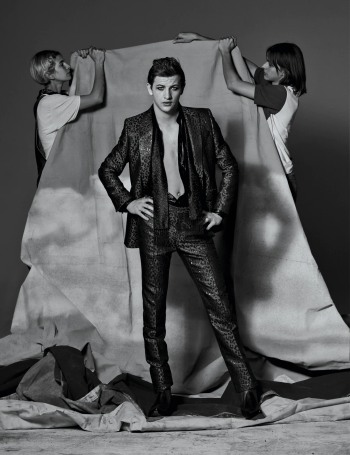 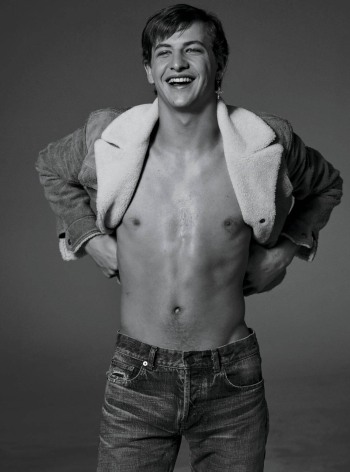 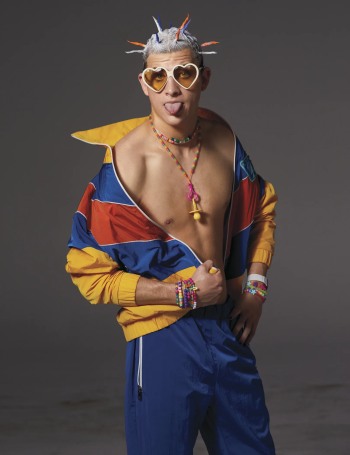 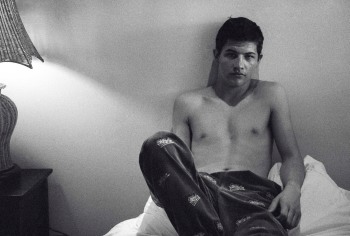 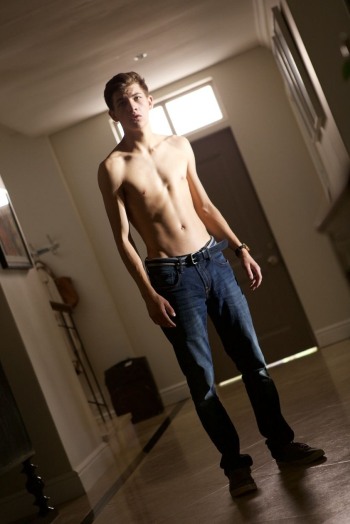 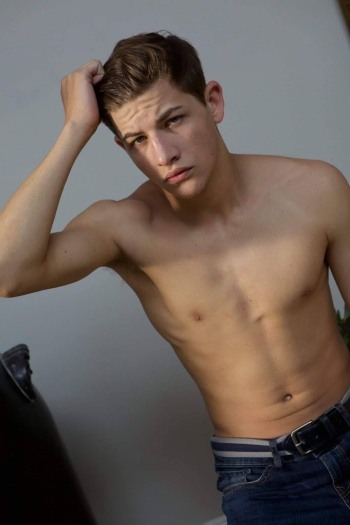 Tye Sheridan Gay or Straight? Girlfriend or Boyfriend? He is straight. We do not know if he is in a relationship at the moment but he dated British actress Sophie Turner who was his co-star in The X-Men: Apocalypse. Here’s a photo of the ex-lovebirds: 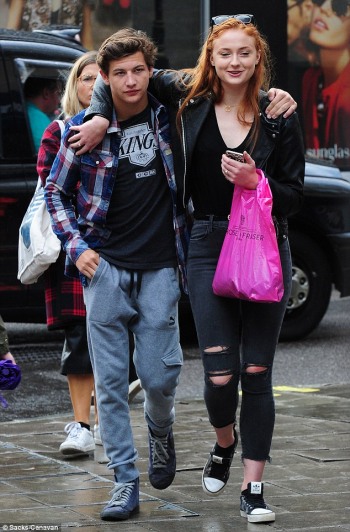 We’ll leave you with this joyful photo of the young actor in his track suit. Haha. 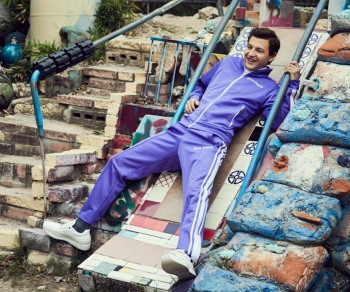