Tony Stark Iron Man Leather Jacket and Fashion Style. What brand of leather jacket is Tony Stark (played by Robert Downey Jr.) wearing above? Well, our friends at coolspotters.com have identified it as a Ralph Lauren biker leather jacket. 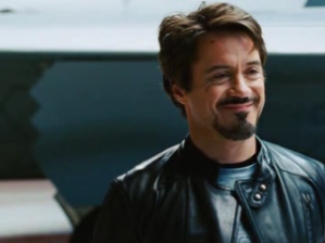 Let’s take a closer look at the outfit: 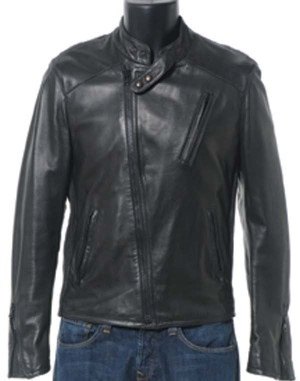 Here’s another pic of Tony Stark, rocking his biker leather, with his chauffeur and personal assistant Happy Hogan (played by Jon Favreau). 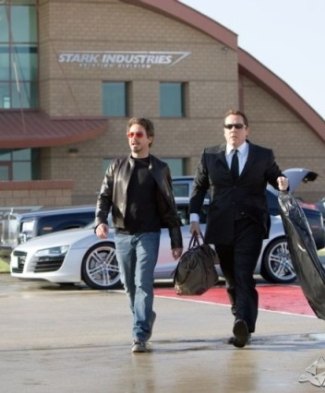 What other designer labels does Tony Stark wear? Apparently, he likes him his Prada polo shirt as he was spotter wearing one in Iron Man II. 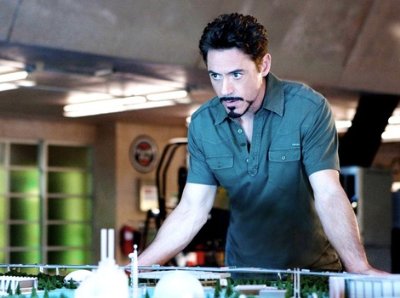 When it comes to tank top shirts, our Tony is partial to classic Calvin Klein muscle shirts. [Want more guys in tank top? Go check out our post on Sexy Men in Designer Tank Tops.] 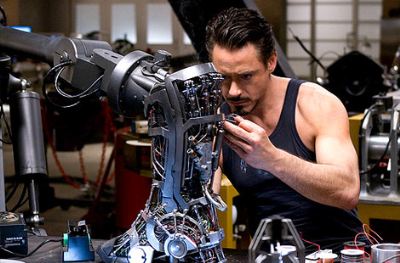 As for the brand of wristwatch he wears, our superhero prefers Jaeger-LeCoultre AMVOX 3 Tourbillion Watch which is described as (via coolspotters):

The first round ceramic case manufactured by Jaeger-LeCoultre, this timepiece combines high resistance with stability. Its automatic movement with a tourbillon proclaims its high watchmaking lineage. The watch is produced in a limited series of 300 watches. 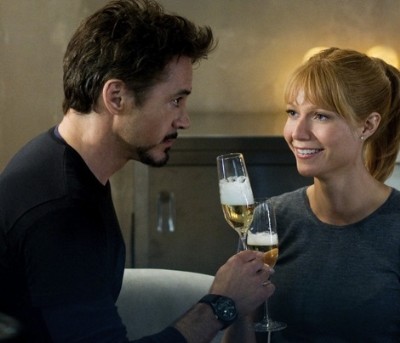 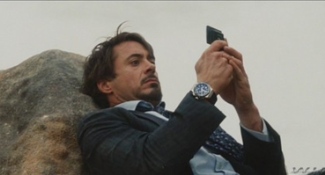 And what brand of eyeglasses is Iron Man wearing in our next picture below? That, fellow Famewatcher is a Von Zipper Fulton sunglasses. 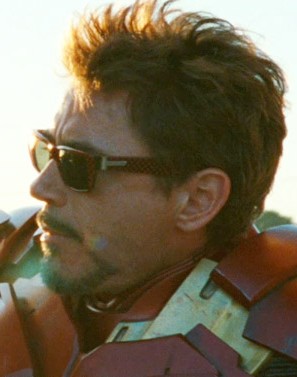 We haven’t heard of the brand before but it must be pretty good if Iron Man likes it. More info about this accessory via coolspotters:

You might not be a millionaire, and you might not have your own metal suit that can shoot lightning at people and fly, but you can rock the Von Zipper Fulton Polarized Sunglasses just as hard. The polycarbonate lenses and nylon Grilamid frame make the Fulton nearly indestructible, and the polarized lenses block glare so you can see better in bright conditions. The straightforward style hints at a superhero alter-ego and gives people the idea that there is more to you than meets the eye. 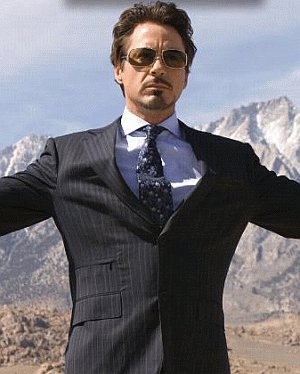 We’re getting messianic and “Jesusy” there eh, Tony?