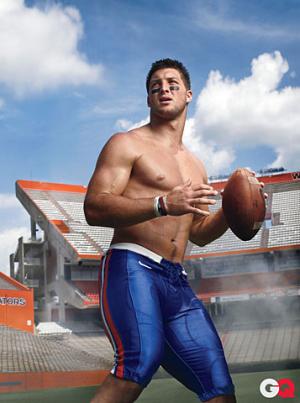 What barbell workout is he doing here? Looks like a deadlift or a barbell front raise but you can’t do either with that chain and stuff getting in the way of his motion. 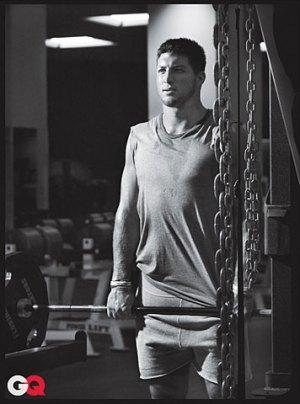 Hey look, our Tim is crunching his abs. 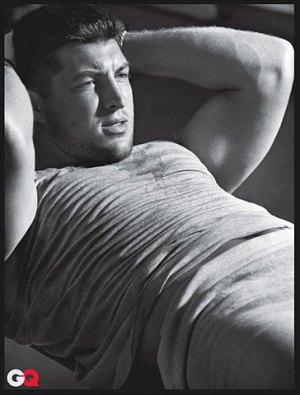 This is how you sculpt your biceps. 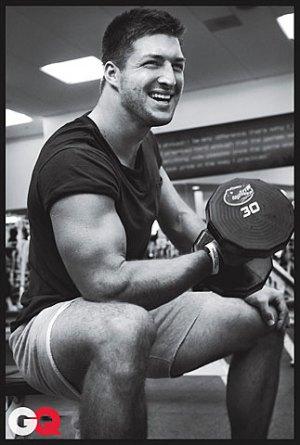 He is doing it all for the glory of God. 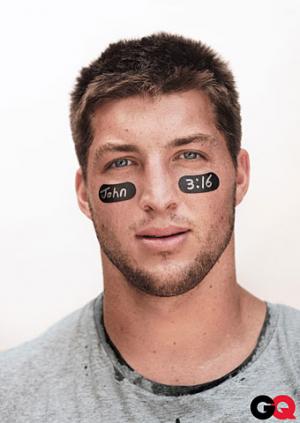 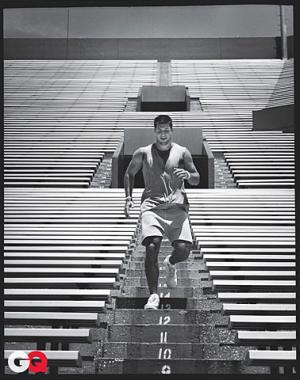 Aww. It’s our Tebow with a smile. This is how you win over your critics, Tim! 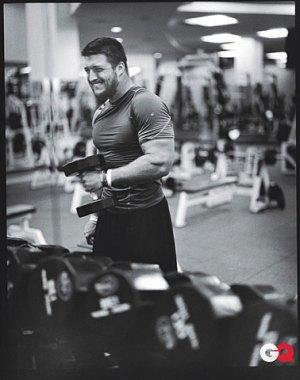 Tim Tebow Workout Video: Tim Talks About His Workout Routines. You are more into videos rather than photos? Well, you’re lucky because here are two videos of the Denver Broncos quarterback talking about his workouts during the off-season. The boy has bulked up more from the last time we blogged about him. The video also features trainer Kurt Hester.

Question: Which version of Tim “I Love Jesus More Than My Girlfriend” Tebow do you like better: the clean-shaven dude or the one with the facial hair you see in this video? We think he looks better without the facial hair. By the way, despite his bulky hugeness and his facial hair, ain’t some of his mannerisms what you would call “girly”? Check out the video. Tim’s workout focused on building his upper body strength.