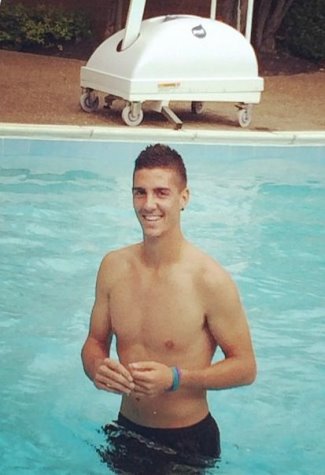 Let’s add Thanasi Kokkinakis, an up-and-coming tennis player from Australia, to our list of shirtless tennis players. Thanasi is friends with another up-and-comer, Nick Kyrgios, who had his breakout moment in Wimbledon this year when he beat Rafael Nadal and Richard Gasquet to reach the quarterfinals. 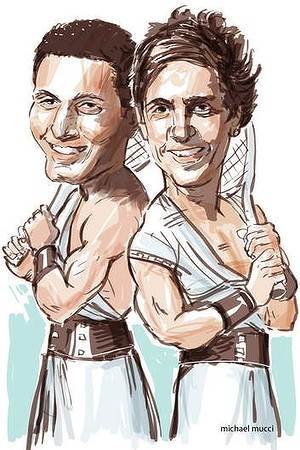 Kokkinakis and Kyrgios are known as K2 in the Land Down Under. Will Kokkinakis have a breakout moment like his friend did? Given his talent, we think its just a matter of time. He’s currently ranked at #187 by the Association of Tennis Professionals (ATP). We won’t be surprised if he cracked the top 100 in a year’s time. After all, wasn’t he ranked at #570 a year ago?

More about Thanasi from his tennis.com.au profile:

Want another Thanasi Kokkinakis shirtless photo? Let’s end this post with this instagram video of Thanasi doing the ice bucket ALS challenge. Oops, sorry the video appears to be un-embeddable (or we’re just clueless on how to to it) so here’s a screenshot of a bespectacled Thanasi waiting for a bucket of ice+water to be poured on him. Doesn’t he look like a geeky Superman? 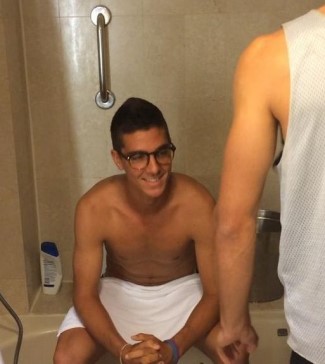 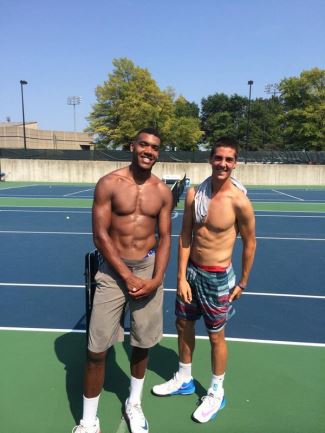 Who’s the other shirtless dude?

Update: By the way, here’s a link for those of you who want to see Nick Kyrgios as a Bonds Underwear Model.