Today in male celebrity underwear, we bring you retired football wide receiver and his boxer shorts. Actually, we are also bringing you Terrell and his Speedo briefs, briefs underwear, and boxer briefs. Check ’em out, will ya First, here’s Terrell rockin’ his boxer shorts. 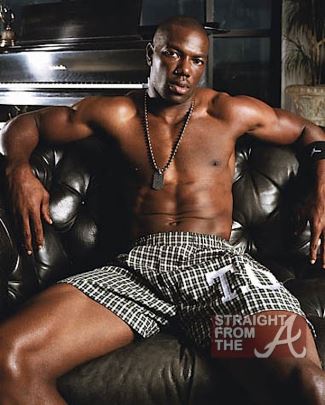 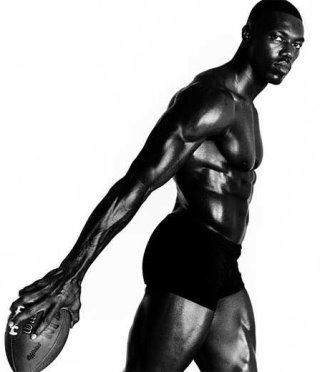 The next pic below is our favorite. Who doesn’t like a guy in his briefs, huh?

The retired NFL pro is back in the headlines these days because he’s been cast as one of the celebrity dancers in the upcoming edition of Dancing With the Stars. We still have to see if he can dance but if he’s got some dancing skills, we won’t be surprised if he goes all the way to the finale. He’s kinda lucky he’s paired with Cheryl Burke who is known for competitive dancers even more competitive. Here’s a photo of the DWTS dance partners. 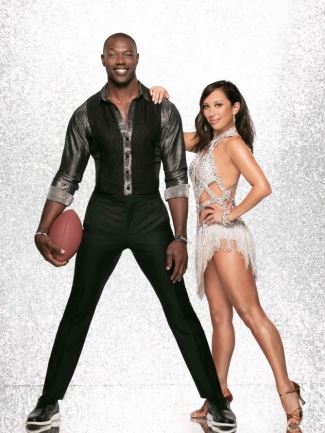 And here’s how Terrell and Cheryl are assessing their chances of winning the mirror ball trophy and preparing for the competition. Says Cheryl (via Newsweek):

“He’s a performer so I’m definitely going to use that to my advantage,” Burke said. “As long as we do the work in the studio and really practice hard, then he’ll do whatever he likes on the dance floor.”

“I’m hoping to put up some big numbers with this lovely lady right here,” he said. “This is going to be a challenge for me, definitely. [It’s] definitely not in my wheelhouse. I danced as a little kid but this is nothing like what I’m going to expect, I’m sure.”

This is, of course, not the first time Terrell is participating in a reality show competition. In fact, he was a contestant in the 2015 edition of The Apprentice. He also competed in the celebrity diving competition, Stars in Danger: The High Dive, which gave us the following Terrell Owens speedo photos:

Terrell as a runway model. 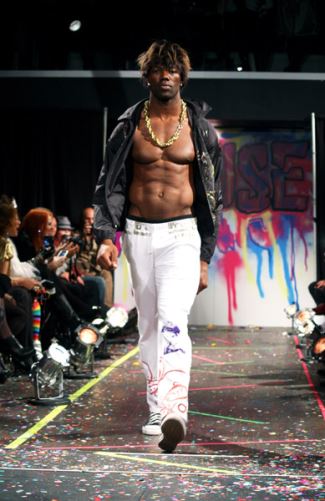 On the cover of Men’s Fitness Magazine. 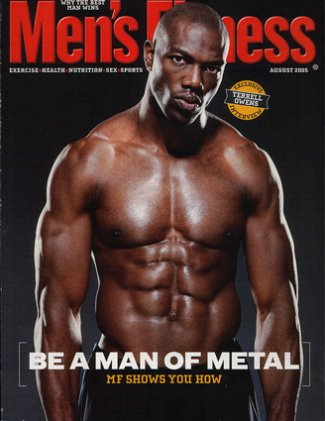 Is Terrell Owens gay or straight? He is straight. He also has four children with four different baby mamas.