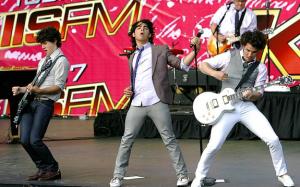 Joe is the cutest. Nick is the most talented. And the third guy is the oldest. 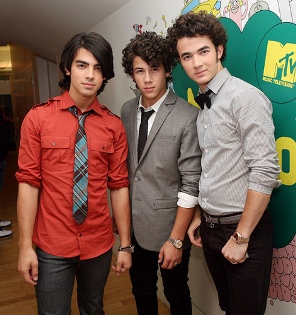 Anyhoo, in Jonas Brothers news, Kevin Jonas has reportedly picked his brothers as his best men for his upcoming wedding. Duh, no surprise there. These guys do practically everything together. So we’re more interested in knowing about who will design the bride’s wedding dress. Maybe a Vera Wang?

Want a closer look at a Jonas brother slim trousers? Check out this post update we wrote about Joe Jonas fashion style: 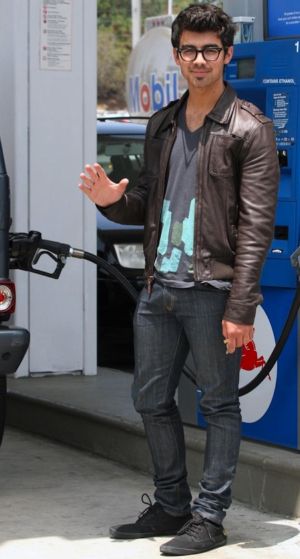 Not a lot of men can pull off the skinny jeans look (bad example: Ryan Reynolds). His music career may not be as hot as the previous years, but Joe Jonas would be glad to know that he’s one of the lucky ones who can look good in skinny jeans. 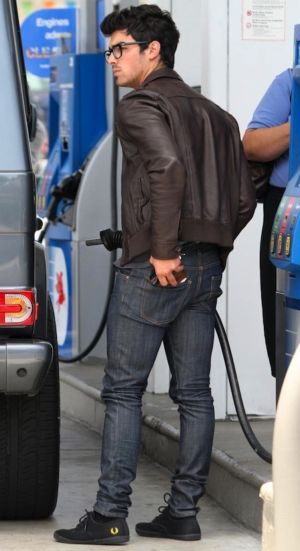 Wondering about that logo in Joe’s shoes? He’s wearing a Fred Perry Foxx Twill Shoes so that is a Fred Perry logo.. Here’s a closer look. 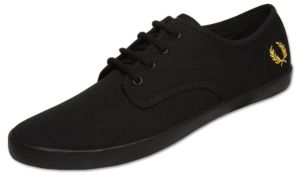 BLOG POSTS WE WROTE ABOUT THE JONAS BROTHERS:

Back in 2008, we wrote the following blog entry about the relative Power of the Jonas Brothers vis-a-vis another famous teen celebrity: Zac Efron. Who was more powerful then?

Can you believe it? The Jonas Brothers are among the most powerful celebrities according to Forbes Magazine. I’m surprised that they ranked higher than Zac Efron. Zac may look better in skinny pants but the Jonas trio outrank him when it comes to “celebrity power”. The brothers are the 89th most powerful in the entertainment world — for 2007 at least — while Zac Efron is number 92.

Okay. Okay. I’m sure you’ve heard of the Jonas Brothers already. They are super famous in your kid’s world and if you have a daughter she might be infatuated with one of them Jonases. Here’s a video of the Jonas Brothers song SOS in case you are wondering what makes them tick. Very nice, boys!

Okay. Okay. Their music are bouncy and easy on the ear but don’t you find this no sex before marriage silly? Really, Jonas Brothers. Are you serious about that? Or maybe you’re just thinking of marrying at a young age, eh?

I’m with Kennedy on the chastity stuff. As I said earlier, I find the Jonas Brothers’ chastity rings to be silly and ridiculous. Also, if a boy doesn’t want to have sex before he gets married, what’s the point in broadcasting it to the world? To tell others that he’s a better, more morally superior human being?