Superman Underwear For Men: Looking to buy some Superman underwear for men? Well check out these undies and see which of them is fit for yourself or for your man.

Ryan needs no introduction because he is one of the top male models right now. In fact, he is listed by models.com as one of its S*xiest Male Models. Apparently, you can make the list if you have 1) underwear, fragrance or swimwear campaign; 2) top tier editorials; and 3) a body that won’t quit.

Meanwhile, Franky is modeling an outfit from the 2016 Simons men’s underwear collection. Simons, a Canadian brand, must really love Franky because he also modeled for them in 2015.

One of our favorite male models, Scott Herman, gets ready to fly in his Superman briefs. Where’s your cape, Scott? 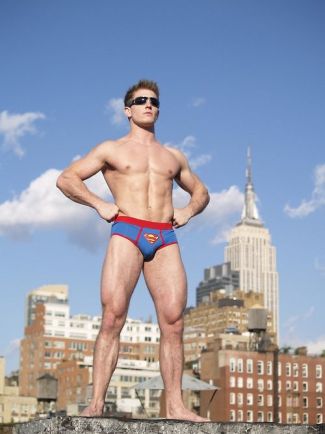 Want a model twosome? We bring you Seth Kuhlmann (left) and Jesse Dunphy (right). Who’d you rather? 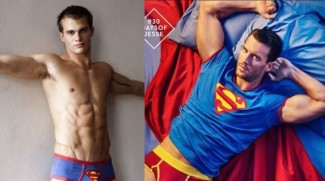 Jesse is technically not wearing a Superman underwear for men but we inluded him because he kinda looks like actor Henry Cavill.

Meanwhile, Seth Kuhlmann played football in college. Then he turned to modeling. Then he turned to acting and, to date, he has four acting credits to his name on IMDB. Is he going to be the next big male-model-turned-famous-actor like Ashton Kutcher? We sure hope so!

Now, fellow Famewatchers, please help us ID the next model because we do not know his name. He is what we call a hunky geek. Or a geeky hunk. Hunkiness + geekiness is the best combination in a man, isn’t it? 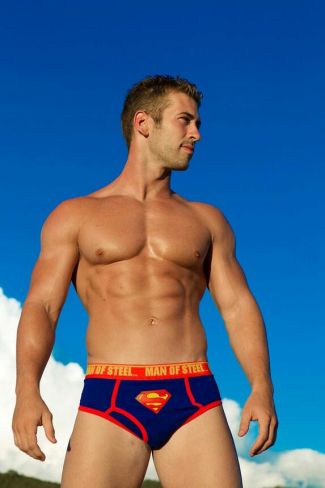 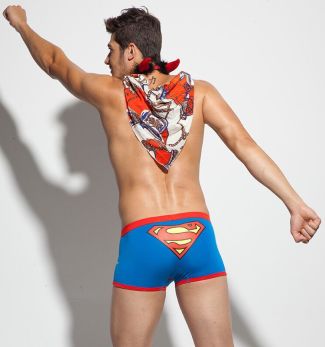 Here’s another male model we hope some of you can identify. Again, if you happen to know his name, please tell us in the comments. 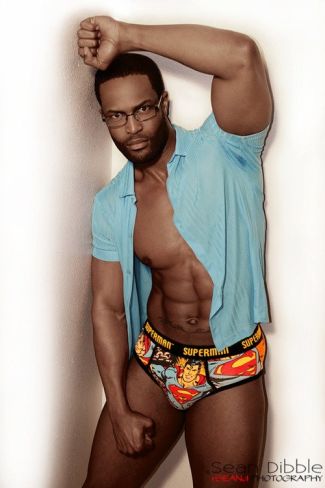 It’s not all briefs and boxer briefs when it comes to Superman underwear for men. You can find some thermal underwear for men too. You should buy a pair now that the winter months are coming. 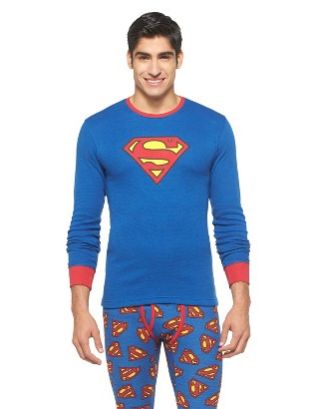