Bob Odenkirk Shirtless Comedian. OdenkirkWatchers, here’s a collection of shirtless photos of our talented funnyman who will soon star in Better Call Saul. Which of these shirtless pics is your favorite? Tell us in the comments. Let’s start from when he was younger and sporting a long, Jesusy hair. 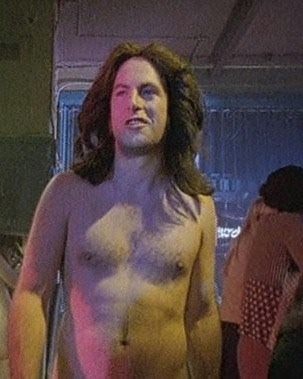 Hey, we’ve got an underwear sighting! Looks like our shirtless Bob is wearing boxer briefs while he serenades Janeane Garofalo in the Larry Sanders Show circa mid-1990s. 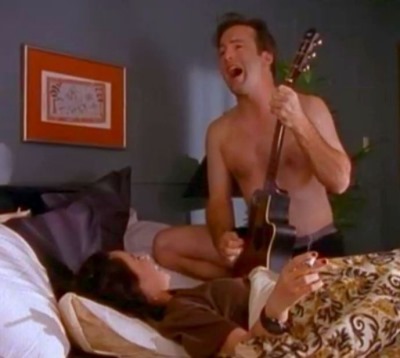 A more recent shirtless photo of Odenkirk taken two years ago during the San Francisco Sketchfest 2012 at the Marines Memorial Theater. 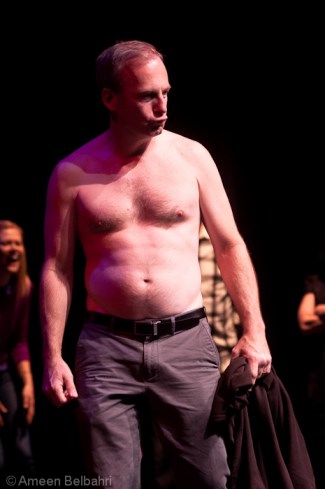 Not a shirtless pic but he clearly wants us to look at his sixpack abs (or shapeless blob according to our friend Kevin), so let’s take some time looking at it. 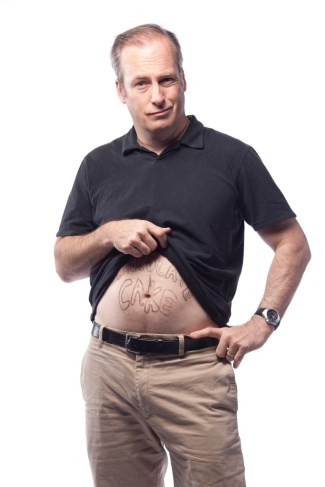 Now we are going to a darker, 50 Shades of Grey territory. Pic is from 1990s sketch comedy series the Mr. Show with Bob and David [Cross]. Is David Anastasia Steele to Bob Odenkirk’s Christian Grey? Or is it the other way around? 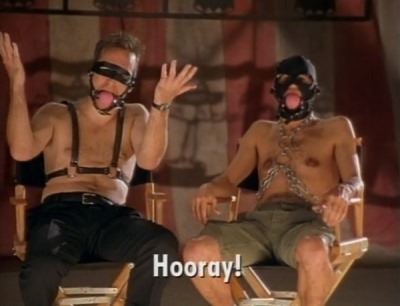 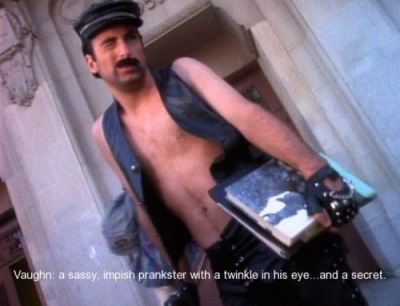 Things that make you go, hmmmmmmm. Bob and Will Arnett take their shirts off. Can you tell us what’s happening here? We thought they’re in a steam room but then we noticed that picture frame which has no business being in a steam room. Maybe they’re in a camping lodge? Remind you of the Jake Gyllenhaal Hearts Heath Ledger movie? Odenkirk and Arnett sitting on a tree! 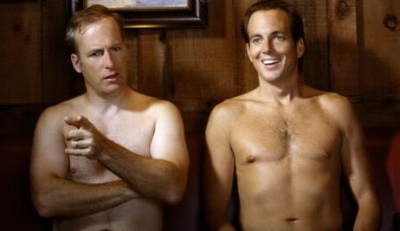 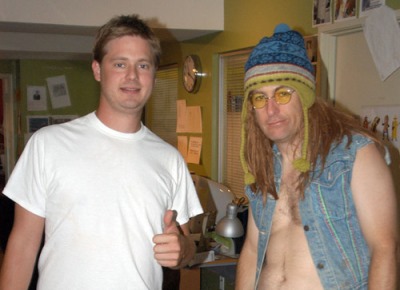 No contest, the last photo below is our favorite of this shirtless Bob Odenkirk collection. We love how the audience is loving a naked Bob. He looks oh-so-vulnerable. But he looks kind of hot too.

Pic is from back in 1998 during Comic Relief 8, a fund-raising event which raises funds for the charity non-government organization, Comic Relief Inc.