Is Henry Cavill Gay or Straight? We all thought he’s straight but then we came across a thread on afterld.com with some kinda intimate photos of the Superman actor with a dude and we went, “Hmmmm.”

Here are some of said photos: 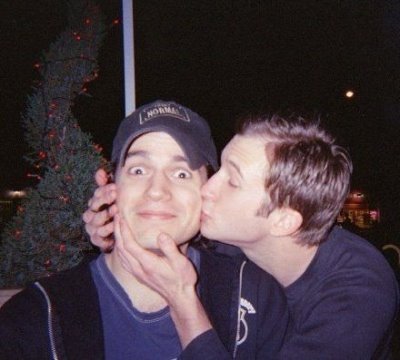 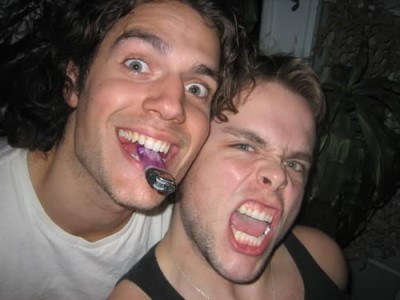 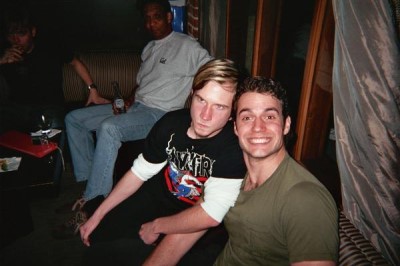 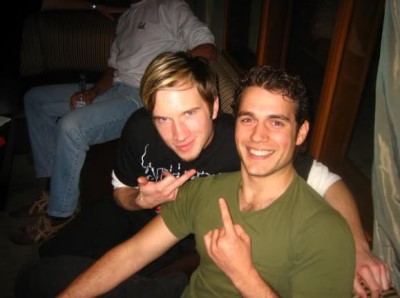 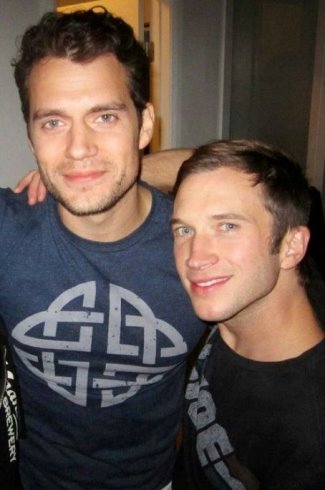 The pic below was apparently taken at the premiere of Henry’s first big Hollywood movie, Man of Steel. 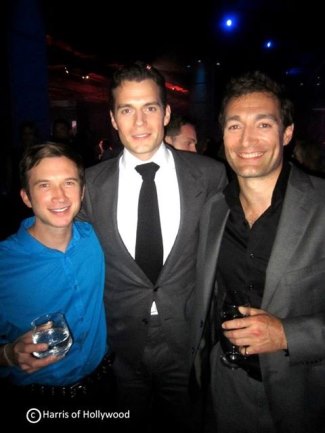 For those who are wondering, the guy’s name is Corey Spears. We think they are old friends who are simply physically comfortable with each other but some forumers at afterld.com are speculating whether these two are more than actually friends.

Says Sheize who started the thread:

So, apparently, Henry Cavill (from ‘Man of Steel’) used to date a gay actor named Corey Spears back in the day – before his rise to stardom – and they’re still friends.

Here are some pics, and it appears that there were more revealing pics from Corey’s facebook, but they got deleted. And he’s also close to Luke Evans (another gay actor hmm). Do we have another Matt Bomer case here?

And here’s what the others are saying:

That being said, if Henry IS gay then that s***s for Matt Bomer because the whole reason they didn’t offer him the role of Superman was clearly because he was an out gay male actor.

allure: ive taken tons of pics like that with straight friends. so thise pics mean nothing

vguy: We live in a different time now. The new generation (late teens-mid 20s) are very open-minded and comfortable with the whole “gay” thing. It’s the older generation that seem to have a problem or are still just stuck in the old days.

Rolando: Gays want all male celebrities to be gay, lol.

Enter the Circus: And women want the hot gay male celebrities to be straight.

****
That’s just a sample of the comments. What do you think, Famewatchers? Is Henry Cavill a friend of Dorothy. We still think he is straight despite the above photos but we wanted to find out what the voting denizens of gay-or-straight.com are saying about Henry.

Apparently, they agree with us. Here’s their rating for him:

Henry Cavill gaydar: According to 471 visitors Henry Cavill is 55% gay. However, the average gay-rating on gay-or-straight.com is 69%, which means Henry Cavill is quite straight in comparison to other celebrities on this website.

Let’s end this post with this photo of Henry and Corey Spears attending the W Magazine party early this year (January 2015). 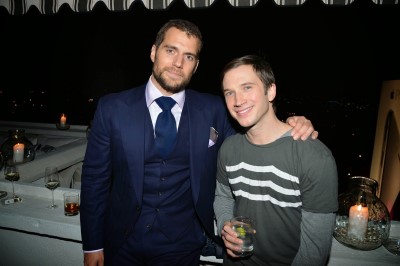 Whatever the relationship between Henry and Corey Spears (we think they’re friends), it is good to note that they are still close despite the fact that Henry has become the star of a superhero franchise.