Sexy Mens Leather Jacket. Is this the sexiest leather jacket or what? Honestly, we never thought putting a Nehru collar on a leather jacket will look pretty coll. Sure, the look is enhanced by the cutie that is Matt Lanter but we think this style will look great on anyone. [Related: Nehru Jacket Style Guide.] 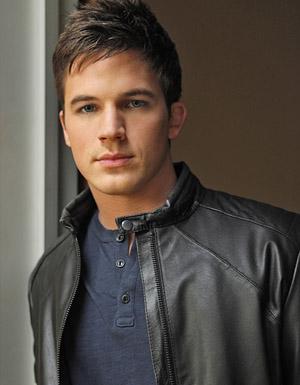 At any rate, it is sexier-looking than Tom Welling’s leather jacket. Sorry Tom, we love you but we’re not digging your leather outfit.

Whatever happened to this guy? He was the next big thing in Hollywood but he suddenly disappeared. His latest project according to IMDB is a movie called Mr. Nobody. We hope he doesn’t turn into a Mr. Nobody in real life because he’s a pretty talented actor.

Want another sexy guy in leather? Well, well, well let’s check out John Mayer. Sure some of you may not think he’s sexy but we think he is. But we do have a thing for singer dudes so maybe that’s why we find him sexy despite Deena’s general dislike of him.

Now, there is no question that American football wide receiver Terrell Owens is one hell of a sexy hunky He-Man guy but going shirtless in your leather jacket is not cool at all. In fact, we agree with our friend Deena that it is actually unsexy and that it could be a turn-off to the ladies. 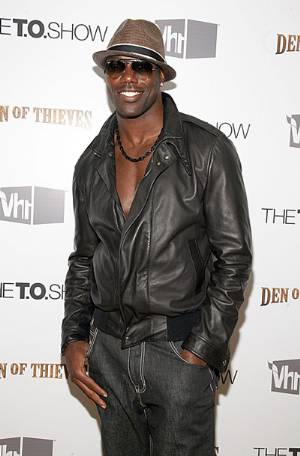 Okay, so those are your sexy male celebrities in their leather jacket. Let’s now check out some fabulous leather jackets from your favorite fashion designers. Tell us which of these jackets is the sexiest of them all. 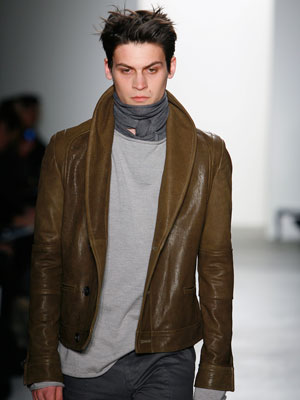 Then, here’s a bomber leather jacket from the Ralph Lauren leatherwear collection. 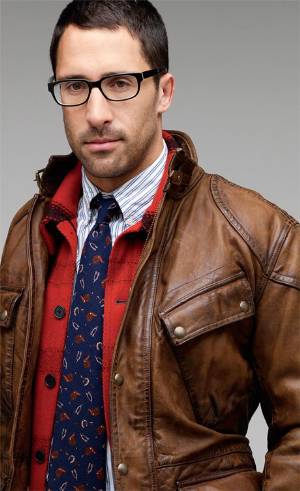 What about some black Armani leather jackets? Does this pic remind you of them leather-clad guys in Lady Gaga’s Alejandro. Well, its because them guys were also dressed by Armani. 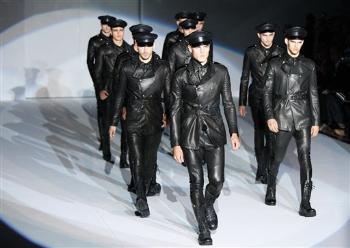 From Richard Chai to Ralph Lauren to Armani, let’s now check out this sexy mens leather jacket from the collection of Italian designer Roberto Cavalli. 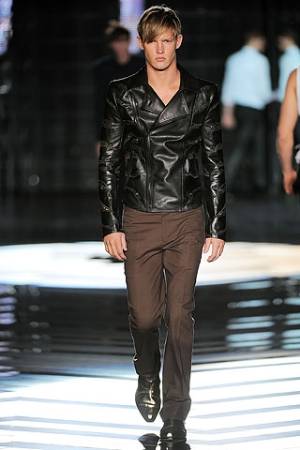 And last but not the least, here’s our favorite sexy mens leather jacket of them all, a Louis Vuitton.

Why is this our favorite, you ask? Because it’s damn fuckin’ reversible. It’s leather on one side and cashmere on the other. So if you’re kinda tired of wearing leather, you simply reverse your outfit and effin damn, you’ve got a cashmere jacket. Well played, Louis Vuitton, well played.